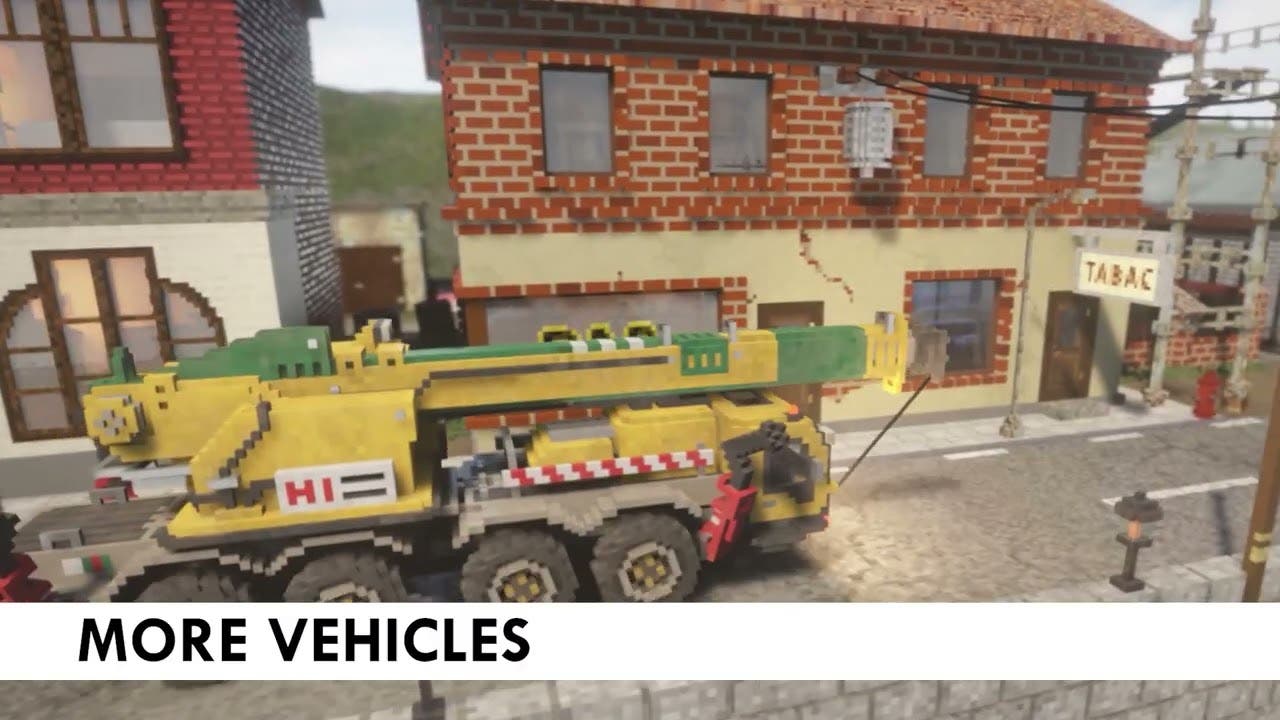 Sweden / April 5, 2022 – Prepare for the heist of a lifetime with Teardown, launching its 1.0 release on April 21! Already a viral hit with over 35,000 ‘overwhelmingly positive’ reviews on Steam, Teardown is a unique first-person single player destruction game from developer Tuxedo Labs. Following years of hard work fine-tuning and polishing the game, the 1.0 version of Teardown will launch on Steam for $19.99.

Teardown is a voxel based adventure that lets players live out their destructive fantasies with sledgehammers, vehicles, explosives, and more. As the struggling owner of a demolition company, what starts out as some harmless (well, mostly) jobs soon evolves into a more risky proposition. Take on heist jobs that require planning and problem solving. Blow up safes, steal cars, and ransack buildings to meet your goals. Be resourceful and inventive to puzzle your way through each level–there’s no one set solution!

Teardown features 100% fully destructible and interactive environments. Move, manipulate, or outright smash obstacles to create paths, find shortcuts, and finish each job. Teardown’s physics-based gameplay means strategy and creativity are required to avoid sticky situations. From traversing tropical islands to working around a raging tornado, Teardown has a wide variety of levels for players to explore and stretch the limits of their imagination.

In addition to the base campaign, Teardown has a robust modding community that encourages players to let their creativity run wild and make the game their own. Create unique characters and structures and obliterate them into nothingness within moments! Just out for a bit of stress relief? Teardown has a dedicated sandbox mode where players can smash and demolish to their heart’s content.

Ready to get in on the destruction? Teardown’s 1.0 build is coming to Steam April 21. In the meantime, keep up with news about the game by following Steam blogs, checking out Twitter or joining the Discord here.