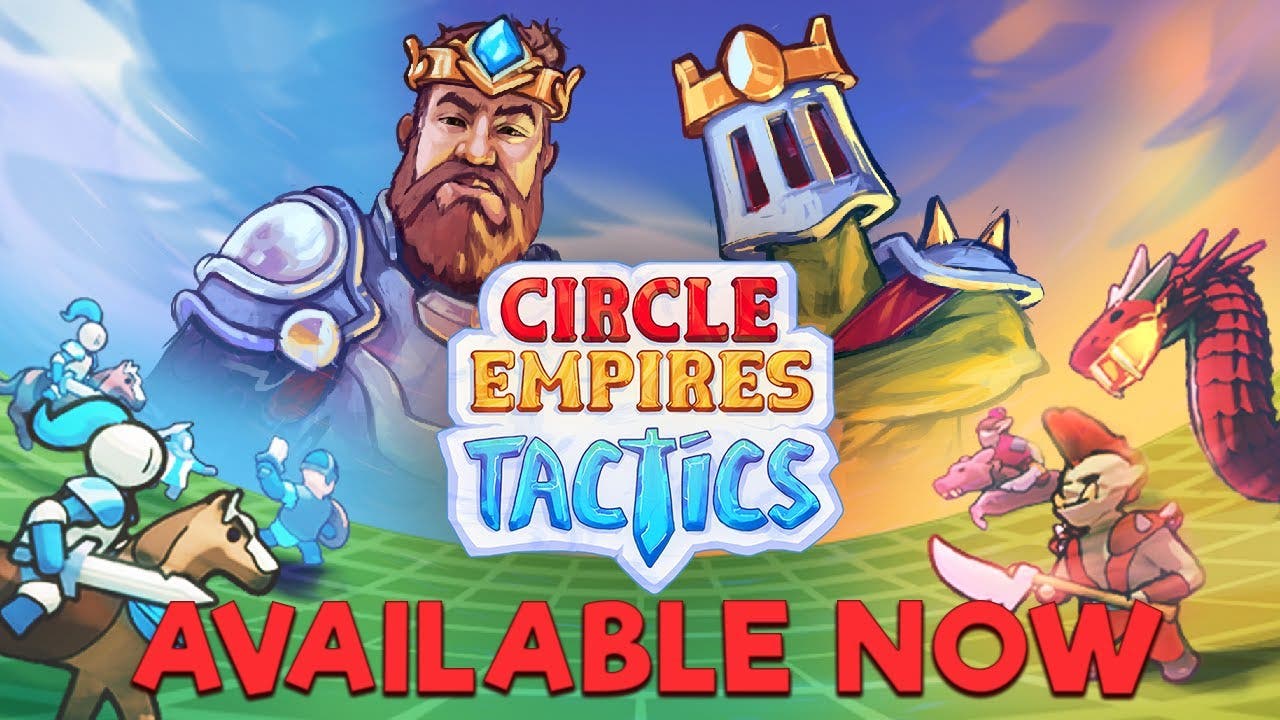 Circle Empires Tactics is the third entry in the series, now the turn-based strategy game is available on Steam today

Tactics is the 3rd instalment in the highly acclaimed Circle Empires franchise, this time featuring simultaneous turn-based combat! Peer into the minds of your friends to predict their plans in multiplayer. Or combine powerful magical tokens to infuse your army with unstoppable power, and take on evil demigods in single player.

Circle Empires Tactics was actually something I prototyped as far back as 2011. Historically, my focus was on the multiplayer mode, but over time the single player has grown into something exciting too thanks to the tokens mechanic. This changes the abilities of creatures, almost in the same way we balance the game as developers, only instead the player is trying to create as much imbalance as possible to win against overwhelming odds.

Whichever mode you play, I hope you have a lot of fun! I started this series as an indie demo almost 7 years ago, and am continually grateful to everyone who has supported us. I still find my work to be deeply rewarding, and am thrilled to take the Circle Empires franchise to this exciting new place with Tactics.

New to Circle Empires entirely? Or perhaps a veteran?

Play as the leader of the oppressive Human Empire, the brutal Lizard-Orc alliance or the cunning Wizards of light and darkness. Level up your leader and gain new skills allowing you to implement different strategies.

Each faction offers unique units and creatures, each with their own special abilities and traits. Play to your strengths to emerge victorious!

Circle Empires Tactics offers a wide range of difficulty levels for both single-player and co-op. Choose the difficulty level that fits your experience (or ego), from new recruit to descendant of Sun Tzu.

Play with your friends in 2 vs 2 or PVP with teams. Or tackle the single-player adventure in a solo quest. The question remains the same: how well can you anticipate the actions of your rivals?

Create maps with your own unique flavor in our powerful map editing tool. Place creatures, resources and obstacles, then take to the field in PvP or Co-Op. Share your creations with others, and download maps that catch your eye through the Steam Workshop.