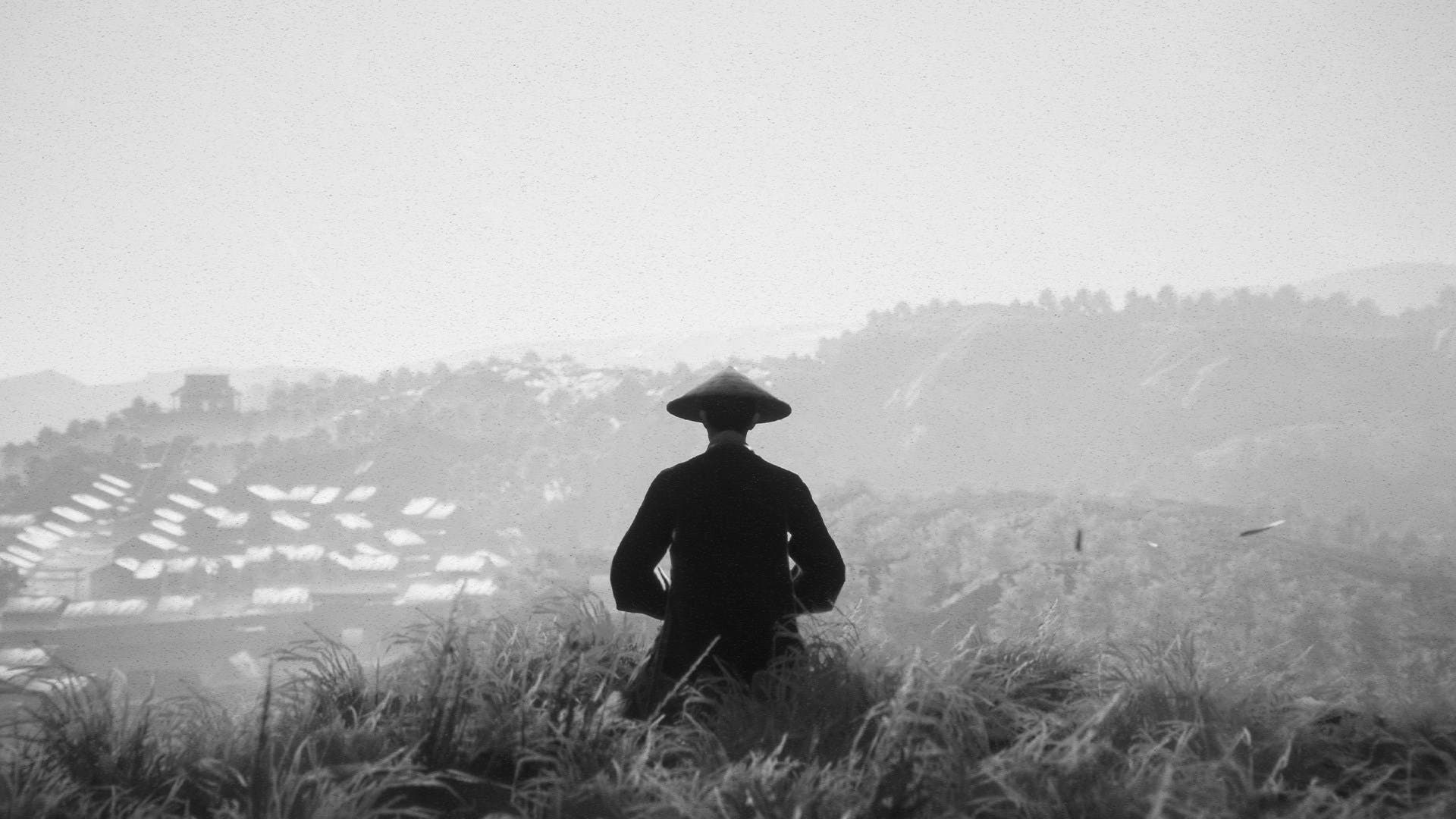 There is nothing like pressing “start” on a new game and being instantly and wholly pulled into its world. While the aim of any game with strong narrative goals is to transport you away from your own reality, few accomplish this with the same success and consistency as Trek to Yomi. Set in Edo period of Japan and inspired by Japanese films of the 50s and 60s, the style of Trek to Yomi is striking, immediately recognizable, and deeply faithful to the cinematic giants from which it draws its inspiration. Equal parts action romp and reverent pastiche, Trek to Yomi sets its sights on being the definitive interactive interpretation of the samurai film, and in many ways it finds its mark. While it’s not a perfect execution, it’s pretty damn close, and it absolutely leaves an indelible impression.

Right out the gate, the first thing you’ll notice about Yomi is it’s incredible presentation. The game is rendered in beautifully balanced grayscale, and uses shot composition and cinematography as its guiding principle for how you experience the game world. Environments are detailed and accurately represented, feeling as though you are truly running through villages from 1600-1800s Japan. The suspension of disbelief is made more effective by the use of the monochrome color palette, allowing your subconscious to fill in details and feel the sense of immersion without overwhelm. Most of the action is presented side-on, but as you move through each of the game’s chapters the action flows through intentionally composed scenes with fixed angles and perspective that highlight the current set’s features and focus your view on the action, often using dramatic framing to great effect.

Yomi is extremely aware of its inspirations and takes pains to pay them respect and incorporate their properties at every opportunity, including using filmic artifacts both as cinematic flair and in-world guidance, to really hit home that you are to think of Trek to Yomi as a playable Kurosawa film. The execution of this aspect of the game is fantastic, helped along by a mostly good (if not straightforward) narrative about loss, love, and duty; the end result is an experience that feels unlike almost anything else I’ve played. I truly cannot stress how beautiful this game is; I don’t think my screenshot key has ever received such a robust workout. 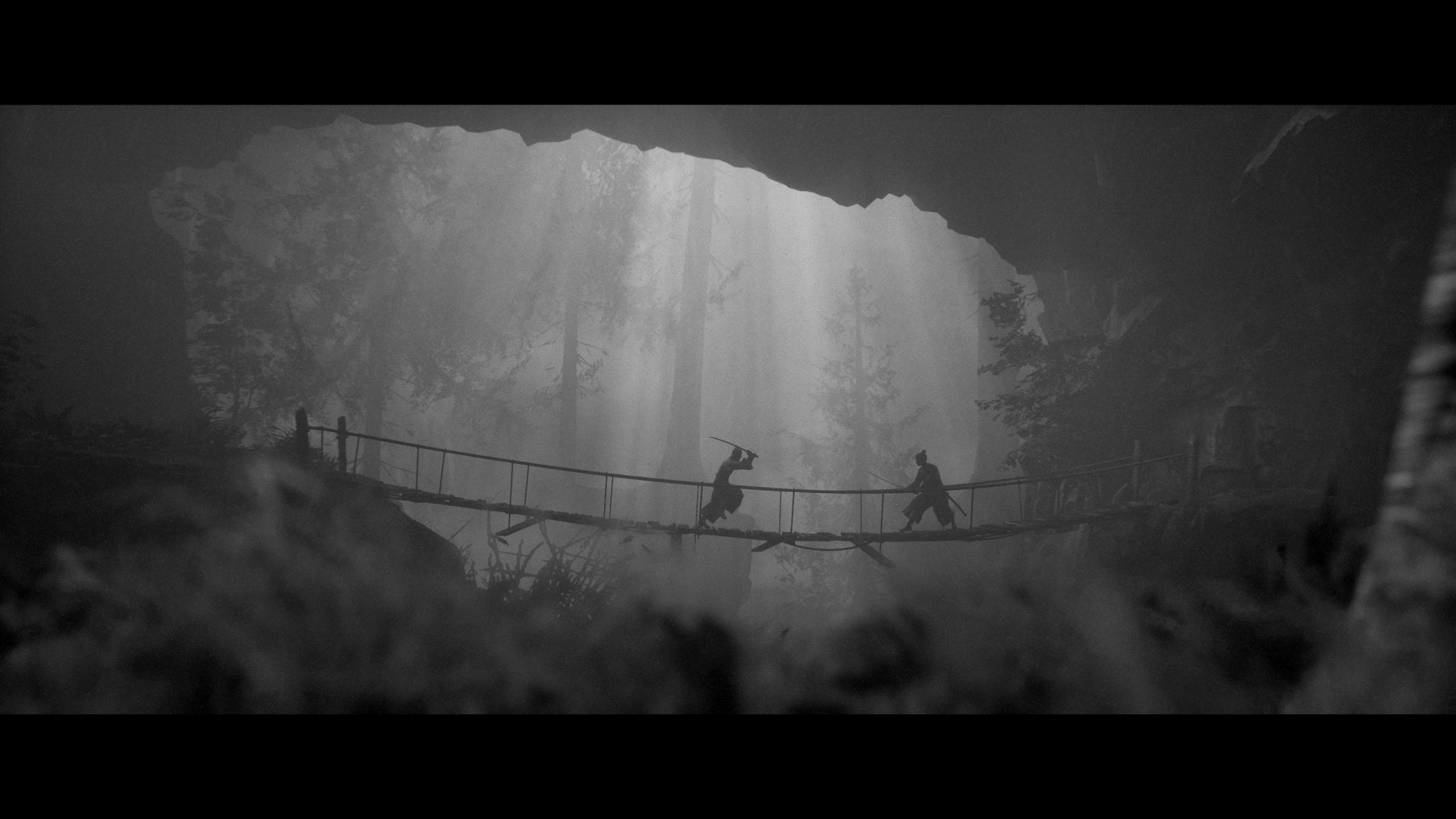 The actual gameplay in Trek to Yomi is decent enough, though it doesn’t quite reach the heights of the other parts of the game. Make no mistake, the combat and mechanics are competent (I mean this as a compliment), but considering the considerable effort invested in the game’s presentation, it’s the single most separative aspect of the experience, particularly in the early stages of the game when your move set is limited to light attack, strong attack, and block. At the outset, combat can feel mildly clunky as you come to understand how the timing windows work and how to set a rhythm to your movements. Some of this clunkiness comes from the need to learn that Trek to Yomi isn’t a beat-em-up or button-mashy game, but one that requires both your patience and intentionality in execution.

The moment you learn to use parries effectively, wait for windows to open up, and utilize attack combos with precision is the moment everything clicks into place and you realize that the combat is meant to feel different. The whole point is to enforce that you are playing as a Samurai, and therefore you must think and act like one. The stumbling blocks continue to fall away as you push further ahead and unlock more moves, so that by the time you’re an hour into the game you are a capable, fairly precise slicing machine. Also, props to Flying Wild Hog for including a variety of difficulty modes spanning from “Kabuki” (super easy combat, focused on story) to Kensei (ultra difficult, one hit = one kill), ensuring that the game can reach the widest audience possible. (For the record, I played through on Bushido, the “default” difficulty mode). 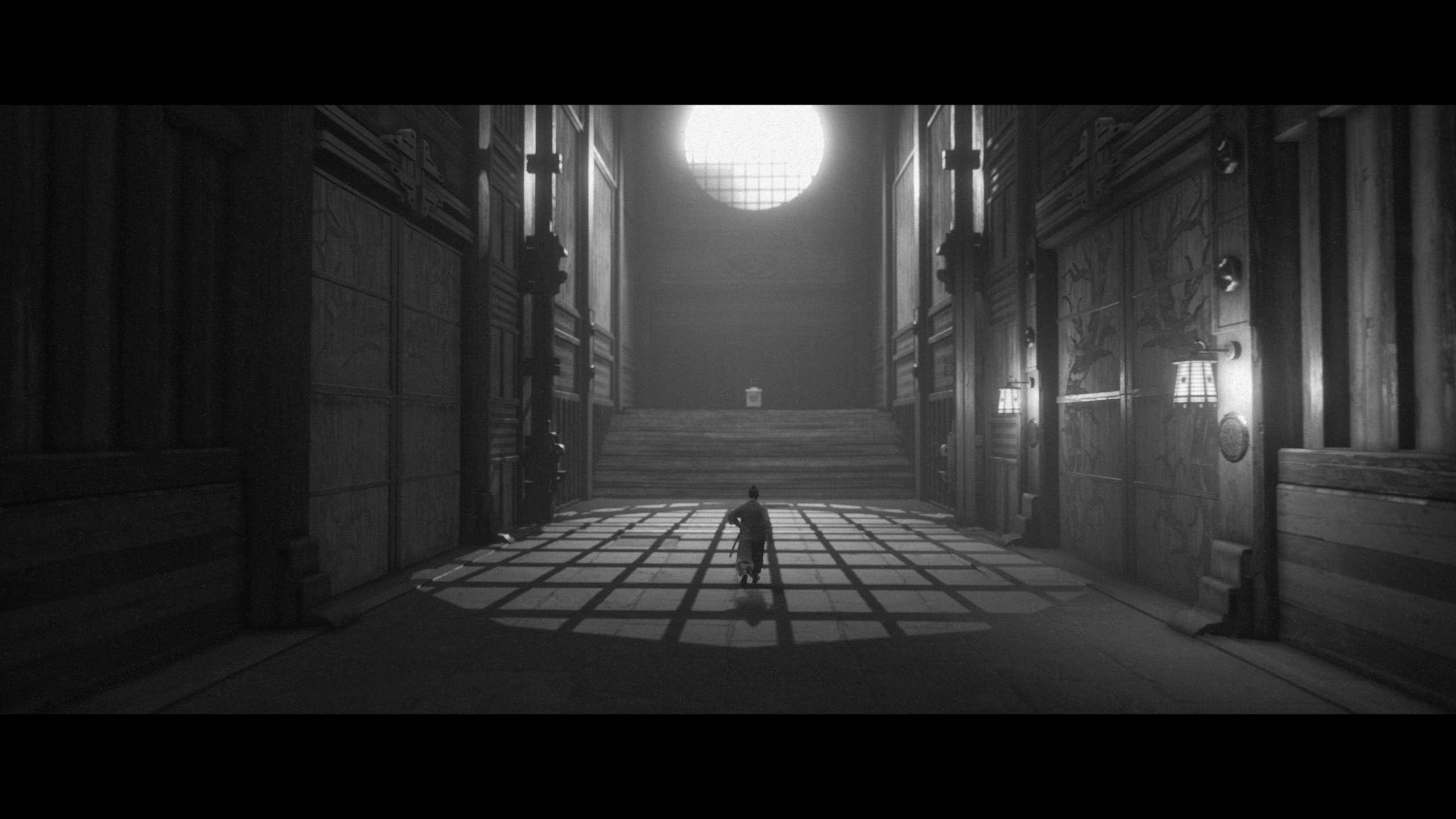 The narrative follows protagonist Hiroki’s journey, starting with a bandit assault on his village as a child and the moment he takes up his sword against another person for the first time, through to adulthood as a samurai tasked with defending that same village alongside his wife and leader of the village, Aiko. A dark figure from Hiroki’s past resurfaces and he sets out to seek revenge for the wrongs brought against him and the citizens of his village as a child, and the adventure that unfolds is one of tragedy and redemption. It’s a strong enough framework to continue driving the action forward, and the consequences of Hiroki’s actions and decisions play out in unexpected ways that take him on the journey of a lifetime, through to the depths of the underworld Yomi itself. (I’d tag that with a spoiler but… it’s in the name of the game, y’all). There is some degree of branching influenced by choices Hiroki can make on his journey, which appear to impact how the game’s ending moments unfold, though I only played through once and so I can’t say for certain how much variation there is.

The narrative structure creates some wonderful opportunities for the game’s level design, set pieces, and the addition of fantastical elements to Hiroki’s journey that really make it feel like an epic adventure rich in visual detail and some truly stunning moments throughout the game’s 5-7 hour run. There are some moments from the back half of the game that I’d love to mention but they are better experienced firsthand; suffice it to say that Trek to Yomi makes good use of its opportunities to play with the setting and push itself beyond a simple pastiche, and one moment in particular felt pleasantly inspired by that one part from Control; you’ll know it when you see it. I’d go so far as to say there are small nods to some classics of the action genre as well (think Karateka or the original Ninja Gaiden), but make no mistake that Trek to Yomi is wholly its own thing, and its faithfulness to Edo period artwork and mythology are the things that best inform its design.

My biggest complaints about Trek to Yomi are largely technical in nature. I didn’t face any stability issues or bugs during my playthrough (that I’m aware of), but there were some small annoyances here and there; timing windows on some attacks or parries felt too narrow or precise (this has supposedly been fixed in the day one patch), the difference in fidelity of animations between cinematics and combat sequences directly following them is a bit jarring, some of the directional control of sword strikes felt overly fiddly to me as I would often accidentally thrust forward instead of swiping upward, and there is one boss in particular that felt like hitting a brick wall going up against that somewhat undermined the whole experience of Hiroki’s growth and evolution leading up to that point.

There’s also an audio quirk that isn’t an issue so much as a thing you just can’t unhear once you notice it, which is that the developer uses adjustments to pitch and speed on certain sound effects to simulate certain interactions rather than recording specific audio for them; it’s a clever trick but one that breaks the immersion when you hear it. These are small issues, some of which will have been addressed by the time the game goes live, but they stand out more specifically because so much of the rest of the game is so well polished.

Small issues aside, Trek to Yomi is a lovingly crafted homage to the greats of Japanese cinema, taking the elements so loved by fans of the genre and stretching the limits of what was possible in it through the use of video games as a medium. It is one of the most visually striking games I have played in years, with a beautiful soundtrack and combat that becomes robust over time and is just challenging enough to stay fun and rewarding throughout. The feeling of realizing you’re capable of cutting your way through ten enemies on one screen when just an hour ago you were struggling against dealing with two-to-three at a time is both energizing and empowering, and the momentum from this propels you ever forward through to the game’s satisfying conclusion. Trek to Yomi is a great action game that weighs in at a near perfect length, and in my book it’s one of this year’s must plays.