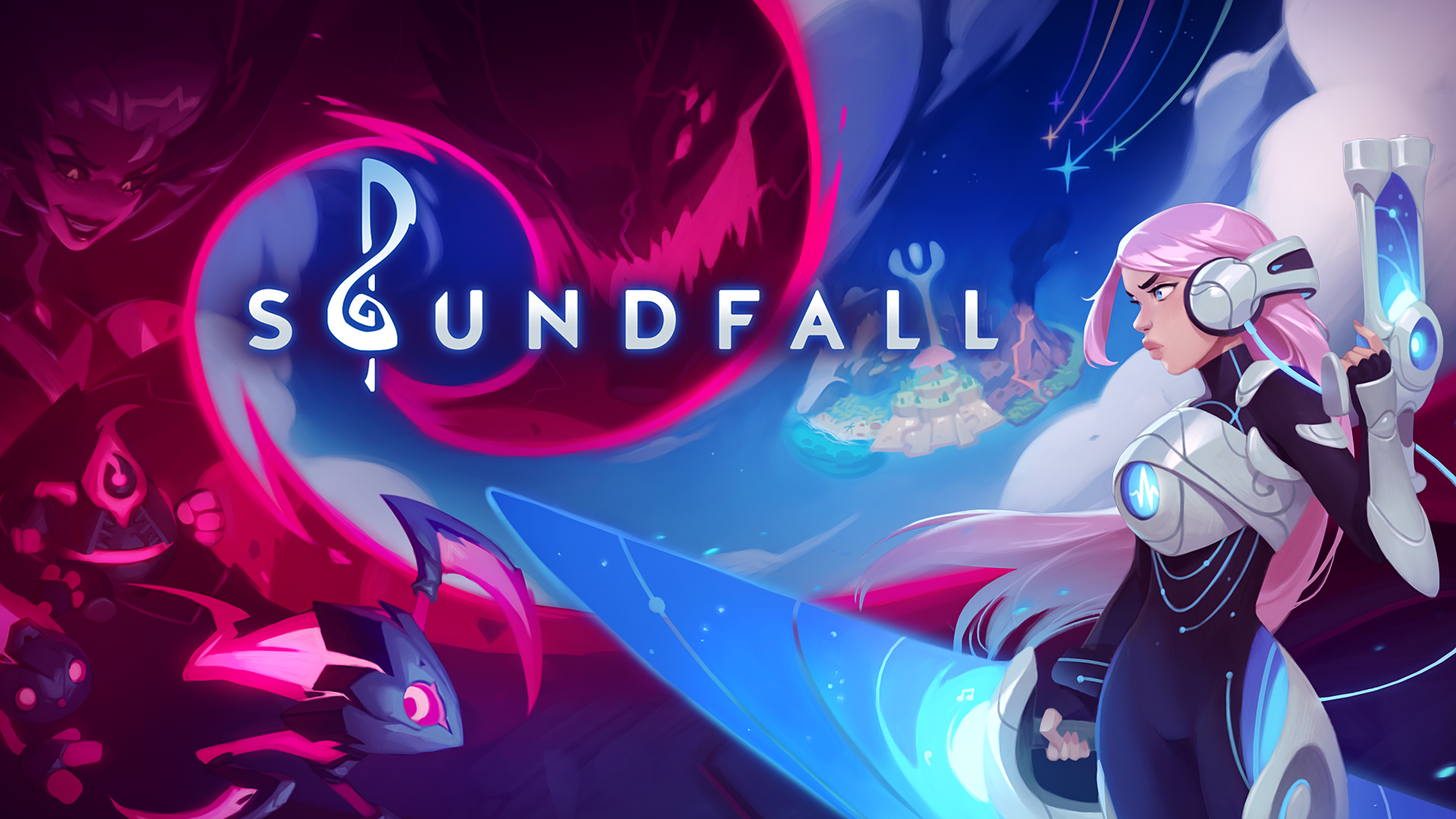 I’ve always been a big fan of rhythm games, so when I was asked to review Drastic Games’ rhythm-based dungeon crawler Soundfall, I was excited to start it up. Published by NoodleCake, Soundfall is a game I enjoy, and everything fits into my wheelhouse. This game is pretty long and can take a while to complete as there are over ten stages, each with ten levels lasting around two to three minutes. Before and after each level, a lot of character dialog is given to contextualize your situation, as no one talks within each level. 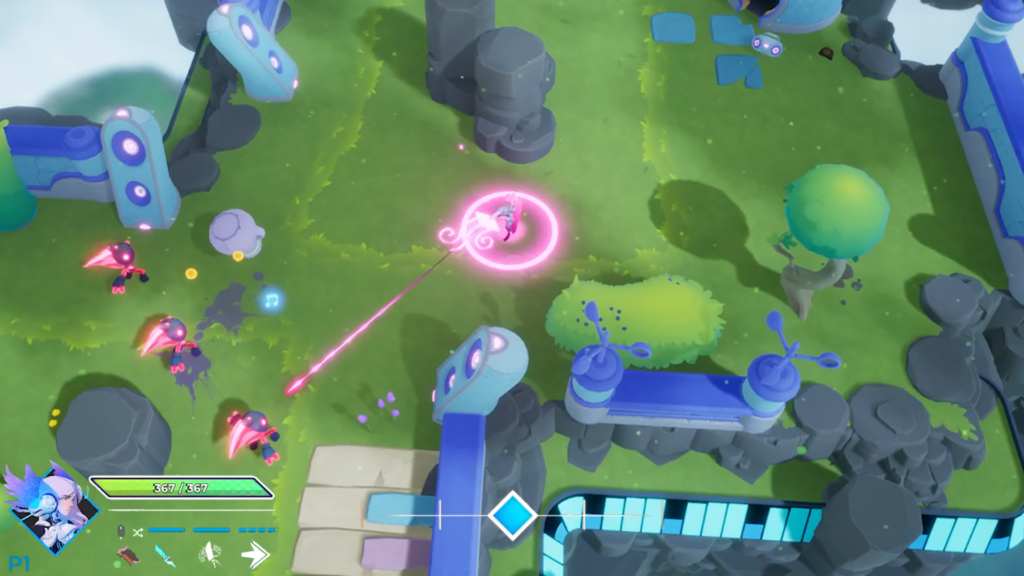 The basic premise is that the Guardians of Harmony, five people from the real world, are tasked with clearing Discordians from the world of Symphonia. You start playing as a girl named Melody but will eventually gain the ability to unlock the four other characters throughout your journey. These characters are equipped with unique weapons, attacks, and specials. In addition to Melody, you’ll be able to select between Jaxon, who champions the Audio Axe; Lyndia, the wielder of the Audio Bow; Brite, who protects himself with the Audio Shield; while the character Ky slices through enemies with the Audio Scythe.

The story isn’t too complicated to follow, as it’s a general “heroes from another world who save this world” plot. They do get into some of the character’s backstory, but it’s not so in-depth that most people can’t get caught up. Most of the lore is as simple as being a bartender, a guitar player, or a songwriter. Speaking of music, I found the music in Soundfall to be excellent. The soundtrack here is something I could listen to even after the game is done. You can even find most of the music on Spotify and add it to your playlists to listen to later. I loved the game’s music and art. 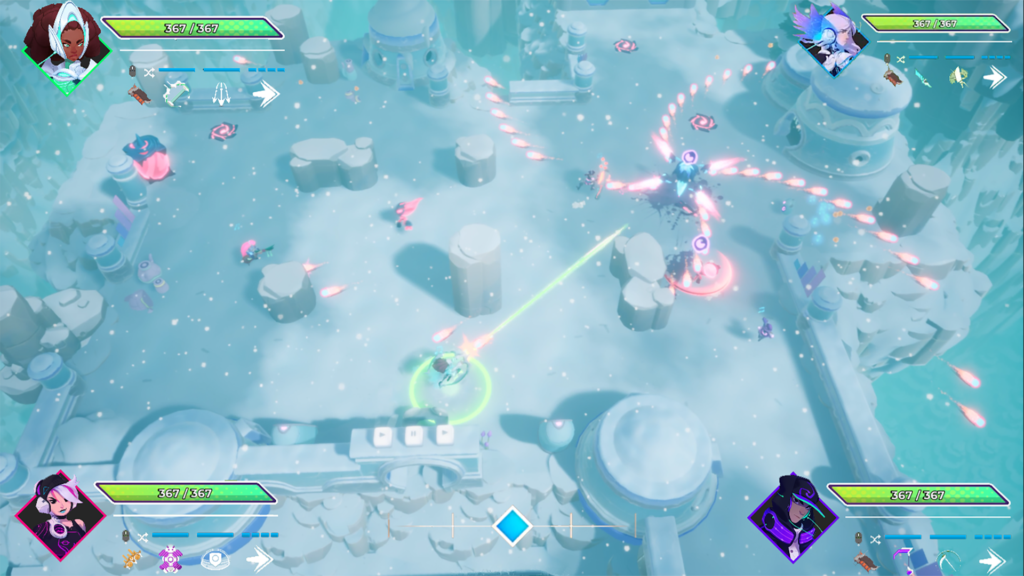 The way the game shows the musical beats is very reminiscent of Crypt of the Necrodancer. The gameplay is very smooth, and if the music feels off-beat, it’s probably because your monitor or speakers are out of sync with the game. So the developer has included an option to do a sound and visual sync-up to keep things in line. Your audio and visuals must be in sync as most of the actions in Soundfall require you to be on the beat, like many rhythm games. In addition to your character’s movement, shooting and dashing are tied to being on the beat. You can do most of these actions off-beat, but they are much worse and don’t help much. Being off-beat can cause your weapon to deal less damage or cause your dash to lose its invincibility.

The way each character is designed gives players different options. You can play as someone great at single target damage or as someone who can deal damage over a large area. You can also: equip two guns and swap between them mid-level, use an armor slot to boost health and gain extra attributes to your character. Like in many RPGs, getting new guns, armor, and audio upgrades is as easy as beating a level. Most upgrades enhance damage or health, but some award you extra perks. Perks like faster movement, some that will deal less damage, and others that give you more dashes. Overall the gameplay is very smooth, and the controls are pretty simple to catch onto. All the controls are assigned one button, so you shouldn’t have to do street fighter “down, left, right, A, B, start, and reset” to combo. Most of the gameplay uses five buttons assigned to your attack, switch, dash, special, and super. 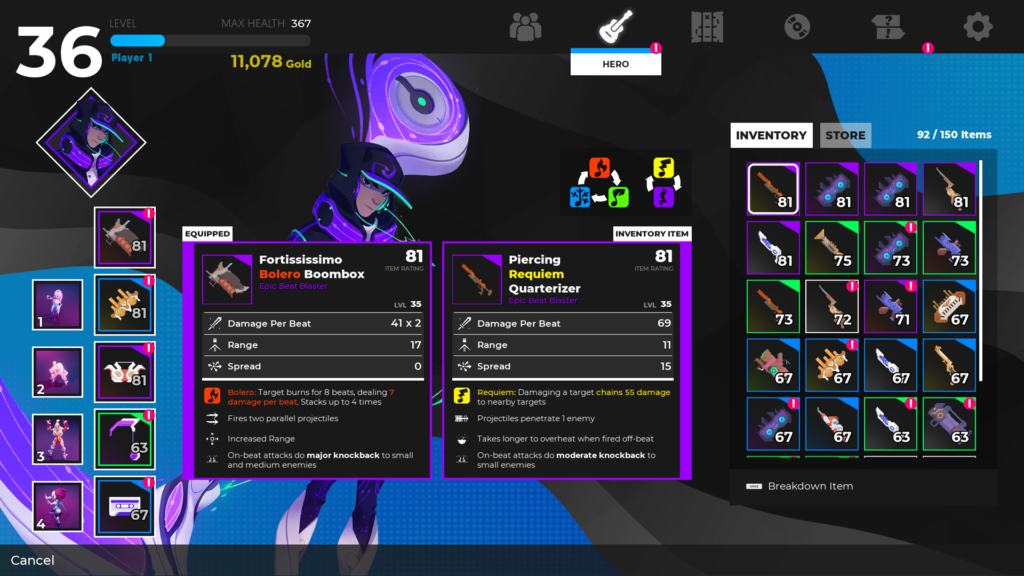 The art style isn’t necessarily anime, but it reminds me of it. The art in the dialog is adorable and cute. You encounter vibrant colors and great-looking portraits of each character during dialogue. They also are used in a few cutscenes. The way each cutscene was animated enforced the anime vibe I was getting. The game uses 3D models for the actual gameplay, and all of the models are very prepossessing. Each area had a distinct vibe for each stage, like lots of warm reds and oranges to tie in with the magma from the volcanoes. This specific example showed a very hardcore, solid, and rock-like vibe. The beaches you traverse enforce a nice chill musical vibe while you’ll encounter lots of purples with any technology you come across. The tech bits gave me an 8-bit musical feeling. The music for each level helped with each state’s overall vibe. You can usually figure out what kind of music will play for those ten levels, as everything seems to fit. 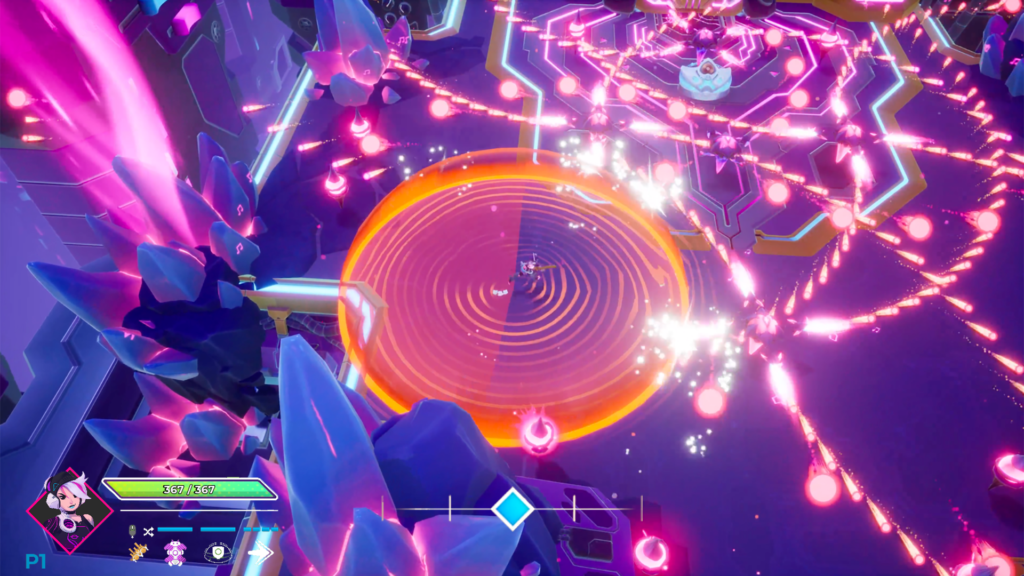 I like Soundfall and feel it is worth the $30 price tag on the Switch. For a game that includes a series of around ten stages with ten levels each, there is a lot of content to devour. The game is pretty long, but I can play a level or two within a few minutes since most of the songs aren’t longer than four minutes. You should play this game if you like rhythm games, RPGs, and games where everything fits nicely and snugly into each other.