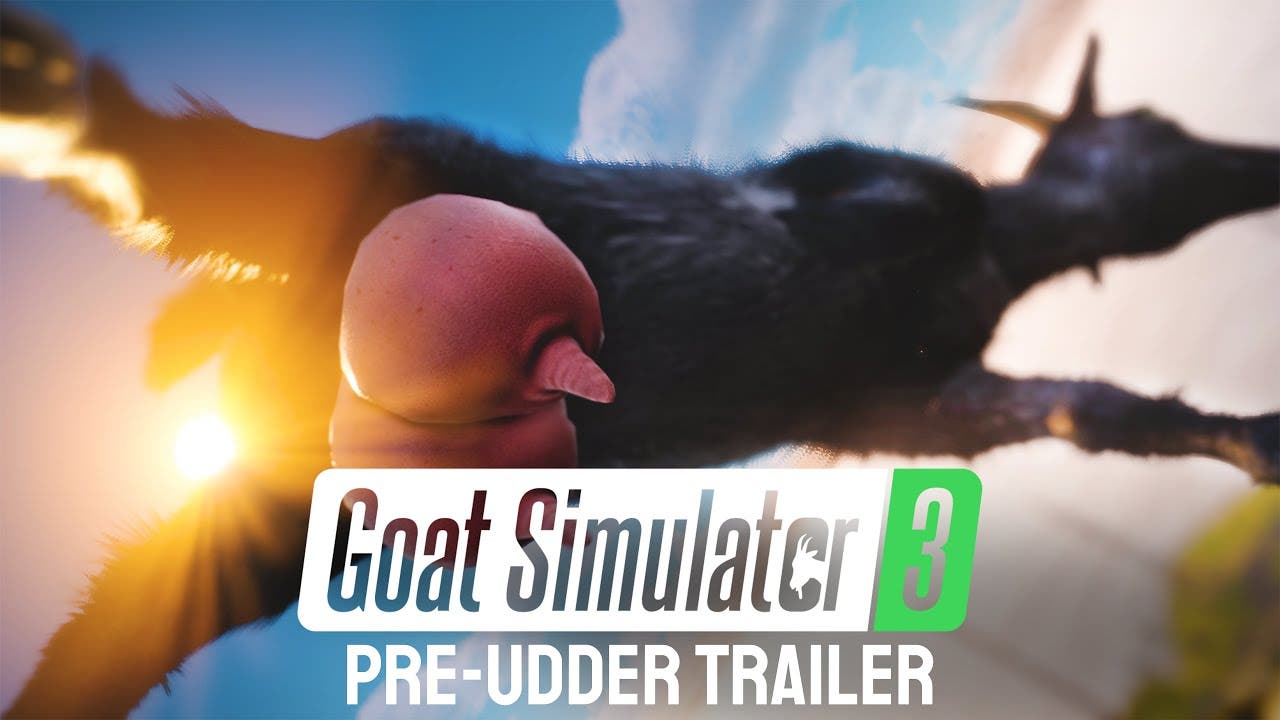 STOCKHOLM, Sweden. 28th July 2022 —  Look out, Pilgor the goat is coming – and at this point not even we can stop her. Coffee Stain Publishing and Coffee Stain North are (cautiously) excited to announce Goat Simulator 3’s official release date.

This game is the direct sequel to Goat Simulator that you never (knew you) wanted, complete with all the physics-based mayhem everyone loves and so much more. Goat Simulator 3 launches on 17th November 2022 on PC exclusively via the Epic Games Store, as well as Xbox Series X/S, and PlayStation 5. Also announced today, a physical collectors Goat In A Box Edition* for all platforms above is available to pre-order now at most major stores.

A sprawling sandbox island to explore, more ways to traverse than you can shake a goat at, and this time you can bring your friends – Goat Simulator 3 is just around the corner. This November, join Pilgor on the beautiful island of San Angora, a new pasture with mysteries that need solving, chaos that needs causing, and friendships that need breaking. 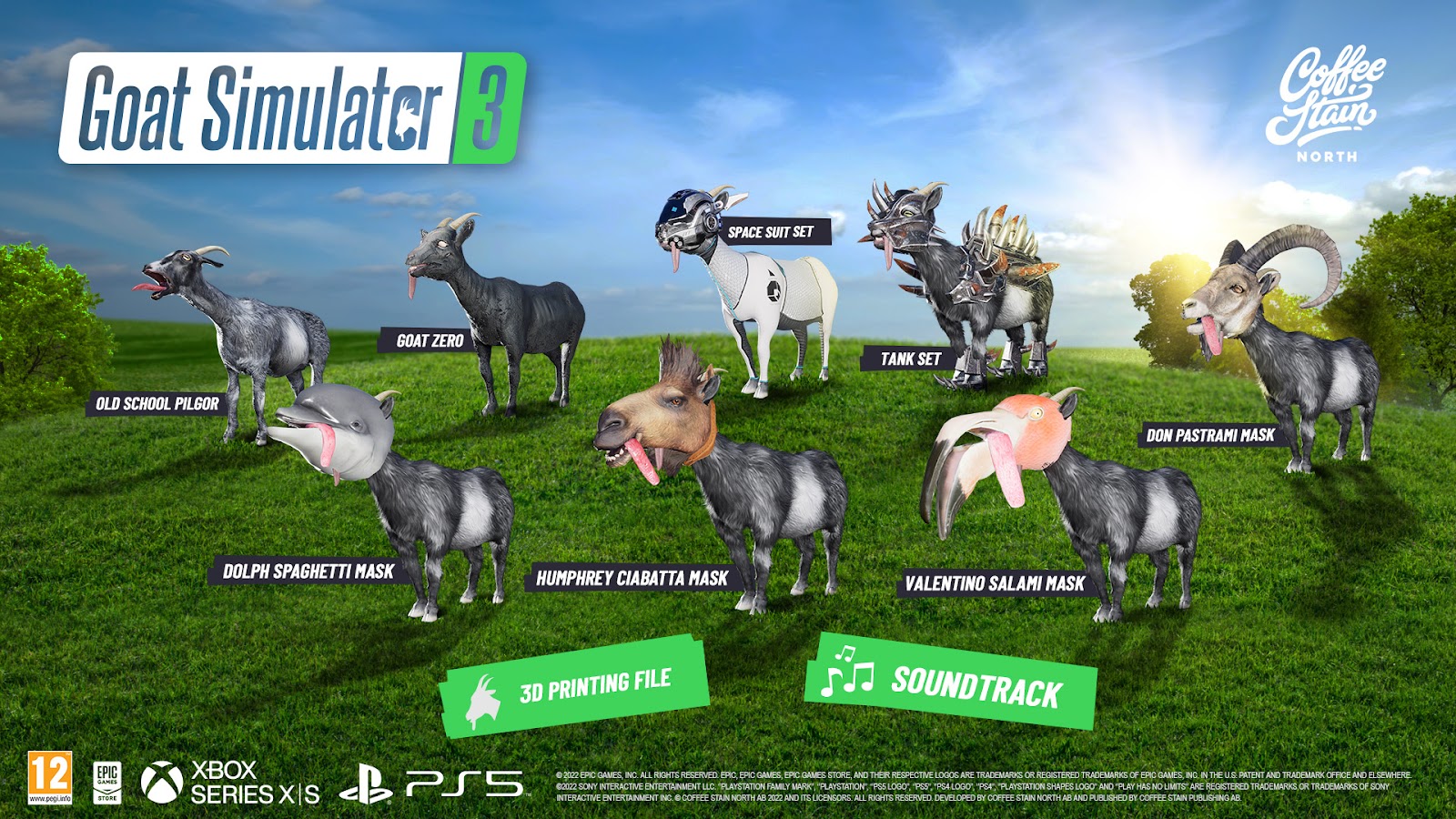 Then for the real goat connoisseurs, the extra special Goat In A Box Edition contains more Goat Simulator 3 branded garbage than you could probably ever want! You can find the full list of contents below: 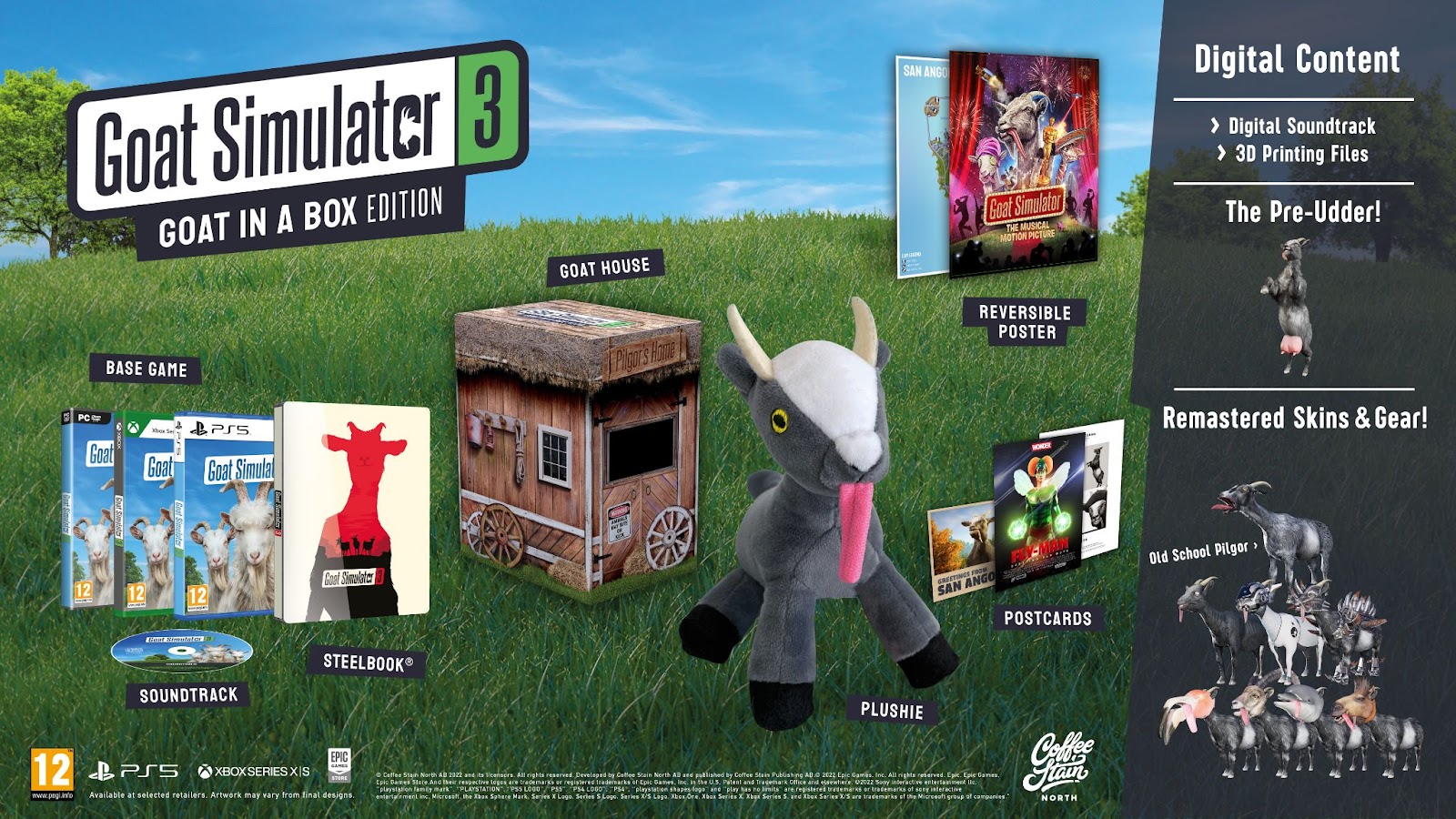 Santiago Ferrero, Creative Director at Coffee Stain North said: “People told us not to beat a dead horse but no one ever said anything about goats, so we’re thrilled to announce Goat Simulator 3’s release date! I wouldn’t exactly say we’re ‘proud’ to be bringing Pilgor’s antics back to players in November, but that’s definitely what we’re doing. And at that time of year you won’t have much reason to leave the house anyway – you might as well be playing a new Goat Sim game.”

For more information on all things Goat, head to the official Goat Simulator 3 website.