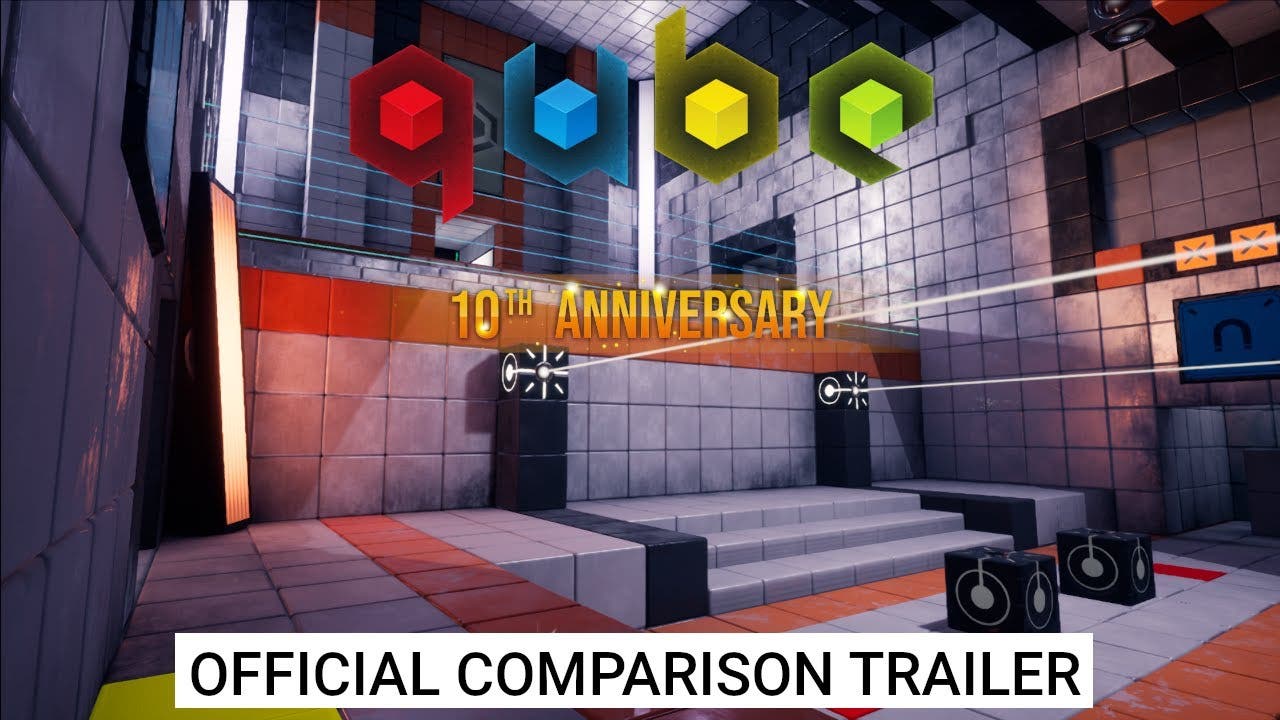 Q.U.B.E. 10th Anniversary is a rebuilt version of the classic first-person puzzler, coming to PC and Xbox on September 14th

Aptly dubbed Q.U.B.E. 10th Anniversary, Toxic Games’ latest will bring refined visuals and, in some places, completely redesigned and revised sections to all of the content that launched in both the original release, and 2014’s Q.U.B.E: Director’s Cut – which itself added a completely new story by award-winning writer Rob Yescombe.

Indeed, the brand new comparison trailer perfectly showcases the visual differences between the original release and Q.U.B.E. 10th Anniversary, though the game will also include completely new content, including an entirely brand new chapter called Sector 8, featuring an additional 4-6 hours of gameplay unlocked after the main campaign has been completed.

“We set out to make sure Q.U.B.E. 10th Anniversary serves as the ultimate celebration of the series’ ten-year run,” says Dave Hall, Creative Director. “Though this new trailer casts the spotlight on the new reenvisioned visuals, this isn’t a case of serving up the same game in brand new clothes. We’ve completely reimagined Q.U.B.E.’s world to offer fans – both new and old – an entirely fresh way to play.”

Q.U.B.E. 10th Anniversary‘s debut coincides nicely with the launch of 2018’s follow-up Q.U.B.E. 2, which is making the leap from PC to PlayStation 5 and Xbox Series X|S for the first time in the game’s history.