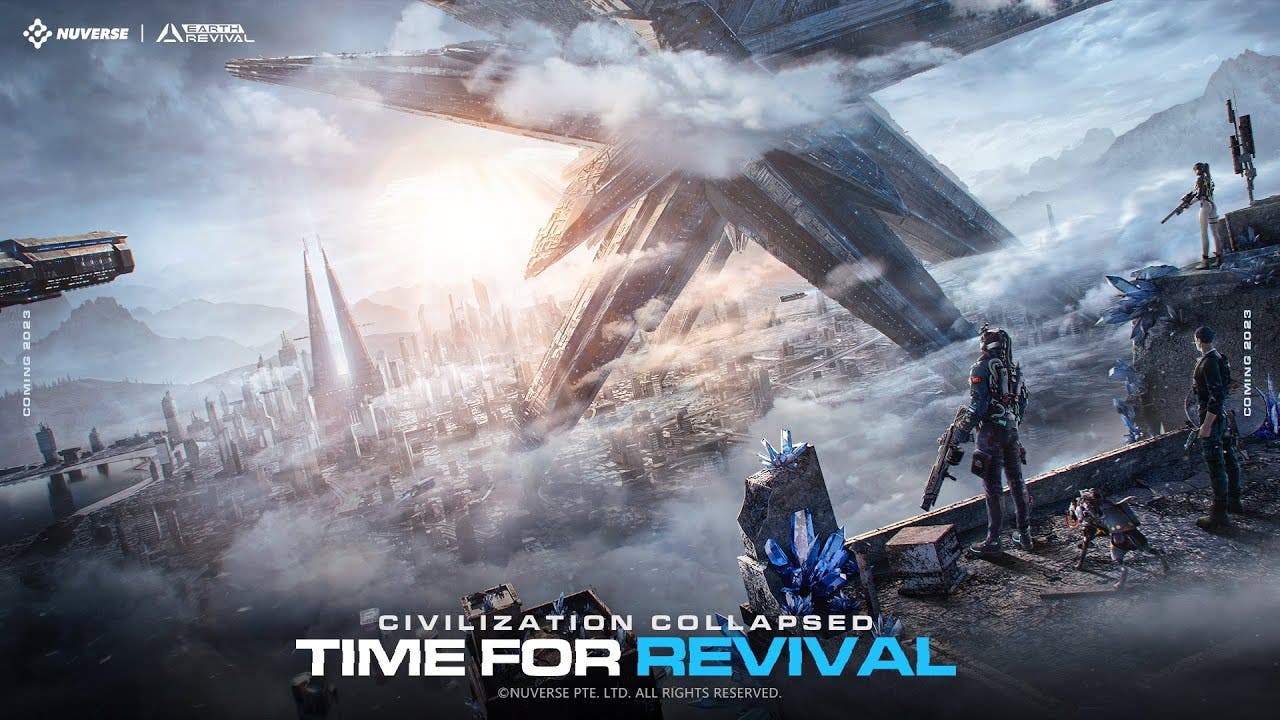 Earth: Revival announced, the first from Nuverse, the gaming arm of ByteDance is an open-world multiplayer survival game coming to PC and mobile next year

August 18th, 2022 – Global developer and publisher Nuverse is excited to reveal its debut game: Earth: Revival, a new sci-fi open world survival multiplayer experience, coming to PC and mobile devices in 2023. Earth: Revival will see players become Survivors in this harsh future, on a journey of exploration, discovery, conflict and rebuilding. The game will feature futuristic weapons and power armors, each with their own unique combat skills, cooperative base building and endgame PvE content.

Earth: Revival will be available to play for the very first time at Gamescom, B033, Hall 8 where Nuverse will offer attendees a hands-on demo. Followed by a Closed Beta which is due to go live across US, UK, Canada and Germany from September 2nd.

Set in 2112, Earth: Revival takes place on a ravaged and destroyed planet Earth, a result of an intergalactic conflict with a mysterious alien species. As Survivors of the war against the aliens, players will fight to reclaim Earth and restore what was lost.

Earth: Revival offers a unique combination of open world exploration, weapon and power armour combat and aspects of the survival genre. Players will be able to gather resources to craft weapons and power armour, scour the wilderness for rations and build their own settlements, either alone or with teammates. Combat of Earth: Revival will be highly customisable, too – players will have multiple weapon categories and dozens of individual weapons at their disposal, each with two unique combat abilities, as well as fully customizable attachments, upgrades, skins and more.

Players will also be able to tackle challenging endgame activities such as PvE raids, team based tournaments, battle royale mode and deadly boss battle events, as well as interact with other players in social hubs and out in the wild. On their journey to reclaim the planet, each player will also be accompanied by Lydia, a virtual AI partner powered by NVIDIA Omniverse that will provide support on the field and on missions against the many foes of Earth: Revival’s world.

Nuverse will also be holding a limited closed beta test of Earth: Revival between September 2(nd) – 18(th) on both PC and mobile (Android) in US, UK, Canada and Germany. Registration for the closed beta begins today, lasts until September 1(st) and can be done through this link.

“We are beyond excited to finally reveal Earth: Revival to gamers across the globe.” said William Lu, Producer on Earth: Revival at Nuverse. “We cannot wait to show you all the world we’ve been building. We’ve always wanted to combine third person shooter combat mechanics with the open world and survival genres to create a unique synergy that will make the players feel the world is bristling with identity and constantly changing and evolving around them!”

Earth: Revival is coming to PC and mobile devices in 2023, and will feature cross-platform progression. For more information on Earth: Revival, visit the official website or follow the game on Facebook and Discord.