Tinykin, the Pikminesque adventure gets a release date in new gameplay trailer

SEATTLE, August 19th – Developers Splashteam and publisher tinyBuild have big news about their miniature-scaled platform adventure, Tinykin. The game is now available to pre-order on Xbox and Switch, with the demo available now on Nintendo Switch.

This August 30th, players on all platforms (including Xbox & PC Game Pass) can step into the miniaturized shoes of cosmic explorer Milo. After rediscovering Earth, mankind’s long-lost homeworld, his mission goes awry as he finds himself shrunk down to the size of a bug, and the house he’s stuck in hasn’t aged since the nineties. Curiouser and curiouser, the local insect population are remarkably sapient and chatty. Take a peek at the mysteries to be solved in the trailer below.

Proudly inspired by Saturday morning cartoons, French comics and classics like Paper Mario & Pikmin, Tinykin is a massive platform exploration adventure on a miniature scale. Every room is its own biome, populated by strange creatures and civilizations. Help them unravel the secrets of the house, bring music back to the living room and scrub up the dark corners of the bathroom as you search for a way to return Milo to his ship – and ideally at the right size!

It’s a big job, but Milo won’t be alone. Most locals are eager to lend a hand, but none moreso than the mysterious Tinykin. These strange critters hatch fully formed and excited to help. Gather a huge swarm of color-coded pals and utilize their special powers. Scale new heights as they form ladders, explore new paths opened by moving gigantic objects, and shake things up with some explosive aid, for when problems just need to be blown to bits. 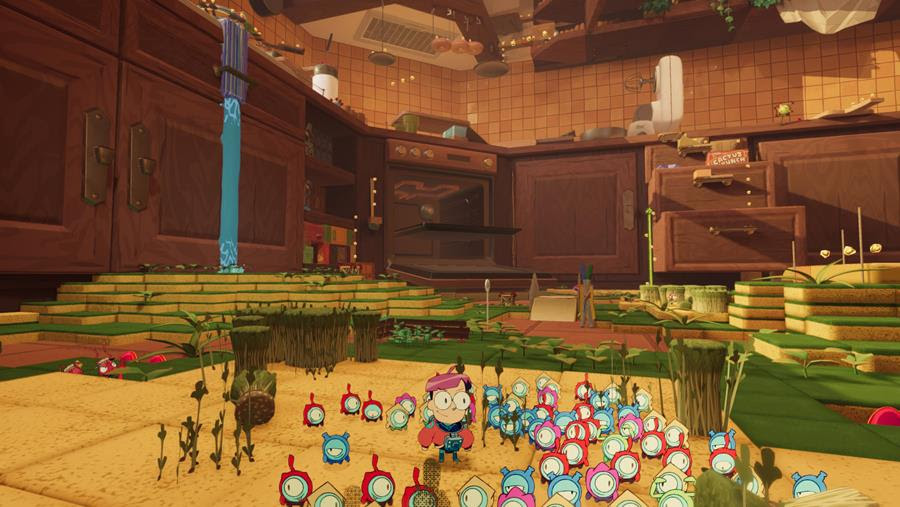 Milo is a pretty handy too, equipped with a versatile bubble-glider that lets him float across great distances, adding to his already prodigious jumps. Upgrade it further to traverse huge chasms. He’s also picked up some tricks from the locals, like riding a bar of soap like a surfboard, sliding and grinding across any flat surface or edge. Spot a spider-web? Ride that rail, direct to new adventures!

Tinykin is available to pre-order now on Xbox and Switch, with demos available on Steam, Xbox and now Nintendo Switch. The game launches across all platforms, including PC, Switch, Playstation 4, Playstation 5, Xbox One and Xbox Series consoles on August 30th. Tinykin will also be debuting on Xbox & PC Game Pass on launch day.

tinyBuild is a Seattle-based video game label behind the Hello Neighbor franchise and over 30 other renowned titles, including Potion Craft, Graveyard Keeper and Streets of Rogue. With additional offices in Amsterdam, Riga and Boise, ID, tinyBuild is rapidly building a portfolio of fun, high-quality games across multiple platforms.

Splashteam is a team of ex-Ubisoft creatives with experience on Rayman and Rabbids games based in Montpellier, France. Their first game, Splasher (PC, Xbox, PlayStation, Nintendo Switch), received a 96% positive rating on Steam.