That’s right! The award-winning Guild Wars® 2 is live on Steam, marking the first time the critically-acclaimed MMORPG will be available on a third-party platform.To coincide with the launch, a content bundle, the Guild Wars 2 Complete Collection, is now available. Priced at $99.97, the bundle lets players experience the first 10 years of Guild Wars 2 in one package, including; all three expansions (Heart of Thorns, Path of Fire, End of Dragons), and all five seasons of the game’s episodic Living World content. 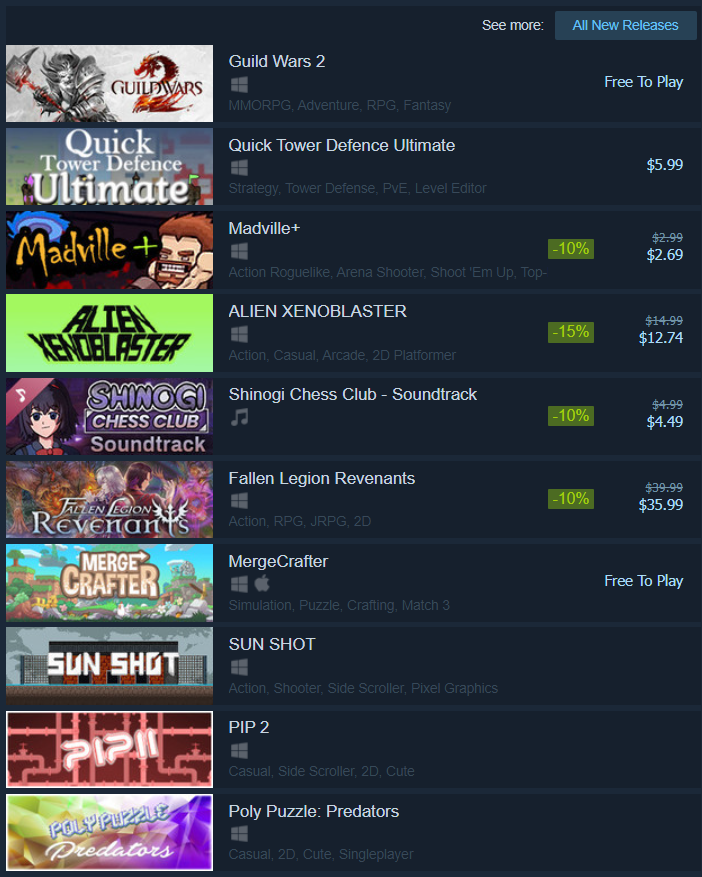 After trending on r/Games, Guild Wars 2 is at the top of the new releases on Steam! Now is the time to come join and play :)