ZOR: Pilgrimage of the Slorfs is a passion project from former EA developers, turn-based tactics deckbuilder in Early Access today

Vancouver, BC / August 30, 2022 – It’s time to begin your pilgrimage. Players can finally get their hands on ZOR: Pilgrimage of the Slorfs. From former EA devs (Plants vs. Zombies, Skate) Righteous Hammer Games, ZOR is a high stakes strategy gauntlet for serious fans of turn based tactics, roguelikes, and tabletop-inspired survival. Recently featured in Yogscast’s Tiny Teams festival, ZOR is available now in Early Access for $15.99 with a 10% launch discount.

ZOR tasks players with protecting the Slorfs, small but mighty creatures embark on a mysterious mission to the star god Zor. Start out in the Slorfs’ hunting ground, The Rugged Steppes: grassy plains infested with various bugs and lumbering one-eyed creatures called Grimps. Consider each turn carefully, as players have to strike a careful balance between combat and survival. Use cards to move, attack, and harvest. Mapping out effective routes through ZOR’s hex-based board is key to maximizing tactical-takedowns and resource gains. Each Slorf has a finite number of lives: one death too many and the journey is over for good. 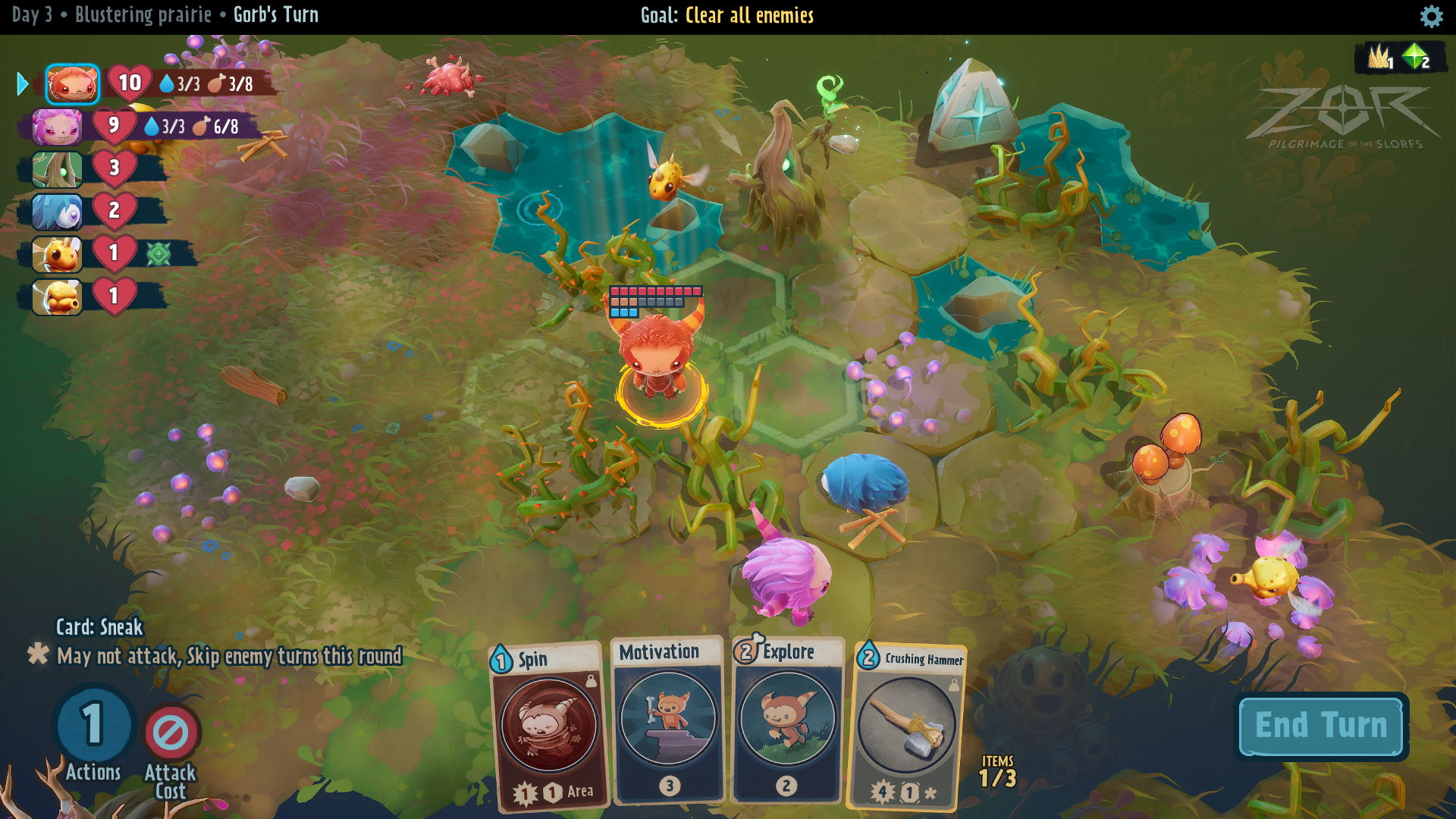 ZOR’s Early Access build will introduce players to the Warrens, a colorful thicket guarded by the Thrix, a mysterious tribe of otherworldly rabbits. Slorfs must navigate with caution to make their way through the nightmarish burrow. ZOR allows players to build powerful decks with over 100 cards to craft or upgrade. Keep an eye on the Slorfs’ food and water supply, which is depleted during battle. Harvest resources on the board to keep fighting, and when the battle’s been won, head back to camp for some much needed rest. At camp players can upgrade cards, craft new ones, and combine resources to make useful items for the Slorfs’ perilous journey. 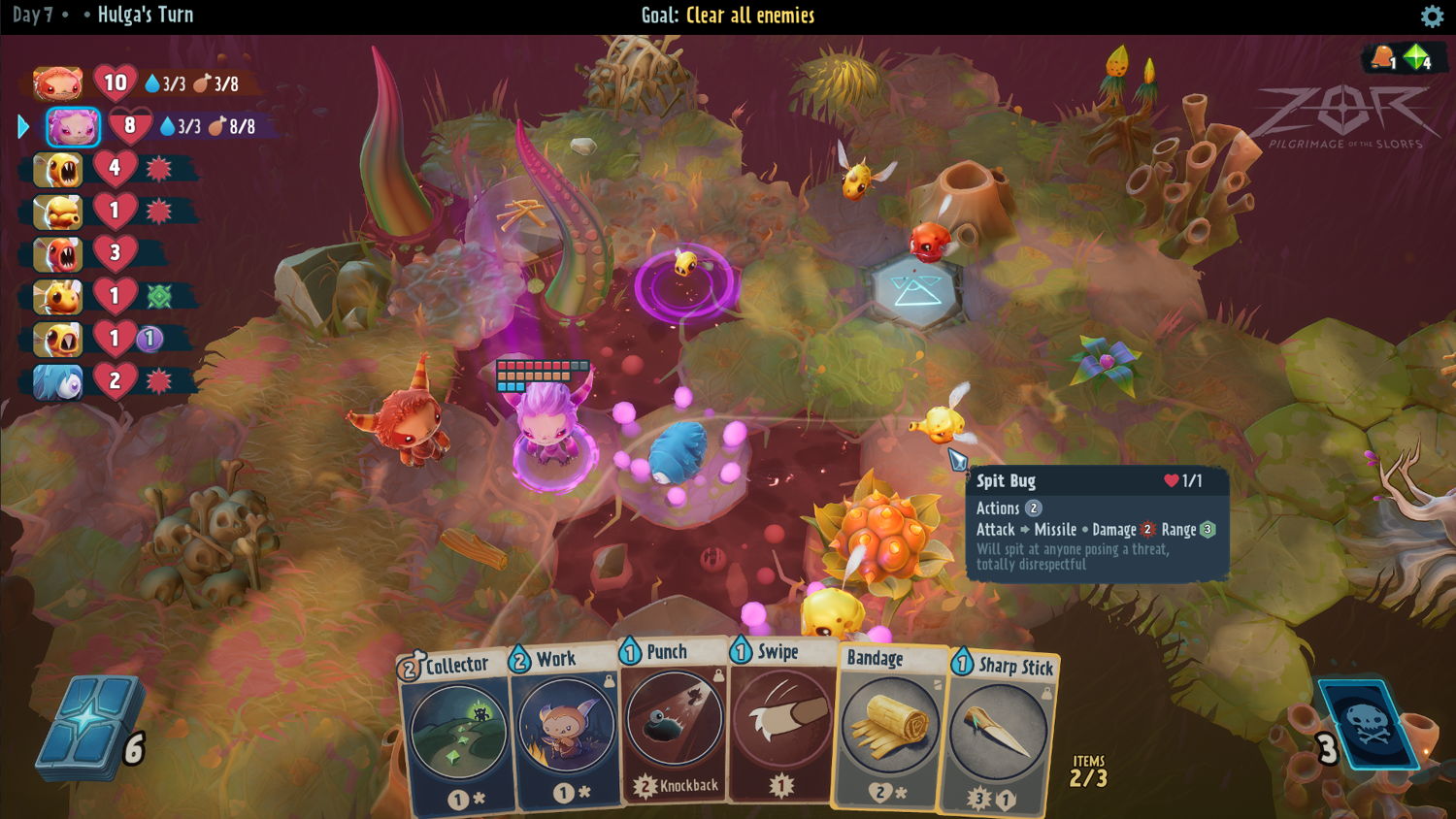