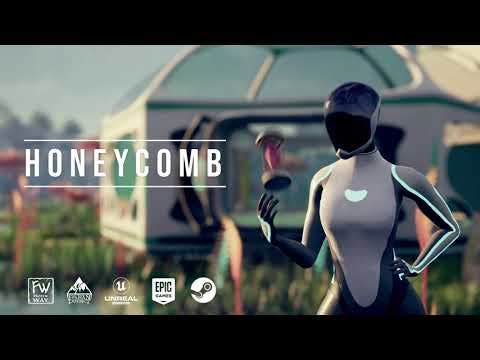 Honeycomb is being developed on Unreal Engine 5, watch the new trailer released for the first-person survival game

It’s been over a year since Frozen Way – the studio behind the well-received House Flipper: Pets DLC – announced its next project – Honeycomb. Throughout this time, the developers have been working hard to bring fresh news from Honeycomb’s world. The time has finally come, and the studio is happy to announce that Honeycomb is coming in Q4, 2023!

Announced back in June 2021, Honeycomb is a first-person, open-world, survival-sandbox game where players are able to become true bioengineers. Developed on Unreal Engine 5, you will have the unique task to delve into the world of Honeycomb and explore the magnificent yet dangerous planet: Sota7. In order to survive, you have to gather resources, expand your base, and most importantly, use your bioengineering skills to crossbreed different plants and animals. The developers are also planning to add a cooperation mode, but it is recommended to fully explore and discover the secrets of Sota7 alone.

Honeycomb is planned for the release in Q4, 2023, with the price currently TBC. Available on Steam and the Epic Games Store at launch, with plans to bring it to major consoles in the pipeline. Check out the brand-new Steam page to learn more about the game and make sure to follow the developers’ social media channels if you want to stay up to date with any news.

About Frozen Way:
Frozen Way is a development studio and publisher from Krakow. You may know them from co-creating House Flipper with its Pets DLC, as well as creating and releasing House Flipper VR on Steam. They are a group of friendly people with a passion for video games, with game development being their lifestyle and philosophy. There’s nothing they like better than seeing their creations bring a lot of joy to the community.