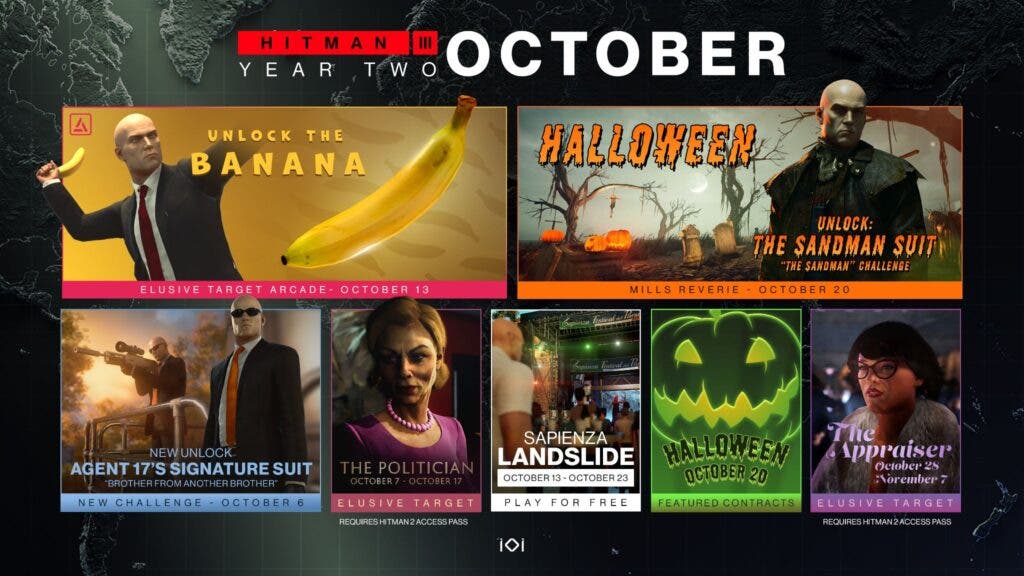 The HITMAN 3 October Roadmap has arrived and the team at IO are getting ready for spooky season!

This month in HITMAN 3, a major game update will bring many new fixes to the game and the roadmap will see 3 new awesome unlocks – two hot suits; one is a homage to Hitman 2: Silent Assassin and the other a Halloween themed suit. HITMAN 3 is also releasing the fan favorite Banana as an official unlock!

Full details about the HITMAN 3 September  Roadmap can be found here: https://www.ioi.dk/hitman-3-year-2-october-roadmap/