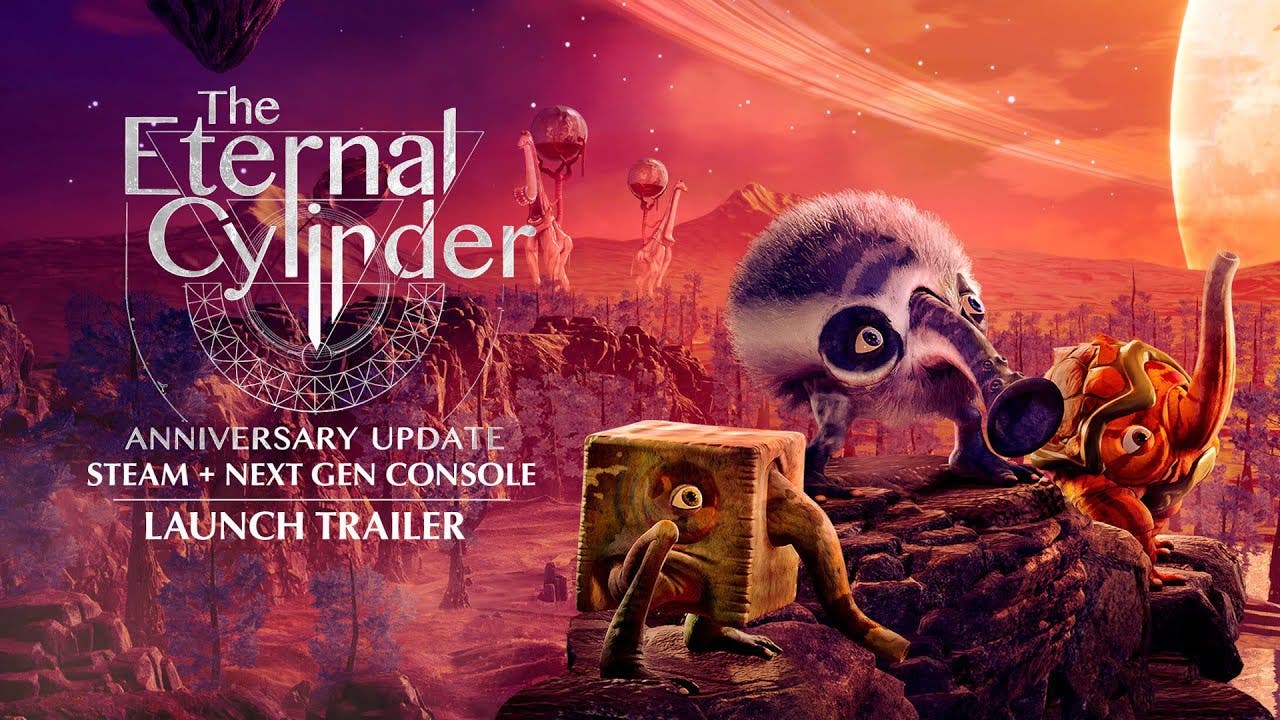 THE HAGUE, The Netherlands & SANTIAGO, Chile – Oct. 13, 2022 – Good Shepherd and ACE Team have released the award-winning, critically acclaimed The Eternal Cylinder today on Steam, PlayStation®5, and Xbox Series X|S. PlayStation®4 and Xbox One owners can upgrade to the next-generation versions of this completely original and surreal open-world survival adventure game for free on their respective consoles. Owners of The Eternal Cylinder on Epic Games Store will receive an identical update to the release on Steam.

About The Eternal Cylinder

The Eternal Cylinder takes place on an alien world teeming with surreal environments, exotic beings and awe-inspiring wonders, all threatened by The Cylinder: a gargantuan structure of ancient origin that relentlessly crushes everything in its path. You are but a tiny Trebhum – not the strongest or fastest creature, but born with the most powerful ability of all: adaptation. What you lack in size, you’ll need to make up for in resourcefulness and ingenuity – mutate and evolve your Trebhum family with new attributes and abilities to navigate hazardous obstacles and escape dangerous predators. Gather your herd and embark on the perilous journey to save your planet from The Eternal Cylinder.