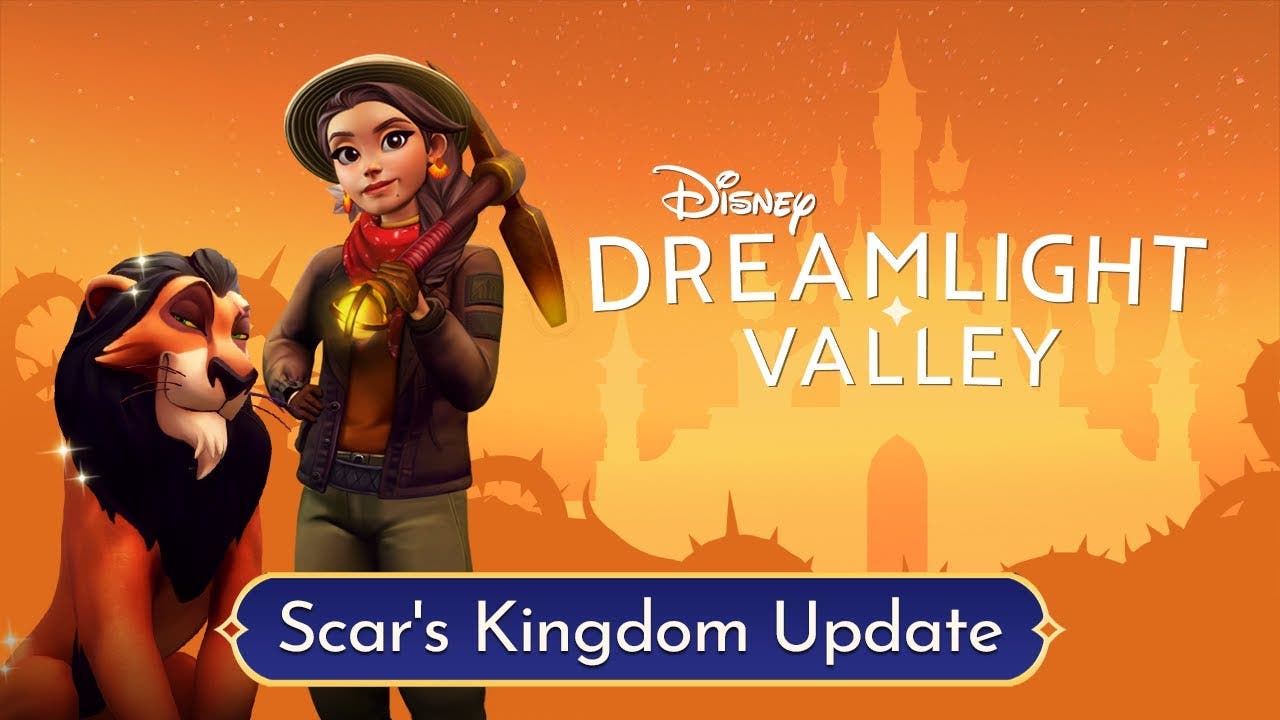 PARIS, FRANCE – October 19, 2022 – Gameloft, a leader in the creation and publishing of games, today announced the release of “Scar’s Kingdom,” the first free major content update for Disney Dreamlight Valley, and the launch of the game’s next Star Path season, available now for Founder’s Pack owners. The free content update invites players on a journey to the sun-drenched savannas of Dreamlight Valley’s Sunlit Plateau Biome, where they’ll encounter the most recognizable villain from Disney’s The Lion King. Additionally, the new Star Path season celebrates all things Halloween and villainous with exclusive items and accessories that draw inspiration from some of the most iconic Disney villains.

“From the start, we’ve promised our players regular content updates as part of Early Access and beyond, and we couldn’t be happier to deliver on that with our first update,” said Nicholas Mainville, Game Director for Disney Dreamlight Valley. “Bringing Scar into the ongoing story of Dreamlight Valley and giving players a chance to embrace their ‘bad’ sides, while diving into this unique world filled with brand-new twists should be welcoming to even the most heroic of fans, and we can’t wait for players to hop in.”

In “Scar’s Kingdom,” the iconic savanna of the Sunlit Plateau is in peril! The Pillar of Nurturing, once the key to keeping the Plateau vibrant and green, has dried up and is blocked by mysterious, dark magic. In order to bring the Plateau back to life, players must reluctantly team up with Scar, the would-be usurper of the Pride Lands who was trapped while the Forgetting ravaged Dreamlight Valley. Players must aid Scar and restore the Pillar of Nurturing by traveling deep into the Plateau’s mines to find the source of the problem, all while dealing with Scar’s less-than-honest motivations.

The release of “Scar’s Kingdom” also marks the launch of the game’s next Star Path season, dedicated to all things Halloween and Disney Villains, and featuring items inspired by iconic films, including Disney’s Alice in Wonderland, Hercules, Sleeping Beauty, Snow White, and more. In order to unlock the all-new and exclusive season cosmetics, players will have to befriend iconic villains, remove Night Thorns from their territory, and spend time skulking around the Valley. New and exclusive outfits, accessories, furniture items, and more await those willing to put heroics aside. Sometimes it’s good to be bad.

Disney Dreamlight Valley is a life-simulation adventure game that invites players to create and personalize their own Avatar before embarking on an enchanting journey alongside some of Disney and Pixar’s most beloved characters. For a limited time, Founder’s Pack owners can now be amongst the first to begin their adventure in Disney Dreamlight Valley and access the new content update. Players still looking for their chance to help Mickey Mouse and his friends solve the mystery of the Forgetting still have time to purchase one of the limited-timed Standard, Deluxe, and Ultimate Edition Founder’s Packs on their platform of choice. Each Pack is filled with goodies like premium currency, clothing, furniture items, motifs, and enchanting animal companions, all exclusive to these packs during the Early Access phase. Additional free content, including new characters, storylines, items, and more, will continue to be released for all players on a regular basis during the Early Access period.

Sign up for newsletter updates by visiting https://disneydreamlightvalley.com and join the conversation on: