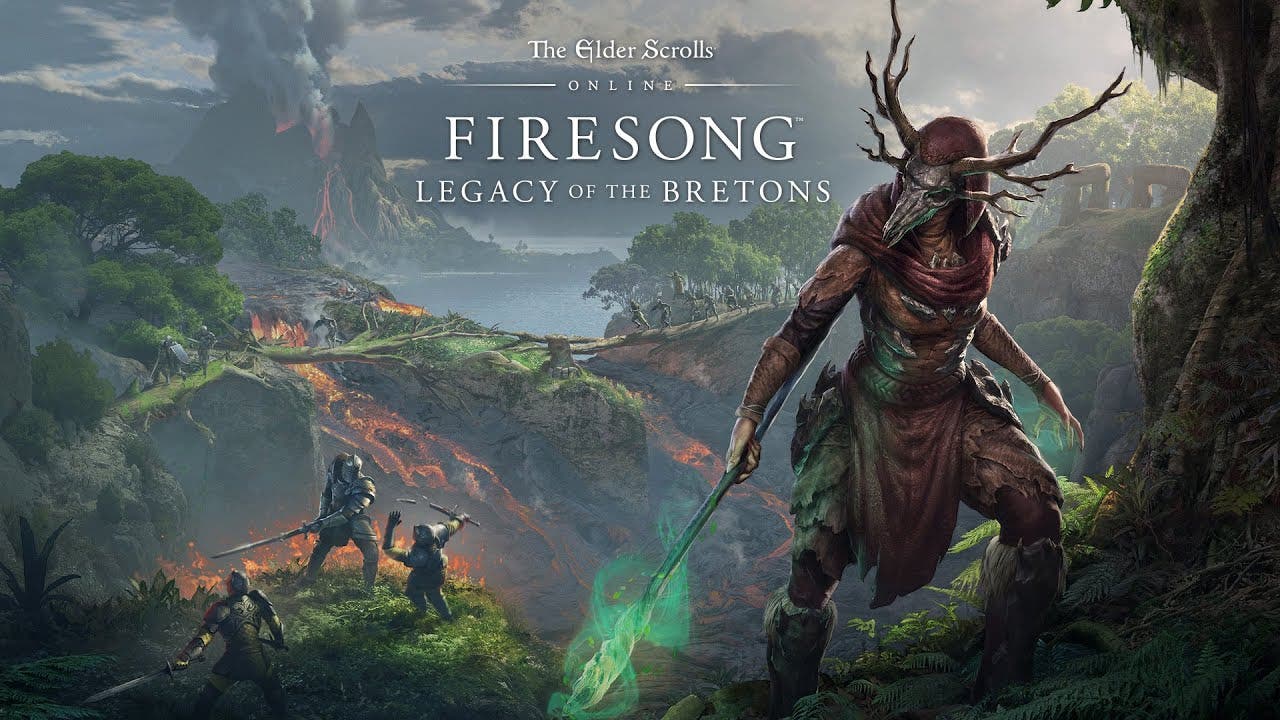 Today, The Elder Scrolls Online’s yearlong story, Legacy of the Bretons, comes to its epic end with the launch of Firesong on PC/Mac which includes 15 hours of new story content, featuring an unexplored zone, new characters, as well as unique collectibles, and achievements. This final DLC for 2022 will be available on Xbox One, Xbox Series X|S, PlayStation 4, and PlayStation 5 consoles November 15.

In this new story DLC, players will explore an untamed island of Galen, the westernmost island of the Systres archipelago, dive deep into the lives and culture of the druids, and fight to defend Galen from the threats within. In The Elder Scrolls Online: Firesong, players will finally confront the Ascendant Lord and conclude the Legacy of the Bretons yearlong adventure. The Firesong DLC is free for all ESO Plus members and available for purchase for non-members through the in-game Crown Store.

Read all about Firesong including in-depth details on the new zone, bonus quests and unique rewards as well as an introduction to the new Tales of Tribute patron, The Druid King, on The Elder Scrolls Online official website here: https://www.elderscrollsonline.com/en-us/news/post/63075

Releasing alongside the Firesong DLC, the Update 36 base-game patch is a free update for all ESO players that introduces a host of balance changes, bug fixes, and new features. These new additions include the ability to place unique target markets on enemies (allowing players to better coordinate with their allies), a text-to-speech accessibility option, the option to hide class pets within cities and towns, and a series of improvements to the Housing system.

For full patch notes on Update 36, remember to keep an eye on our official forums.