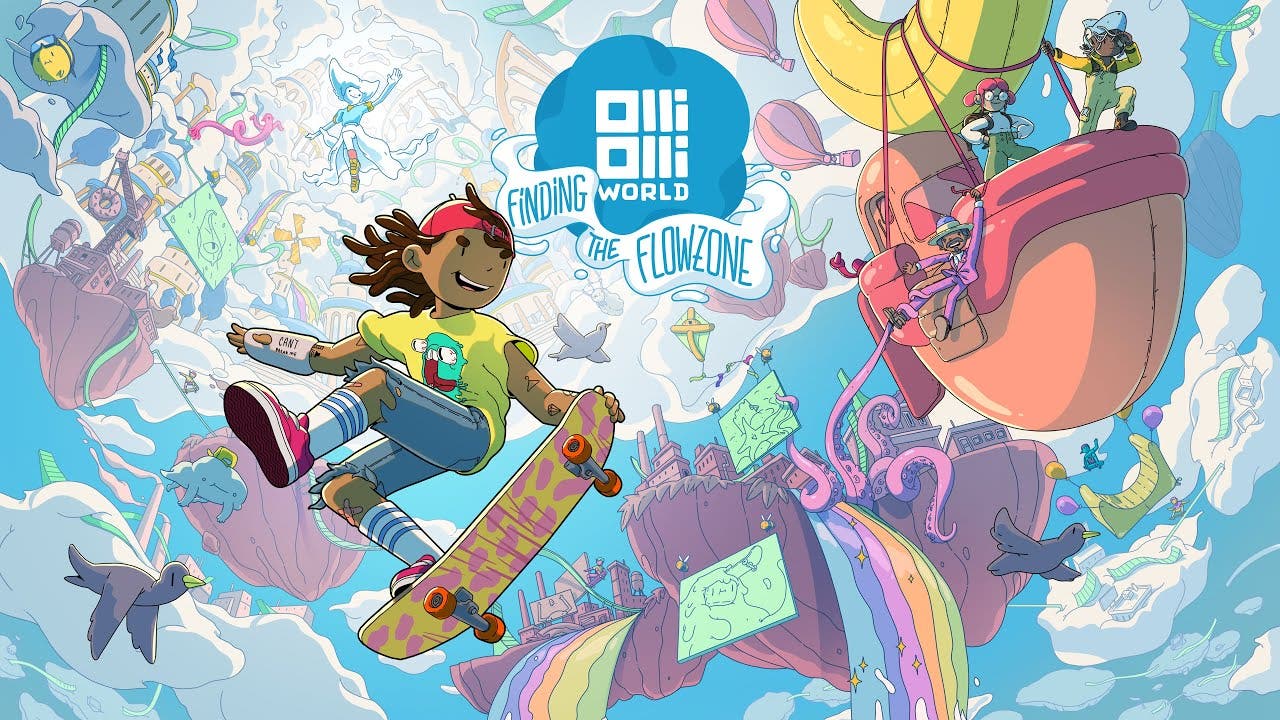 Join the fearless Radmospheric Three – Squid, Licht, and Professor Planks – unified to prevent B.B. Hopper, the business frog, from exploiting the rumored hidden city in the sky. As you traverse these incredible heights, collect map pieces that unlock the path to Radlantis, the legendary lost island built by the skate gods themselves. The tempest skate god Gail Force provides new Windzones to ride and perform the gnarliest aerial tricks. Get ready to embark on the raddest quest in OlliOlli World’s final ascending adventure: Finding the Flowzone!

“When we set out to create this expansion, we knew we wanted to take players on another remarkable adventure on their quest for ultimate skate greatness,” said John Ribbins, Studio Creative Director at Roll7. “OlliOlli World: Finding the Flowzone will take players above the clouds to a lost mythical city that constantly challenges them to keep their footing as mighty winds bear down at nearly every ramp or rail.”

“OlliOlli World: Finding the Flowzone is an amazing addition to our critically acclaimed skateboarding title, and we are eager to see what players are brave enough to conquer Burly Routes, the brand-new insanely difficult paths through the Windzone,” said Mika Kurosawa, Senior Producer at Private Division. “This expansion is the perfect accompaniment to the base game providing plenty of additional customization options to unlock, a kooky cast of characters to meet, and a hefty dose of levels that will push people’s prowess as a skateboarder.”

Hit the altitude with attitude! Gear up for the gnarliest exploration ever with a fresh range of customization options. Can’t roll up to Radlantis without looking awesome, right? Express your true self with more signature OlliOlli fashions to finish each course, in your unique style. But don’t forget to suit up… we hear it’s pretty windy up there!

*A copy of OlliOlli World on the same platform is required to play both DLCs and Expansion Pass content.