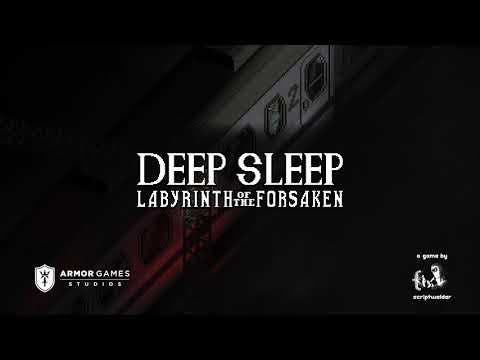 Point-and-click horror adventure Deep Sleep: Labyrinth of the Forsaken is a follow-up to the Flash classics, coming in 2023

Players follow Amy, a small town vet whose world is engulfed by the dark following the unexplained sudden death of her estranged brother Thomas, and the revelation of an obsession with lucid dreaming he kept secret from the world. As Amy delves into his years of research, her own dreams contort and twist, and she begins to wonder whether Thomas was onto something extraordinary, and maybe, just maybe, he isn’t actually dead.

Deep Sleep: Labyrinth of the Forsaken sees the return of scriptwelder’s signature tension, atmosphere, and horror through classic point-and-click adventure gameplay and stunning pixel art visuals. Explore dream realms both fantastical and nightmarish, overcome challenges and puzzles using smarts and sheer will to shape your surroundings, and fight your fears with turn-based encounters.

Amy’s search for her brother begins in 2023. But beware, what lurks beyond the veil of slumber may be best left undisturbed. Stay tuned for more updates on Deep Sleep’s return, and wishlist the game on Steam today: https://store.steampowered.com/app/1868360/Deep_Sleep_Labyrinth_of_the_Forsaken

An independent developer from Poland with a long history beginning in the Flash gaming scene, scriptwelder is best known for the fan-favorite Deep Sleep and Don’t Escape series’, with each having seen millions of individual plays across Newgrounds, Kongregate, Armor Games, and more. After returning to Don’t Escape with the critically acclaimed Don’t Escape: 4 Days to Survive in 2019, the veteran horror developer set his sights on a long requested follow-up to the Deep Sleep Trilogy, launching in 2023.

From its roots as a popular portal for online gaming, Armor Games Studios is a publisher that aims to work directly with and help foster talented indie developers to create unique and engaging games of all types for all platforms. For more information, visit www.armorgamesstudios.com, and follow the company on Twitter @ArmorGameStudio.