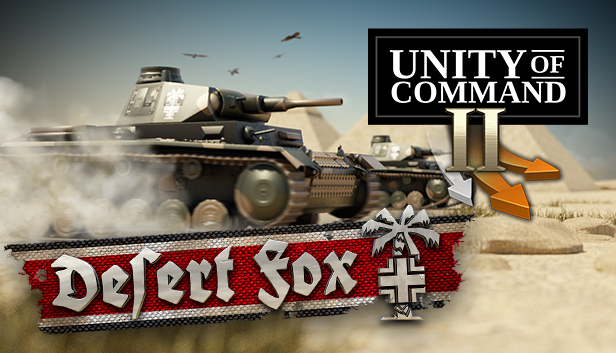 After leading the allied forces in the Mediterranean in Desert Rats, it is now time to turn your coat and take command of the Afrika Korps led by no other than General Erwin Rommel!

Germany has big plans for 1941, and they don’t include a Mediterranean diversion. Still, Italy cannot be allowed to fail entirely.

Axis forces in North Africa are a curious mix: the Afrika Korps was an elite and highly agile force. The more numerous Italian divisions supporting it were often brave but poorly led and not equipped for mobile warfare.

Defeating the British here will require utmost skill making the most of inadequate supplies and forces of mixed quality.

Unity of Command II is the sequel to one of the most critically acclaimed strategy games of all time; a game critics called ‘the perfect gateway’ into computer war games.