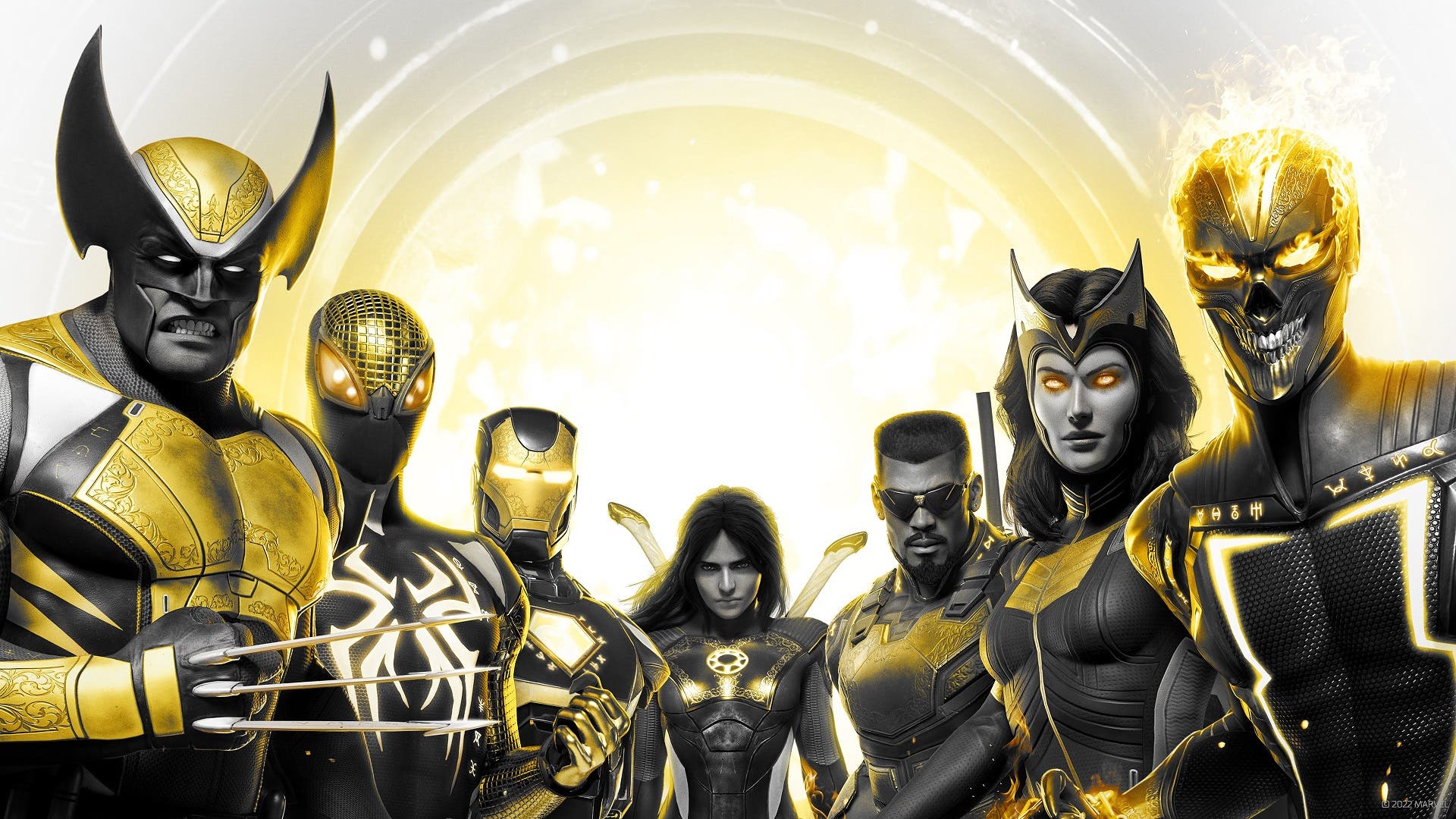 Relationships are important to have and maintain. They take a lot of work from all parties for it to be successful, whether it’s between friends or something romantic. Which is the exact reason I don’t want to have to cultivate and juggle all of them in Marvel’s Midnight Suns in order to maximize party potency. It’s a game that I wholeheartedly enjoy the combat for, but everything that exists outside of it feels like a chore. Firaxis is back with Marvel’s Midnight Suns, a turn-based tactics game where they can flex different muscles that isn’t about aliens and permadeath. It’s a surprisingly deep, complex, and varied game that is part RPG, part deck-builder, part tactics, and part relationship sim. The confluence of all these parts is actually what makes Marvel’s Midnight Suns so great, it’s a brilliant and fully realized game that goes beyond anything else in the genre. 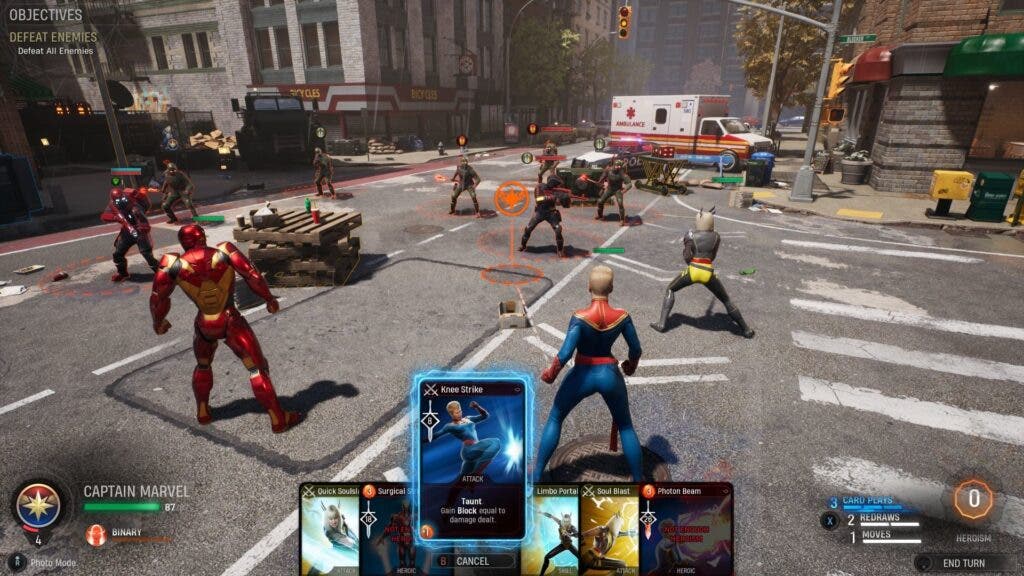 The game begins with Lilith, an omega-level villain being risen from the dead thanks to ultra-baddies in Hydra. Upon her resurrection, she starts a war she didn’t expect so much resistance for. After a short introduction mission, you awaken as The Hunter, a fully customizable avatar that serves as the protagonist for this adventure. While it’s great to build a hero from scratch, you don’t get to decide on weapons, powers, or anything other than cosmetics. They are also a silent protagonist, and feels completely out of place when compared to all the other greater and even lesser known Marvel characters that are so chatty. The Hunter simply can’t compete, and playing as them as not as exciting as one would hope.

Marvel’s Midnight Suns has a solid roster of characters that you’d expect: Iron Man, Captain America, Doctor Strange, Wolverine, and Spider-Man are all here. However, the Marvel Cinematic Universe has ruined any chance of the game versions from ever being considered “good”. Especially someone who’s so charismatic and enigmatic like Robert Downey, Jr. as Tony Stark, all the characters seem like cheap imitations here. This is no fault of the voice actors or the direction they were given, but it detracts from the experience. You’ll be introduced to the titular Midnight Suns, a supernatural team comprised of the new Ghost Rider, Blade, Colossus’ sister Magik, and Nico Minoru. It’s worth noting that Lyrica Okano reprises her role from “Marvel’s Runaways” as Nico Minoru, who adds credibility to the character – I just wish there was more of that. It’s a well-rounded set of super heroes that have conflict, interest, and excitement throughout. 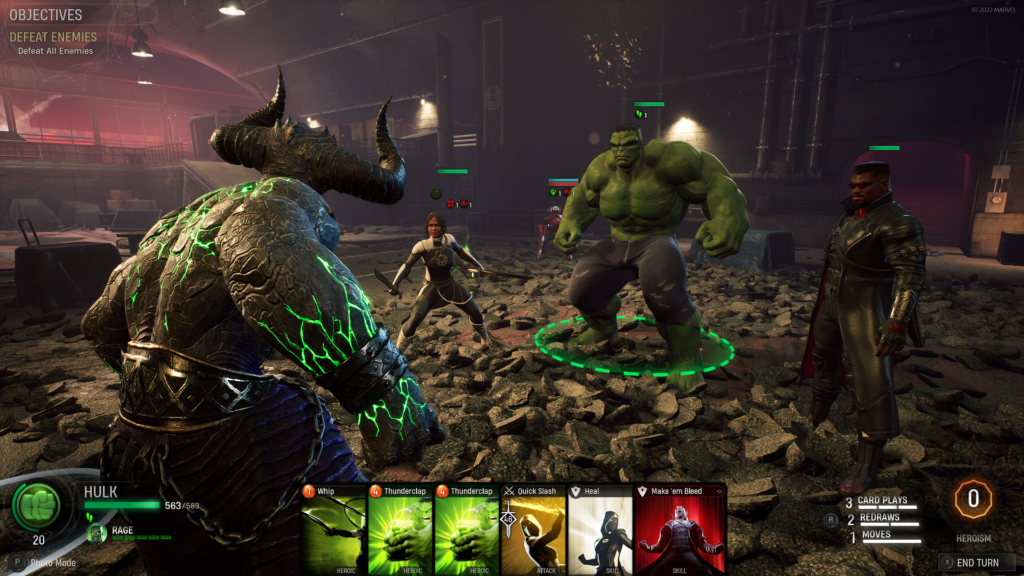 The heroes find sanctuary at The Abbey, the place where you were resurrected, but is also protected from Lilith discovering it. This is a rather sizable area for The Hunter to explore the grounds, complete side activities, lounge with the team, and most importantly, prepare for battle. Getting around The Abbey is easy to do as normal walking speed is brisk, and the infinite sprint makes it even easier. Fast travel points reveal themselves as they’re discovered, making navigating to previously visited areas a snap. The grounds can be sparse in places, but there’s chests to open, lore to read, and conversations to take place. You can send heroes in operations that happen in the background, you can spar with other heroes to boost your friendship status, and increase the power of the cards in your deck.

Everything you do at The Abbey is preparation for the upcoming battle. To do so, there’s the aforementioned training, as well as forge and maintain relationships and friendships with everyone there. How you spend your time with these people is entirely up to you, but it’s so very weird all the same. Having intellectual conversations with Blade about “The Art of War” is fascinating, but this is contradicted by him talking to you about feelings and love. It’s not that this character can’t express or feel these emotions, it just becomes more personal than anything we’ve been used to before. These relationship building exercises prove their usefulness when you start to earn permanent passives and unlock legendary cards for use in combat. Whether it’s fishing, playing video games, or having a deep conversation, these are simply a short cutscene that progresses the bond. Maybe it’s just my anti-social self, but i don’t like talking to anyone, and there’s just so. much. talking in this game, because so many times I just wanted to get to the next mission and fight.

Missions are broken up into two categories: generic missions that give you resources and experience, or story missions that are meatier which add heroes to your roster and advance the narrative to the next beat. Once you’ve got boots on the ground, you realize how much of a change-up there is from the makers of the modern XCOM series. This is a deckbuilding turn-based tactics game that lives and dies by the effectiveness of the cards in your deck. You get to select from eight cards to build your deck, which must include one attack, one heroic, and one skill card, and the rest is up to you. The unique ability cards like skill, attack, heroic, and so on can be Hunter’s heal, Blade inflicting bleed, and Spider-Man sticking enemies into place so they miss a turn. Often times there will be objective cards that let you disarm a bomb, or swipe an artifact. One character can move per turn, and the game’s rather forgiving as you can move multiple times so long as you don’t use a card. Gone is the percentage chance to hit on any given attack, no superhero misses, and that translation into the game is extremely appreciated. Ask anyone who’s played XCOM 2, and you’ll surface trauma of shots at close range missing when there’s 90% probability of it hitting. The one part where this is preserved is at ledges or portals, which does roll some dice as to whether that attack will be successful due to the potential to cheese these types of attacks.

Determining priority targets is essential, as you should almost always take out enemies as quickly as possible, or focus on objectives. Whether friend or foe, no one can take cover, because no one is afraid of facing things head-on. For tougher enemies, they might buff nearby allies or call for reinforcements. It’s interesting seeing common villains get a unique twist. For instance, the first boss you come across is Venom, who’s been tainted by Lilith’s influence. This shake-up really highlights how much this game is doing its own thing. I do like the randomness of card draws, but if you get something you don’t like, you can redraw to something that you do want. Over the course of a battle, you’ll earn heroism for each of the actions you perform. When it is high enough, you can activate the heroic cards for devastating attacks. The combat is dynamic, fun, and engaging no matter which superhero you bring in with you. 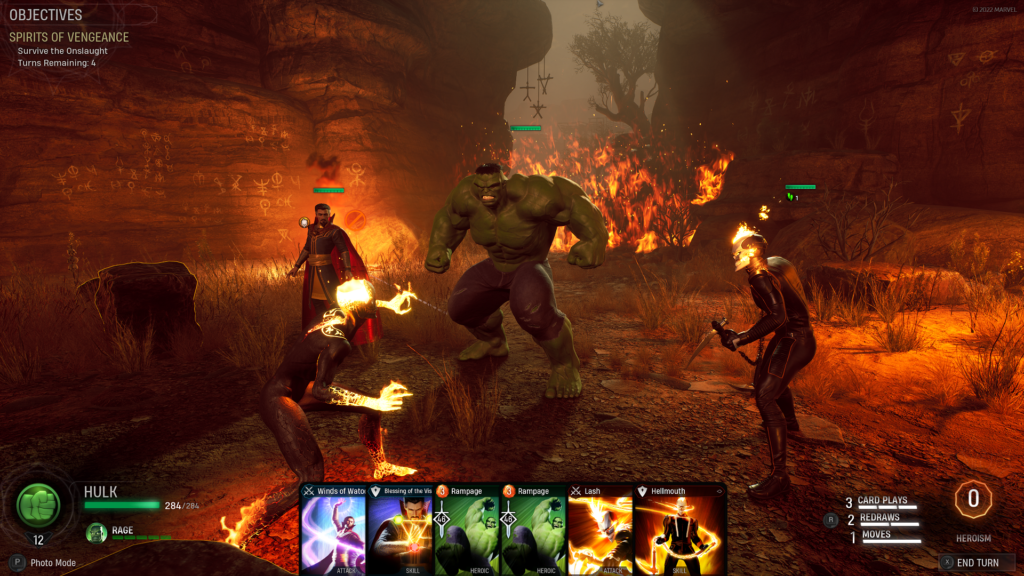 Superheroes will level up, and when they do, everything in terms of what’s improved happens passively. You don’t get a choice in how they advance, there’s no skill tree to invest points into. That said, each time you bring them into a mission, you feel that power growth over time. If a hero takes constant damage despite being healed, they can become injured, ruining their effectiveness in battle. This system ensures that you give your heroes a rest, and allows you to change your playstyle so that everything you’re doing stays fresh. As a result, character levels do not go out of balance, and it’s always easy to bring some up to your level after they’ve sat out for a few missions.

The Hunter will have to make choices, mostly binary ones either light or dark when in conversation. At certain points, dark and light cards will be presented to the player for how they want to go down a certain path, where some abilities are gated behind that choice. The overall impact isn’t that important, but playing the dark side here never feels right.

Marvel’s Midnight Suns has a great framerate during battle, hovering around 100fps or so on the highest settings and with Ray Tracing turned on. When roaming about The Abbey, the game settles at around 60fps for whatever reason. I did have some crashes during battles, and thankfully autosaves came to the rescue of not losing much progress. I did find a significant performance increase to the game on the whole once I removed the 2K launcher from starting with the game. This single-handedly improved performance more than anything else I’ve done.

If you distill this game down into two equal parts of combat and non-combat, then I love the combat. What I don’t love is the custodial relationship aspect, but I understand why it becomes so crucial over time, as it provides the backbone to combat effectiveness over time. And it’s nice to have a respite from the combat, level up, customize my room, pet a demon dog, and have superheroes open up to me. It’s still weird, but it’s something we don’t see or have the time to explore in most games, let alone a Marvel one. Firaxis is in top-form here, having slightly pivoted, and Marvel’s Midnight Suns sits in the upper echelon of Marvel games that you have to play.