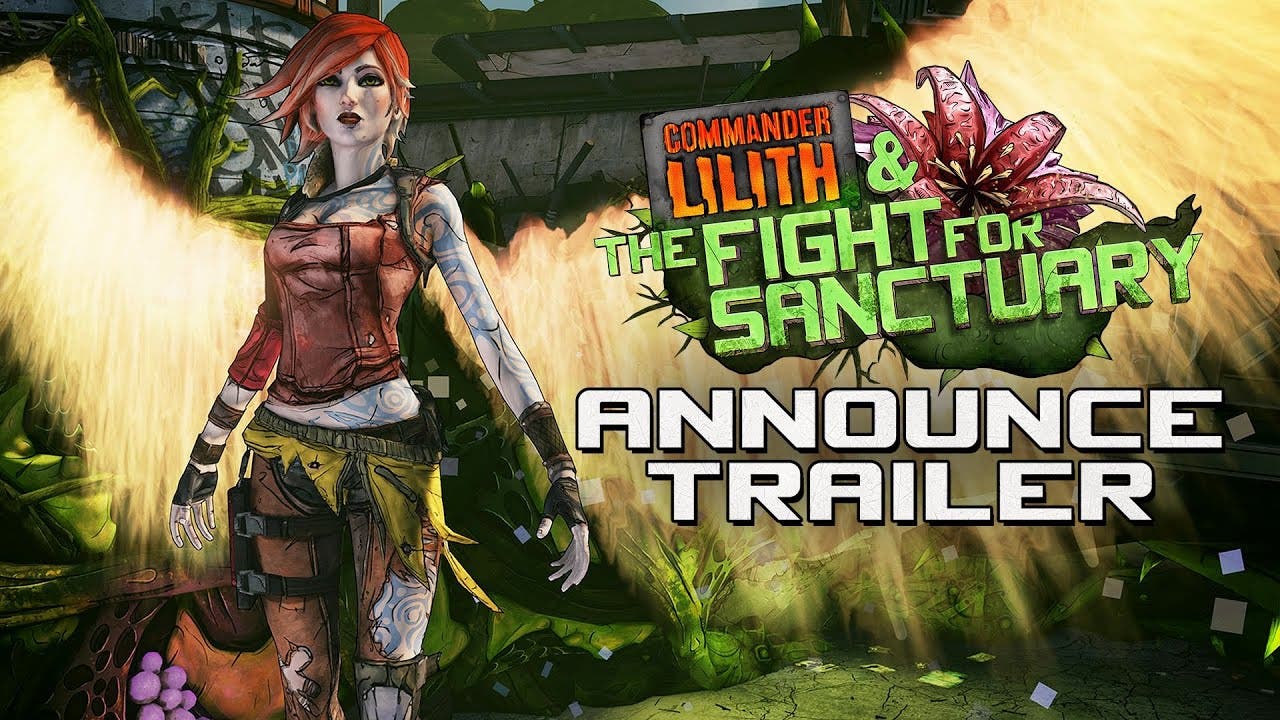 Borderlands 2 DLC ends with Headhunter 5: Sir Hammerlock Versus the Son of Crawmerax today

Sir Hammerlock invites all Vault Hunters to join him in the fifth and final Borderlands 2 Headhunter add-on, Sir Hammerlock Versus the Son of Crawmerax, releasing on April 15, 2014 for just USD $2.99 / GBP £2.39 / EUR 2,99 € on PC and Mac via Steam, Xbox 360 via Xbox Live Marketplace and PlayStation 3* via PlayStation Network!

Just in time for the holidays, How Marcus Saved Mercenary Day, the third add-on in the Borderlands 2 Headhunter series, is available starting today via digital download across all available platforms worldwide for only $2.99. Get in the holiday spirit by dodging snow balls and fighting the terrifying Abominable Mister Tinder Snowflake all while trying to save Marcus’s shipment of guns.

New Headhunter pack for Borderlands 2 is all about Thanksgiving

Hungry for more, Vault Hunters? You won’t have to wait long – The Horrible Hunger of the Ravenous Wattle Gobbler, the second Headhunter add-on for Borderlands 2, will be available beginning  November 26th* for just USD $2.99 / GBP £2.39 / EUR 2,99 € on PC and Mac via Steam, Xbox 360 via Xbox Live Marketplace, and PlayStation 3 via PlayStation Network!

The first in the Headhunter add-on series for Borderlands 2, TK Baha’s Bloody Harvest,is available beginning today* via digital download across all available platforms worldwide** for only USD $2.99 / GBP £2.39 / EUR 2,99 € each. Join the zombified corpse of TK Baha in a spooky, Halloween-themed adventure that can be played in a single sitting, alone or cooperatively (we recommend bringing friends!).

Should you buy the Borderlands 2 GOTY Edition?

Reviewing the contents of the Borderlands 2: Game of the Year Edition, I wondered if you could spend less than $59.99 for it. I used the Steam Store page for Borderlands 2 to determine cost and value, and break down items individually. There are some pieces of content that simply don’t have value.

Borderlands 2 Game of the Year Edition is Now Available

2K and Gearbox Software today announced that the Borderlands® 2 Game of the Year Edition is now available on all platforms in North America, and will be available internationally on October 11, 2013. With over $100 of gameplay content for only $59.99, players have never had a better opportunity to get their hands on the critically acclaimed Borderlands 2, all of the Season Pass content, two additional character classes, plus more for such an outstanding value.

2K and Gearbox Software are continuing to celebrate the immense success of Borderlands® 2 with today’s announcement of the Borderlands 2 $100,000 Loot Hunt. Whether you’re already a grizzled vault hunter, or are planning to buy the Borderlands 2 Game of the Year Edition on October 8, 2013, fame, fortune, and loot – both in-and-out-of game – are up for grabs when this four-week sweepstakes begins on October 11, 2013 at 10:00 a.m. EDT.

A sequel to Borderlands makes a lot of sense given the surprising success it had in 2009, followed by an aggressive and mostly well-received DLC campaign. The formula is simple, take what would be a generic first-person shooter and add RPG and quest elements. Then make the entire loot system all about guns rather than armor and clothing. The result was a frenzy of finding the rarest of weapons with the best properties to share and show to your friends. All of this eclipsed the weak ending of the main story.

I chose to play the Assassin as I held a controller in my hand, but for the PC version of the game and had a Gearbox Dev as my co-op partner. The Assassin, Zero is the equivalent to the Hunter of the first game. It very much is “more Borderlands” but feels tighter and they expanded the trees to have branches that can diversify the characters and make them just as random as the weapons that drop. The skills you select can compliment each other between branches.

2K games and Gearbox announced today that Borderlands 2 is under development, and due out Fiscal Year 2012. Borderlands was a great game that many of us here at Saving Content enjoyed, so we will all be looking forward to it! Press release is below:

NEW YORK, Aug 03, 2011 (BUSINESS WIRE) — 2K Games and Gearbox Software announced today that the sequel to the extravasplosive breakout hit, Borderlands(TM), is currently in development at world-renowned developer Gearbox Software. Coming to the Xbox 360(R) video game and entertainment system from Microsoft, PlayStation(R)3 computer entertainment system and Windows PC during Take-Two’s fiscal year 2013 beginning on April 1, 2012, Borderlands 2 is the epic sequel to the ultimate four-player Role-Playing Shooter loot fest. Combining invention and evolution, Borderlands 2 features all-new characters, skills, environments, enemies, weapons and equipment, which come together in an ambitiously crafted story. Players will reveal secrets, and escalate mysteries of the Borderlands universe as they adventure across the unexplored new areas of Pandora.

2K Games and Gearbox Software are taking this show on the road, and fans and media will be able to get their first look at the game at Gamescom 2011 from August 17 – August 21, and at PAX Prime (Booth #3417) from August 26 – August 28. Eager gamers can learn more about Borderlands 2 right now by picking up the latest issue ofGame Informer Magazine, which has the worldwide exclusive cover story on the title. Readers will find many game details inside the issue, including the first reveal of one of the several new character classes being introduced inBorderlands 2.