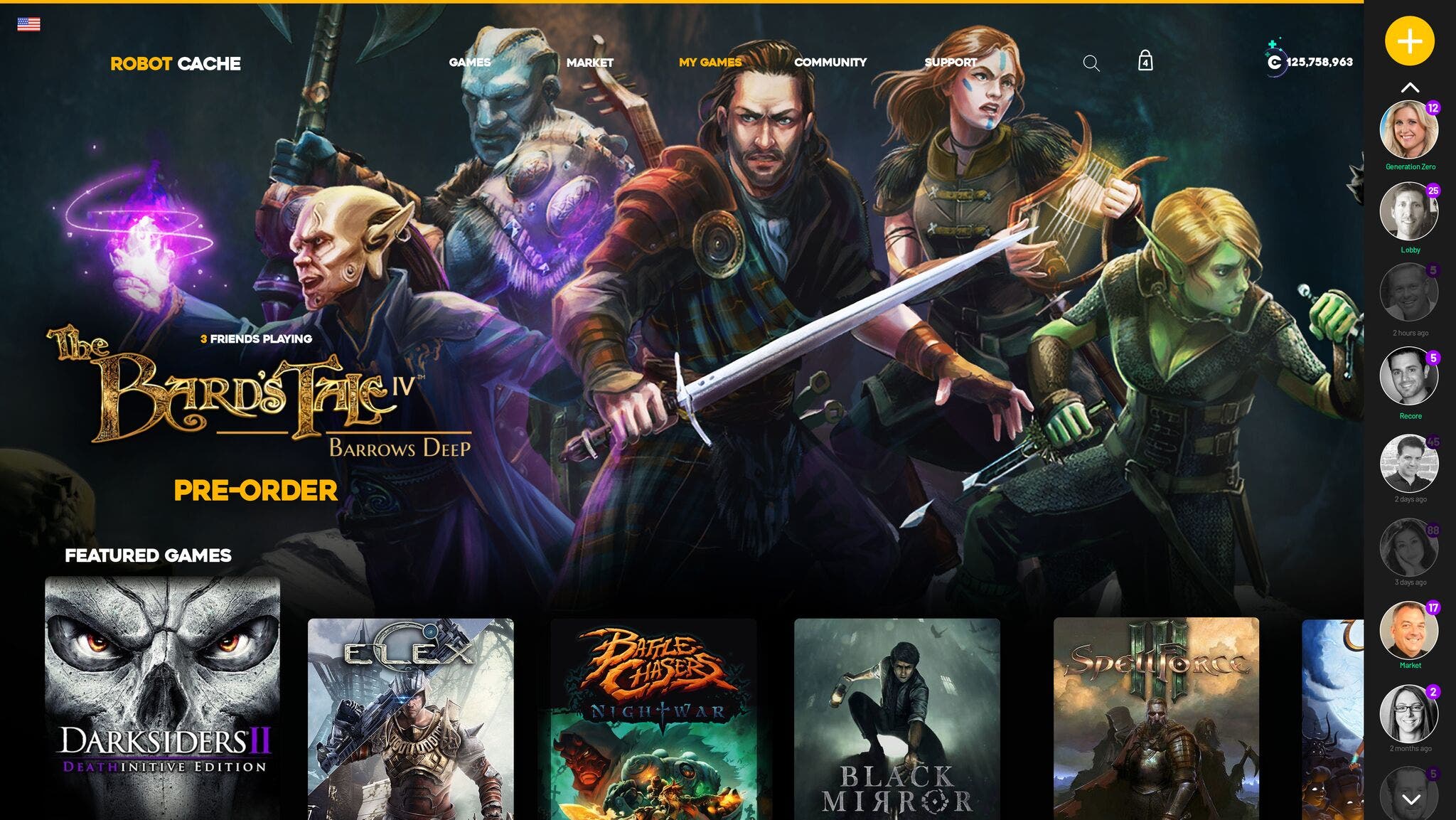 Fry Scores, the cook book to making videogame-inspired foods is Now on Kindle

GOG.com Celebrates 6-Years of DRM-Freedom with a Sale

GOG.com, the DRM-free home to all that is good in gaming, kicks off its sixth birthday celebration in style with day one of its week-long Birthday Sale. To honor the games that have left an imprint on gaming’s history, each day GOG.com will put a selection of gems on sale, changing the lineup completely every 24 hours. We’ll kick things off with games from GOG.com’s Year One (released on GOG.com between September 2008-August 2009), including titles like Heroes of Might and Magic 3: Complete Edition (70% off, $2.99), Simon the Sorcerer (75% off, $1.49) and Duke Nukem 3D Atomic Edition (66% off, $1.99).

The Humble Store is a permanent addition to the website that will have many more games than could ever fit in a Humble Bundle. That means more opportunities for Humble customers to find great games at great prices while supporting charity.

“I am extremely excited by the Humble Store because I think it expands Humble Bundle’s ability to be useful to game developers and gamers while supporting great causes,” said John Graham, Co-Founder and COO of Humble Bundle.

“We’re proud to have Don’t Starve in the new Humble Store Debut Sale,” said Jamie Cheng, founder of Klei Entertainment Inc. “Humble has consistently been a terrific partner to work with.”

Stardock is pleased to announce that it has secured the rights to the classic PC franchise Star Control with the intent to develop a new Star Control game. Development on the new game will begin this year with a release date to be determined at a later time.

“We expect the new Star Control to come in the form of a reboot, similar to what Firaxis did with the XCOM series last year,” said Brad Wardell, president and CEO of Stardock. “We are looking at Star Control II as a major source of inspiration.”

Entering its 20th year as an independent studio, Stardock remains one of the few development studios solely dedicated to PC gaming. Its critically-acclaimed PC games include the timeless Galactic Civilizations series and the award-winning Real-Time Strategy game (RTS) Sins of a Solar Empire, which has sold more than two million copies worldwide. PC Gamer Magazine recently chose Galactic Civilizations II and Sins of a Solar Empire: Rebellion for inclusion in the top 100 PC games of all time.

Star Control maintains a cult following as a beloved PC franchise, with the first title including options for melee or strategy gameplay set in a science fiction universe. The sequel—Star Control II—expanded on the Star Control universe as an adventure game and shooter. Star Control II still holds spots on critics’ lists of the best PC games of all time among both new and seasoned PC gamers.

More information on the new Star Control will be announced as it becomes available.

Deep Silver today announced that the ‘Faction Pack’ – the first piece of DLC for 4A Games’ critically acclaimed Metro: Last Light – is set for worldwide release on Steam, Xbox LIVE® online entertainment network from Microsoft and the PlayStation®Network on July 16th in North America and July 17th in Europe and the rest of the world.

The ‘Faction Pack’ includes three original single player missions, each casting the player as a different specialist from the warring Factions. Returning to some classic locations from Metro 2033, these missions feature new weapons, the return of a truly terrifying mutant foe, and offer three distinct gameplay challenges which we will leave as a surprise.

The Faction Pack costs $4.99 / 400 MSP, and is the first of four DLC packs to be included in the Metro: Last Light Season Pass, which at $14.99 / 1200 MSP offers a discount over buying the packs separately, and also includes an additional exclusive weapon, the Abzats.