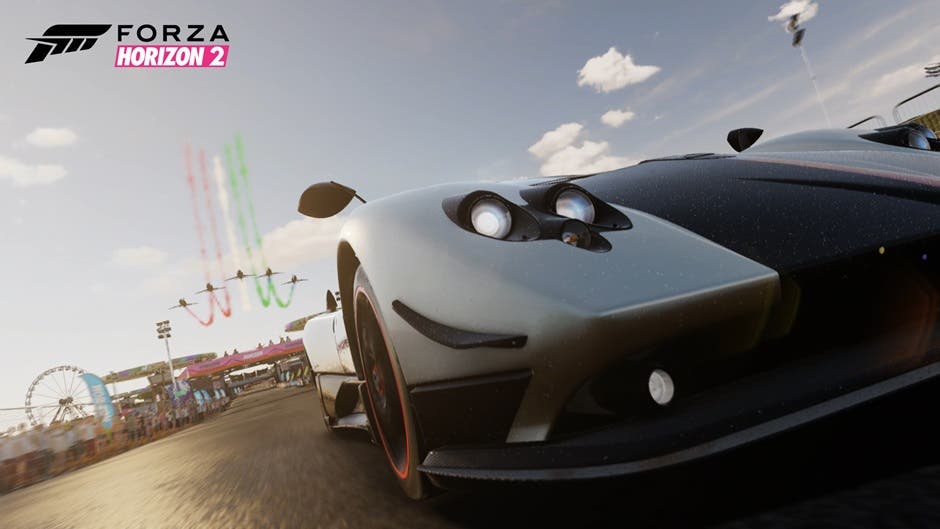 Thief Original Soundtrack to be published by Sumthing Else Musicworks

Castlevania: Lords of Shadow 2 soundtrack to be released by Sumthing Else Musicworks

The composers that make up The Witcher series OST: Krzysztof Wierzynkiewicz, Michał Cielecki, and Adam Skorupa are behind The Shadow Warrior OST.

The full soundtrack is included in the Special Edition of Shadow Warrior which your readers/audience can get here: http://store.steampowered.com/app/233130/.

The first three tracks are found embedded above, or available here: https://soundcloud.com/devolverdigital/sets/shadow-warrior-ost

Hotline Miami Soundtrack Now Available on Steam, with 50% Off Sale

Hotline Miami is one of our favorite games from 2012 and is Steam’s Weekend Deal, along with the addition of the Official Soundtrack.  The Weekend Deal goes from Thursday Afternoon to Monday Morning Pacific Time. Just go grab it now.

As of now, you can beat down goons with twins Billy and Jimmy in Double Dragon: Neon, as WayForward brings this classic franchise into the 21st century with all of the hyper-saturated gloss from the ’80s.

Now you can go download Double Dragon: Neon’s soundtrack, heavily inspired by the wailing guitars, manly falsetto, and general epic-ness (as tight as a pair of black leather pants!) from the electric ‘80s. It’s truly, truly outrageous, and you can download it now – for free! – at DoubleDragonNeon.com, the official place for all things Billy and Jimmy!

EA SPORTS™ announced today the official NHL®13 soundtrack, featuring 16 licensed tracks by established and upcoming artists from around the world. The music selected for the soundtrack, in conjunction with the extensive presentation overhaul undertaken in NHL 13, ensures the game looks, plays and sounds like an authentic NHL®hockey experience. Promising the biggest change to the franchise on this console generation, NHL 13 will be available on September 11, 2012 in North America and September 14, 2012 in Europe.

Today, Ubisoft revealed the full track list for Just Dance 4 in North America. Just Dance 4 will be released on October 9, 2012 on the Wii system from Nintendo, Microsoft Kinect for Xbox 360 and Sony PlayStation Move for PlayStation 3 computer entertainment system. The game will also be released on the Wii U system from Nintendo during launch window.

Just Dance 4 features more than 40 new tracks, ranging from chart-topping Billboard hits to classic dance party tracks. Whether it’s pop, hip-hop, rock, R&B, country or funk, there is something for everyone.

The Retro City Rampage Soundtrack now available as both a digital download on Bandcamp, and on a limited edition Vinyl!

“SSX has always been one of EA’s most music intensive, genre diverse and sonically adventurous titles,” says Steve Schnur, Worldwide Executive of Music & Music Marketing. “The songs on this new soundtrack cover ground from indie rock, dub step, hip-hop, drum + bass and beyond. As fans of the ultimate snowboarding franchise have come to expect, our artists range from top cutting-edge stars to tomorrow’s hottest underground acts. Ultimately, it’s a soundtrack full of next-level music that is totally ripe for discovery.”

Gamers will have the ability to upload their own music to SSX to create custom playlists for menu and in-game music. SSX also features a dynamic music remix tool that will automatically remix licensed tracks and custom music based on the player’s actions and performance in-game.

One of the most critically-acclaimed titles coming out of E3, SSX is now featured on 14 ‘Most Anticipated Games of 2012’. SSX launches on the PlayStation®3 computer entertainment system and Xbox 360® video game system on February 28 in North America and by March 2 in the rest of the world.

Console developer Sidhe announced today the highly acclaimed soundtrack from their award winning game, Shatter, will be available on vinyl as an exclusive limited edition release. Musician extraordinaire, Jeramiah “Module” Ross, has edited and remastered his original soundtrack for vinyl to ensure the highest quality reproduction and a superior listening experience.

“It is really great to hear the quality that this format gives you straight off the bat,” said Ross, who continues to work with Sidhe on other projects “I have edited the core Shatter music tracks and re-mastered them via Abbey Road Studios at the highest possible audio settings for you all to enjoy.  Big thanks for all the support, awards and many fans from the last two years”.

Featuring 10 remastered tracks, a 300gsm 12” matte laminate stock sleeve with spot UV gloss overprint, and distinctive translucent blue 12” vinyl, this individually numbered and signed limited edition album is a must have for any game collector, music enthusiast or vinyl addict.  Purchasers of the vinyl album will also receive an immediate download of original 13-track album, and a Steam download code for Shatter on PC delivered separately.  The album can be ordered from: sidhe.bandcamp.com

Shatter is available for PS3 and PC via PlayStation® Network and Steam.  More information about Shatter can be found at www.shattergame.com

The artists featured on Batman: Arkham City – The Album approached their contributions to the album with their own unique interpretations of the stories surrounding Batman. The result is an eclectic mix of dynamic, atmospheric songs for an album that will appeal to fans of both the artists and Batman: Arkham City.  Coheed and Cambria frontman Claudio Sanchez said, “I write in a very conceptual format with the stories that surround Coheed and Cambria, but Batman has a much larger, defined history and rules that go along with it.  My goal was to find universal themes from Batman’s existing history to help give the lyrics legs and dimension so that the song could live within that world.”

12. A Place to Bury Strangers – In The Shadow