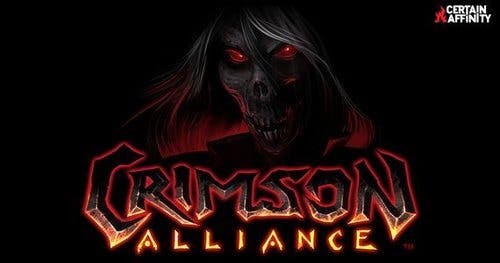 A mercenary, a wizard, and an assassin walk into a bar…well, they don’t actually. But these three unsavory characters are thrown in a quest to stop the evil that’s been destroying and cursing the lands. Regardless of which characater you play as, this is very much the Wizard’s tale. As a Mercenary or Assassin, you still play to the tune of the Wizard and have no story of your own to tell.

Now from a glance you’d see this as a Torchlight or Diablo-like game. While you’re close, you’re at the same time far off. This game resembles more Gauntlet Legends than anything. There is continuity when going place to place, or a cutscene will serve as a time advance for getting to a new locale. There is a score system in place once you reach the end of the level (marked by a red triangle), for: Combat, Finding Secret Areas, and for completing the level in the least amount of Time. All of which add up to a bonus that will give you a Bronze, Silver, or Gold rating. You can, at any time change the difficulty or replay a level for a higher score.

About that difficulty, it’s actually pretty even throughout. The game progressively swarms you with more and more enemies. Any deaths incurred set you back to the latest checkpoint. There are no saves here, at least ones that you can create. One unique feature, is that all characters share the same level progression. Meaning, if you create an Assassin’ after you beat the game, the “Level 0” Assassin will have access to all levels from the get-go – which is a nice feature.

In-between levels, you’ll unlock Challenge levels which is a specialized campaign level for high scores and at a higher difficulty of enemies that come in waves. Also on your path to the next level is Merchant levels. It’s here where you can spend your hard-earned gold on Weapons, Armor, Shields, and Deployables. The deployables are in each level that you can pick-up: Health Totem (which is a circle of healing if you can’t find a health jar), Mechanical Turret (a steampunk turret to fight enemies), Throwing Axe (a fiery axe that explodes on contact doing splash damage), and Monster Bait (to distract and huddle enemies together).

Combat is very simple; X is your light attack, Y is heavy attack, B is stun, and A is dash. The dash is going to be your primary mode of transportation as it gets you places just a bit quicker (to aide in the faster level times). Unfortunately this is shared with all 3 character classes as there aren’t really any varying differences except maybe the Wizard who uses fire, lightning, ice, and wind spells. Over time you’ll unlock the ability for an Ultimate Attack, which becomes available by killing dudes. You pick-up items through your playthrough (and if you explore enough) to increase the amount of time your ultimate lasts.

There really isn’t any “loot” to be had in the game, most of the weapon/shield/armor drops are static. There isn’t a randomized system in place, but the stuff you get is almost always the next thing you’ll want to equip. Rarely did I get an item that was worse than what I had. Going back to the Merchant Outposts, you’ll find very expensive – yet powerful items for purchase here that won’t be available on the battlefield.

The game looks great, loads fast and rarely chunks up in the thick of combat. In fact, the only time I had the game slow down on me was during a part in the level where I was not in combat.

Almost to it’s detriment, the game is heavily focused in multiplayer – often showing a screen in which another player can help you in combat. You can join others or have others join you in local or online co-op. The local players can join you in going online for a total of 4 co-op buddies. It’s good it’s set at four players, but with only three character classes becomes silly seeing duplicate characters in the level despite the minor clothing and armor customizations. Additionally, a lot of the secret areas demand 2 more people to complete, so then you realize a solo run of the game is not what the developers intended on.

I played some online co-op and it was smooth, but all too easy to lose yourself in the mix of the chaos, but if you just keep swinging, you’ll come out ahead.

Pricing Structure – The game is $15 for the full experience with all three classes. You can purchase one class for $10 and get the full game experience. Subsequent classes are still $10 each. You could at that point buy the All Class Pack for $15 and save yourself $5 overall. With that said, if this review sways you and/or the trial game does it for you – go for the $15 game.

DLC – There is one thing in the Trading Outposts where you can purchase 40,000 in-game coins for a one real-life dollar. It’s not terrible, but can fast-track your way to success in the game.

I’ve gone back and forth here. While the game is fun, accessible, and easy to play with friends and/or strangers – the story isn’t that interesting and only focuses on one the characters you can play as, so playing either of the other classes seems meaningless. The game has a lot going on for it, despite the confusing pricing system. So I say give it a shot.