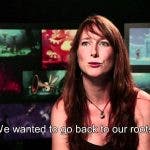 Rebirth of a Platforming Legend: It’s been 15 years since the first launch of Rayman.  Rayman Origins brings back many of the classic characters, revived in their original 2D form, as well as a whole new world of characters and environments.

Unique Approach to 2D Art: A rich world with over 100 characters and 6 unique worlds created by some of the VG’s most reputed artists and animators.  This creative approach to 2D design will recapture the hearts of platformer fans and introduce a new generation to one of the industry’s best-loved characters in his original 2D form.

Variety of Gameplay: Rayman Origins is a platformer at its core, but it has elements of many game genres.  Rayman and Globox gain unique abilities as they progress through the adventure, including swimming, diving and the sensational “HairlyCopter.”  The game also features many elements of action, adventure, shooter and beat-’em-up gameplay.

Street Pass Functionality: Taking advantage of the Street Pass, you can share your progression, number of collectibles, time played, unlocked achievements, and avatar with others.

Epic Boss Fights: A giant pink monster with hundreds of eyes… A possessed, mountainous golem…  An evil daisy-cum-carnivorous plant…  Rayman Origins will put players to the test with these and many more challenging boss battles!

Unique Approach, Unique Game: Rayman Origins was created by Michel Ancel with a small team of artists and developers to produce not only high-quality graphics and gameplay, but a creative and unique experience.