A man, clinging to life. His two sons, desperate to cure their ailing father, are left with but one option. They must set out upon a journey to find and bring back the “Water of Life” as they come to rely on one another to survive. One must be strong where the other is weak, brave where the other is fearful, they must be… Brothers.

“When I first visualized Brothers – A Tale of Two Sons I knew I wanted to combine the deep, engrossing storyline of a film with the physical experience of a video game, allowing players to emotionally connect with the characters as they trek across sweeping, interactive environments such as peaceful vistas, foreboding forests and dangerous mountainsides,” said Fares. “I chose to partner with Starbreeze and 505 Games to make my vision a reality and am confident that together we are creating an amazing and unique experience for gamers.” 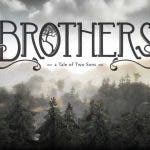