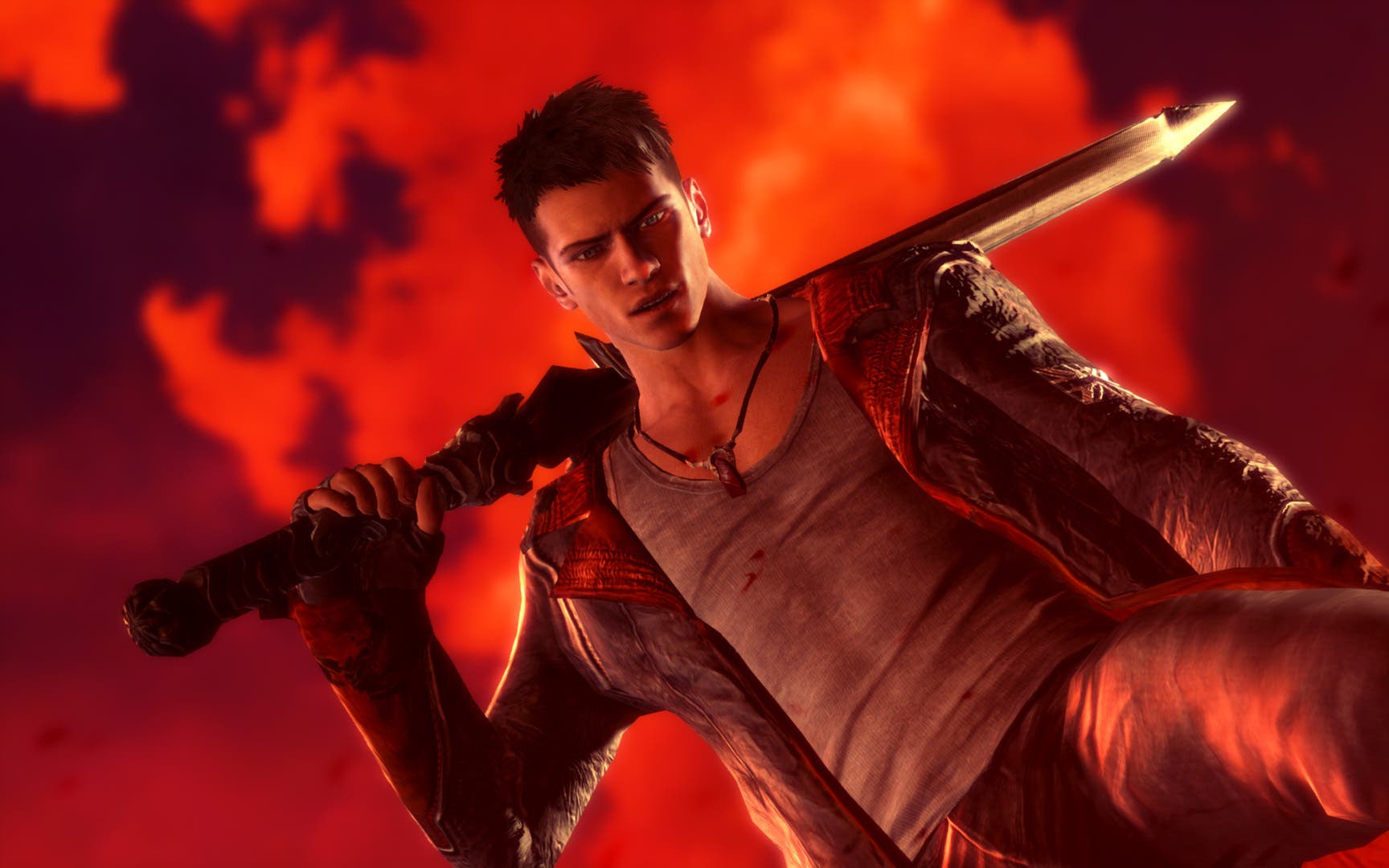 My initial thoughts of a Devil May Cry reboot were sanguine. I had felt that the last entry wasn’t up to series standards, and suffered from a lot of repetition. Even with the excitement of a reboot, I never would have imagined that Ninja Theory would absolutely blow me away, and give new life to this gothic franchise.

Dante is a self-serving nephilim, and a loner with a devil may care attitude. But for years, unbeknownst to him, there’s a war going on. Angels and Demons living together… mass hysteria! And now the real world is at risk of being invaded by demons from Limbo, their world. The more things things change, the more they stay the same. You’ll recognize this conflict, Dante, Vergil, Sparda, and the iconic Ebony & Ivory. While the story can be out there, it is a bit more grounded than its forebearer. Expanding on the story for fans and newcomers alike, makes things easier to understand without being buried under all the fiction and lore.

Early on, a demon rips a ferris wheel off and it’s being reported on the news as some sort of terrorist attack. Objects are affected by both planes, whereas humans are unknowingly occupying similar space. As the game progresses you’ll see some really varied levels from navigating platforms while upside-down, fighting in a space similar to Saint Row the Third’s Deckers.die mission, and even fighting a Bill O’Reilly type character.

When fighting demons, everything is so stylish and action packed. I played with an Xbox 360 gamepad and it worked as you’d expect and mapped buttons on-screen accordingly. Keyboard and mouse work too, but didn’t feel natural. All of the action seemingly lets up a bit too soon, before you really get your stride. There is equal parts platforming, equal parts fighting, and it really should more heavily on combat. Navigating places where no enemies are present, you’ll be platforming and grappling like God of War or Darksiders, using items to pull them to you or you to them. These items prove quite useful in battle and serve more than just a traversal purpose. As you learn all the weapons and various ways to build up your combo meter, you’ll be reaching SSS-rank during certain engagements. New difficulties are unlocked after the first playthrough for a real challenge, such as Heaven or Hell where Dante dies in one hit. Noisia provides the ambiance and club music. Combichrist enrages the battle music, pumping you full of adrenaline. It’s all fitting, and all around incredibly engaging that doesn’t, even for a beat, seem out of place. The score tracking features some great color separation. Unreal Engine 3 works real hard and shows you the pores of characters faces and natural moving mouths. The real-world is quite drab and lacking in color. However, Limbo is overly saturated and ironically full of life. Its lavish and gorgeous world is a haunting beauty that has to be seen. Unlike its console kin, the game is no longer limited to a measly 30fps. I was able to run the game between 100-120fps at any given time. Though, benchmarks of the game have clocked it up to 230fps. That’s beyond smooth.

Without revealing too much, it’s unfortunate to report that the boss battles are lacking. In all honesty, these should be thrilling and anxiety-driven battles that test you on everything you’ve learned mechanically thus far. But rather, there were some odd decisions made in which you have to employ a specific strategy rather than combo-heavy beatdowns. Though, it isn’t to say the boss fights aren’t inventive and sometimes punishing. It just goes against the freedom to fight how you want.

It isn’t until the final boss battle where you’ll really understand the annoyance. You’d think the game has taught you everything you would need to know, but here it requires you to do something specific. Though you never had applied that action at any point prior. Confusing to say the least. The pacing was maintaining a really good stride until the last quarter of the game where things feel uneven and frustrating. DmC Devil May Cry is a statement of fact that a reboot can be better than the original. You have to throw out your preconceived notions and emotional, nostalgic attachment to fully understand the care and attention that was given to this game. Amid the frustrations and contradictions of the boss battles, and the feeling of too much “down time”, DmC is a delight. In Ninja Theory I trust, and so should you.