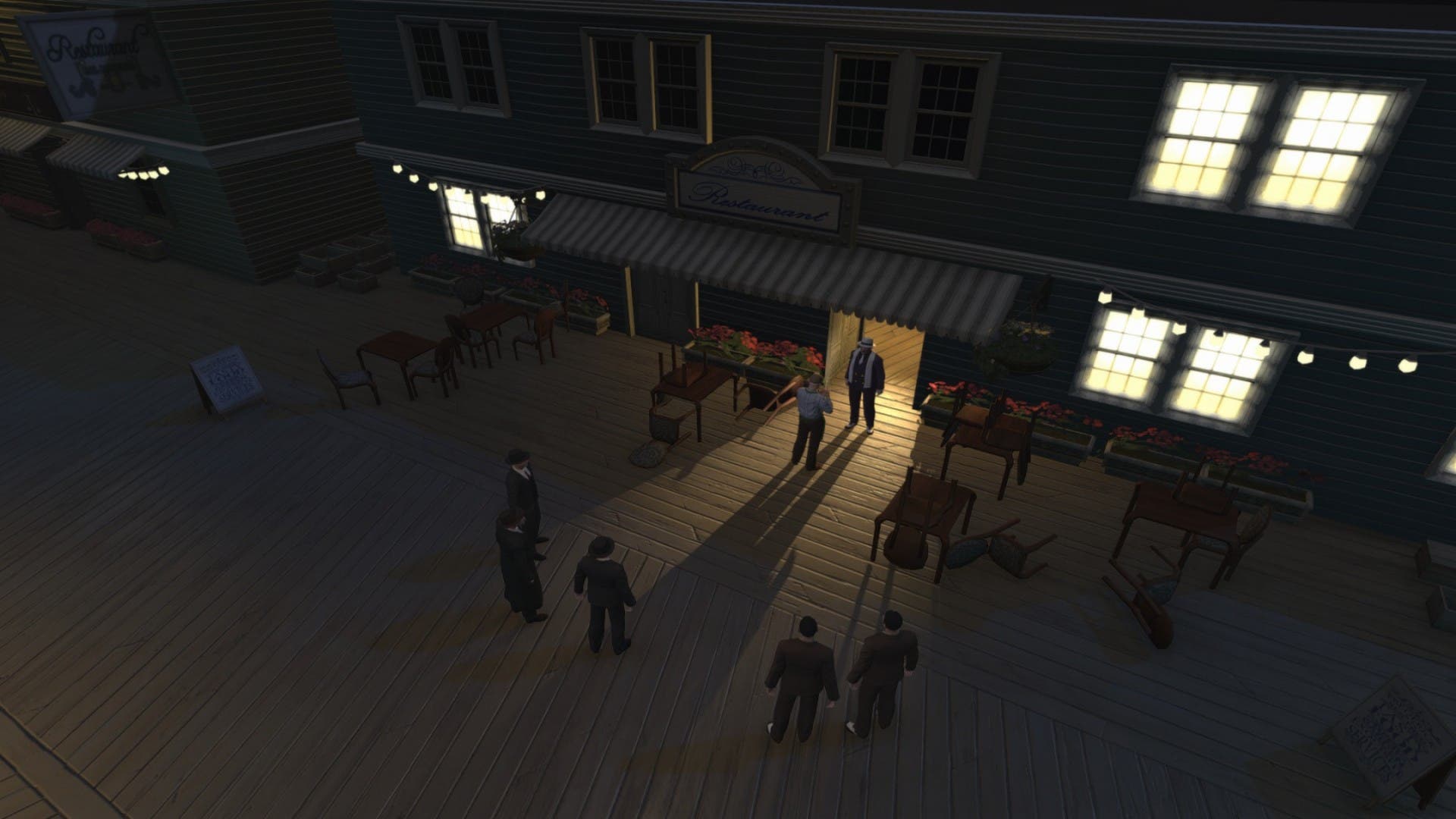 Haemimont Games, the veteran developer behind the great paradisal dictactor-simulator series, Tropico, is back. This time with a crime syndicate simulation, that features turn-based combat. It all sounds like a Gangster’s XCOM paradise, but sadly some issues hold this game back from it’s true potential, and is more like a St. Valentine’s Day Massacre, on your wallet.

Everything starts off promising, with you picking one of a healthy selection of appropriately looking mobster profile portraits. Then you’ll be asked a series of questions out of a psychological profile test to determine the weapons they’ll use in combat. The voice overs narrating, are spot-on from what you’d expect as if this was a Boardwalk Empire videogame. You’ll immediately flee Italy after making your choices, in hopes for a more promising future in America, and given your history – it won’t be earned by the sweat of your brow, but rather through blood and liquor.

The game does a great job teaching you the basics, while allowing you to do real progression and earn some dough along the way. It comes in the form of clean, and dirty money. That is self-explanatory when you can be running businesses like soup kitchens and the like, while your real money-making is done from selling things from “joints”. You’ll occupy “premises” for producing goods, another way to earn income. Often times, selling your goods for money will be needed to pay your men if income is slow. You won’t be doing it all alone, at least at first. Building up your crew will be a colorful bunch, as they will go out on jobs and complete tasks given to you.

At specific times, you’ll enter into combat scenarios. These times are when one of your guys get locked up and you want to break him out, when you have to destroy evidence, or are tasked with wiping out a rival gang. Each one of the scenarios are challenging, even on the ‘Easy’ difficulty. You’ll have action points that designate how far you can move and be engaged in active combat. Turns relate to the person you’re controlling, not the side you’re playing on. These combat scenarios are fun, the first time. Should you fail, you’ll be asked to reload the autosave which took place at the beginning of combat, or are forced to reload a prior save which could be from hours before, losing progress in-between. So save often.

Later on, the money is constantly flowing with minimal effort, but maybe that is the true success of a mob boss. Should I reach Heat Level 5, the police form a formal investigation into my “business”. If they finish it, it’s game over. A fitting end to the game that simply doesn’t result in the death of your character. You can circumvent this loss by paying police off or destroying evidence, as above described in the turn-based combat. Or you can just pay off the police via bribe with your copious amounts of money.

For a while now, Haemimont Games has been making PC games, and Omerta – City of Gangsters is full of old-school PC game flair, but hardly looks it. Performance wise, the game runs well. Watching people walk about the city, pulling out their umbrellas as it begins to rain and it hitting the now wet pavement looks utterly fantastic. Night and day gives the game a sense of momentum and cars fill the roads, obeying traffic laws. A lot happens on screen and looks great doing it.

Little issues with the camera hitching when moving about the city, UI issues such as a “close” box blending in with other actions, and the fact there is never a marker on any of your crew so you can properly follow them as do jobs around town. All of that pretty inconsequential to how well optimized it is on PC. Omerta is one conflicting game. The atmosphere is immensely engrossing and is a place you want to be, as you build up your criminal empire, and perform jobs to be more successful. However, City of Gangsters just doesn’t come together like I wanted it to. That said, Omerta’s wonderful music score and jaunty atmosphere, while carefully balancing your rights and wrongs make it a game you should play, once it gets a bit cheaper.