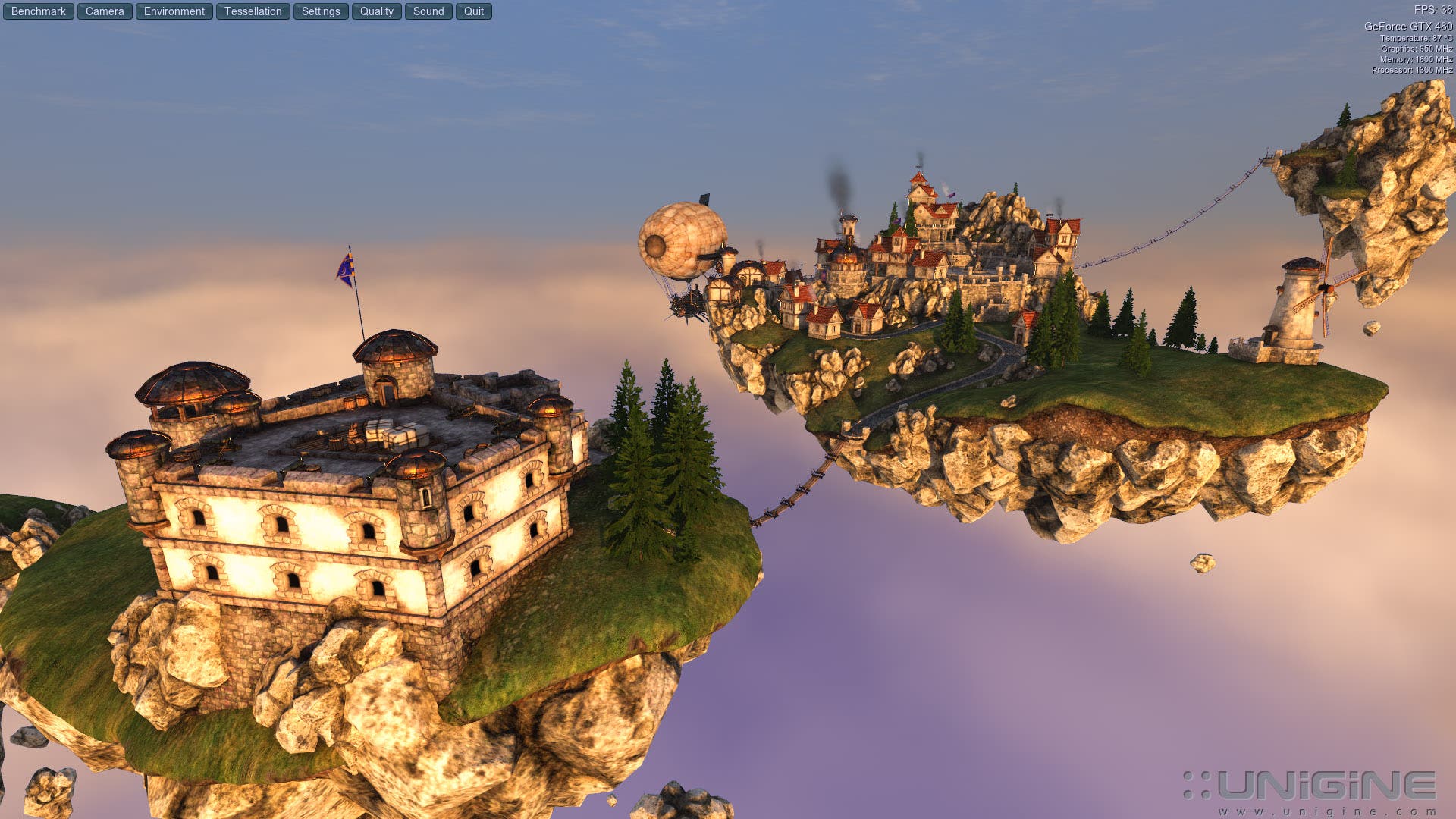 The fourth iteration of UNIGINE’s Heaven Benchmark is most impressive. During my testing, I was certainly bogged down by my graphics card, which is still considered to be mid- to high-end. The ability to immediately benchmark, take screenshots or freely explore the rendered area is a spectacle. The environment is customizable to where adjusting a slider will affect the time of day. Take away the sun and lanterns fill the night, illuminating pathways and attracting fireflies. Tested all available resolutions to me with everything set to Max with API, Quality, Tessellation, Anti-alising set to 2, and Full Screen. Options I didn’t and couldn’t test were the Stereo 3D and Multi-Monitor setups.

The automation was to test this at higher resolutions, but because my monitor can’t output it at that size, it defaulted back to 1920×1080 in which the results were marginal and thus, removed. The best score was kept here.

The Heaven Benchmark allows you to run it in OpenGL (software), DirectX 9, and DirectX 11. Each of these tests were done in 1920×1080 @ 60Hz (system recommended size and refresh rate). On DirectX 11, everything was set to the max for Quality, Tessellation, Anti-alising (set to 2), and Full Screen. Options I didn’t and couldn’t test were the Stereo 3D and Multi-Monitor setups.

As you can see, the GTX 560Ti is more than capable as a DX11 card, but struggles with the Extreme Tessellation. When running DX9, it outperformed DX11 in regards to that. The Heaven Benchmark is free and gives you all the latitude to screenshots, benchmark, and explore to your heart’s content. Though, if you plan on doing involved testing that would benefit from automation, then the Advanced Edition is for you. It’s an absolute beauty and reminds me a bit of the Epic Citadel app on iOS (Unreal Engine 3) or the upcoming BioShock Infinite from Irrational Games. Other than testing your system and exploring, that’s about it. But it’s far from shallow and is one of the best tools to truly test your system for what it can, or maybe can’t, do.