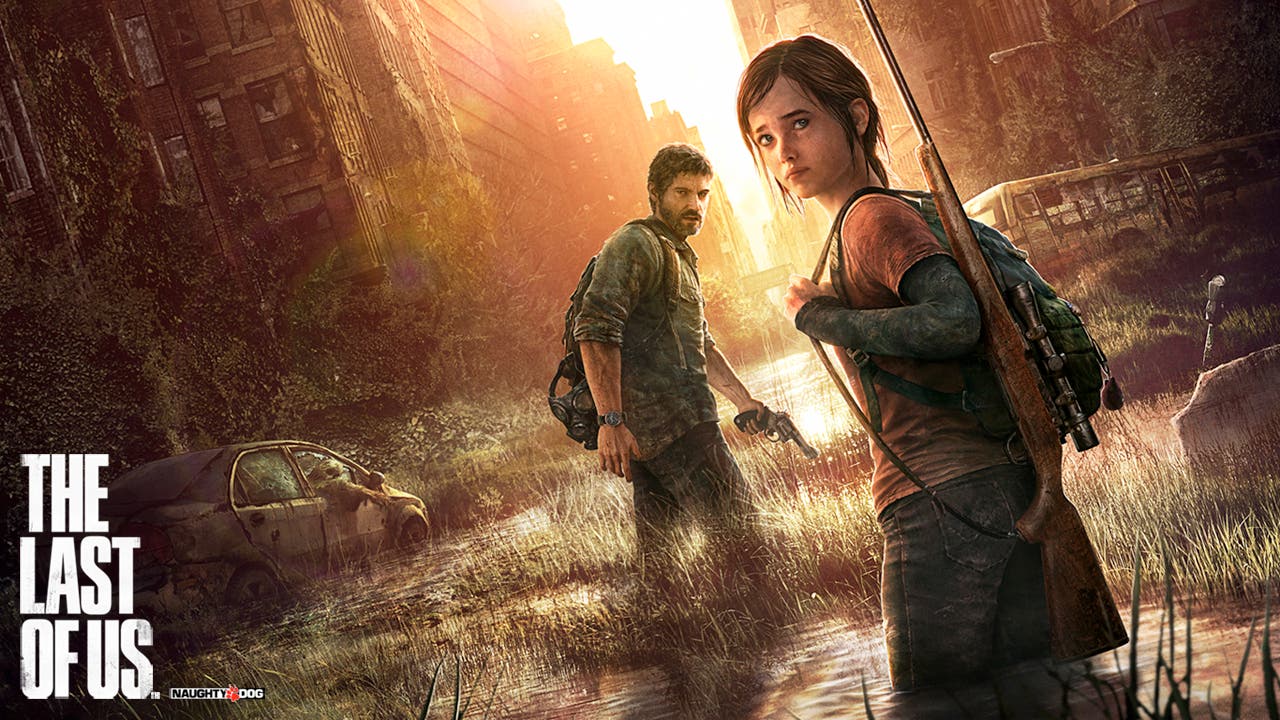 The Last of Us Review

In a world of entertainment rapidly shifting from vampires to zombie apocalypses, “The Last of Us” at first seemed like white noise—another shooter, another mindless corpse, another attempt not to have your brains devoured. Still, with the Naughty Dog name and years of “Uncharted” nostalgia, it was a game to buy out of loyalty if nothing else. Like its predecessor, however, the post-apocalyptic tale grabs you from the beginning and refuses to let go, thankfully leaving your brain intact to enjoy the amazing ride. Naughty Dog once again knocks it out of the park in every sense of the phrase, spinning a story and providing a gameplay experience that can only be described as “epic.”

In present-day America, a disease is spreading. It cannot be treated, cannot be cured, and cannot be escaped. An effort is made to hide the terrible effects of the growing pandemic, an infection that takes over the minds of its victims until they are little more than grotesque shadows of their former selves with an insatiable blood lust, but the farther the infection spreads, the more futile those attempts become. When the truth can no longer be denied, a state of martial law descends on the country at large, along with the advent of city “quarantine zones” meant to protect citizens from the lingering threat outside. The dangers inside are another matter entirely.

Still reeling from the downfall of society and all it entailed, Joel finds himself stuck with a somewhat rambunctious teenager as they make their way across the country. The player primarily controls Joel, who is just as annoyed by Ellie as he is reluctant to leave the Boston quarantine zone. Their journey takes them through many perils, and the infected aren’t even the worst of them. Abandoned cities and quarantine zones have become the headquarters for hunters, survivors waiting for “tourists” to pass through for food and supplies. Almost as aggressive as their grisly, infected counterparts, they control the streets while the disease festers below the surface. With no other choice, Joel and Ellie must survive city after city, always a step ahead with the hunters hot on their heels. Holding each other’s lives in their hands, the duo is forced to come together for the sake of their own survival—and possibly everyone else’s.

The story sends the player emotionally rocketing out of the gate the moment the game loads, packed with laughs, tears, and frights—and that’s just in the first ten minutes. Players explore the wild and ravaged United States with Joel, a morally ambiguous survivor just looking to get by, and Ellie, an incredibly enthusiastic teenager who refuses to be brought down by anything. Escaping the Boston quarantine zone, they move from city to city across the country, searching for the one faction left that might have the answers the world needs, bickering and bonding all the way. While the goal in each location is ultimately the same—fight through the city—the story is constantly charging around unexpected twists and turns, keeping players on their toes in this struggle for survival.

A third-person shooter with gameplay mechanics reminiscent of the “Uncharted” series, the game features more realistic targeting and recoil, not to mention an impressive arsenal of firearms to choose from. Ammunition and supplies lie hidden in destroyed buildings practically overtaken by wildlife, but as the setting precludes the ability to find these items in abundance, some more creative options are at the player’s disposal, like nail bombs and Molotov cocktails. The latter are crafted from the chemicals in your environment, but players must use their resources carefully: the same infrequently found supplies can be used to form health kits, an absolute necessity since Joel unfortunately doesn’t have Nathan Drake’s ability to heal over time.

Crafting what you need adds an extra challenge to the game, and players will delve into every nook, cranny, and zombie-infested basement to gather anything they can find. While the system adds exploration and excitement, though, it has its limits. For example, melee weapons can be upgraded through crafting, but the player is given no options to customize their weapons to any real degree. This is understandable given that customization takes supplies that a post-apocalyptic world may not reasonably support, but it would have added the extra incentive for players to battle through hordes of infected and hunters on their own terms.

Still, supplies are not the only things left around the world for the player to find. Hunting for hidden collectibles unlocks trophies and in-game currency that can be used from the main menu to purchase skins for the characters and other added bonuses. The game also features four difficulty levels, and a new game plus is unlocked when the player finishes each level. Survivor mode poses the ultimate challenge to a player with nerves of steel: a world practically devoid of ammunition and supplies, where every bullet counts and the choice between stealth and combat can be the difference between life and annihilation. With so much to explore and discover, the replay value is definitely much higher than the average single-player shooter campaign.

Of course, no Naughty Dog game would be complete without an excellent musical score and state-of-the-art graphics. The musical score by Gustavo Santaolalla is subdued and appropriately eerie in places, setting the mood for every scene with quiet, simple tunes that allow the player to further connect to the characters’ emotions without being overwhelming. The actors, however, definitely needed no help in garnering players’ sympathy and, in some cases grudging, respect. All of the voices are perfectly matched to the characters, and Naughty Dog outdoes itself once again with even more realistic facial expressions and movements, showing off what excellent graphics and wonderful motion capture actors can bring to a game. The settings are also spectacularly crafted, the graphics seeming so real at times that it may come as a shock to players to look out the window and see that the world is, in fact, still in one piece.

“The Last of Us” stands apart from the crowd, bringing a new feel to the zombie phenomenon and a fresh look at what it means to be human in times of hardship. Compelling characters, phenomenal storytelling, and gripping gameplay and visuals provide players with a unique experience that will undoubtedly wow gamers from all over the spectrum. It is by no means perfect and some controls could have been more refined, such as the often inconvenient quick-turn that tends to be forgotten when surrounded by the infected, or delayed melee weapon response. Overall, however, the game is a strong and excellent addition to the Naughty Dog family, and hopefully “The Last of Us” will be the first of a series.