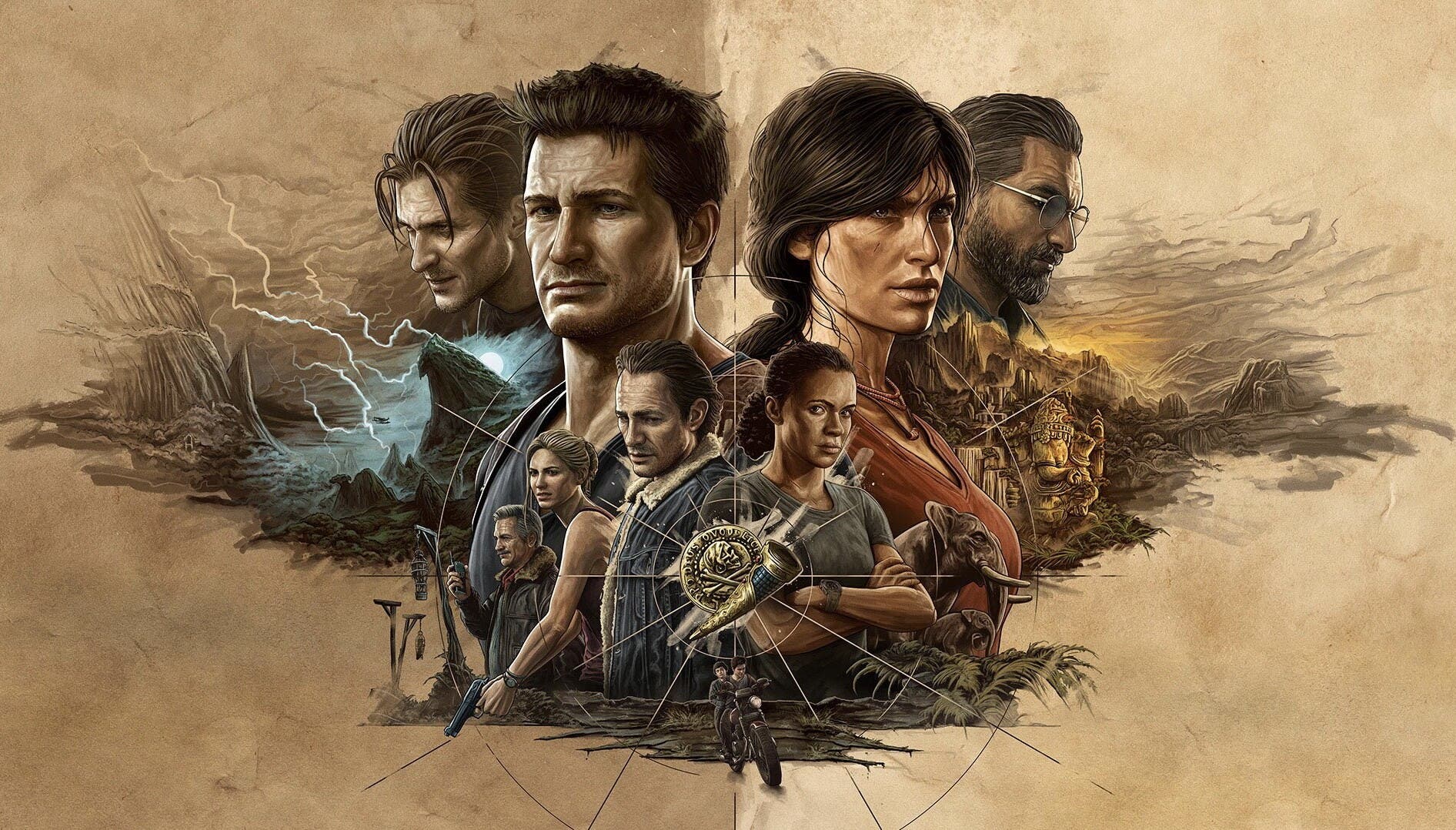 Sony has been pushing their exclusives hard to PC, the third this year (and not even the last) is UNCHARTED: Legacy of Thieves Collection. Consisting of a pairing of the last two games in the series, with 2016’s UNCHARTED 4: A Thief’s End and 2017’s UNCHARTED: The Lost Legacy. These two PlayStation 4 games were gorgeous when they released, and five years on these games are more breathtaking. The remastering and bringing of these games to PC shows how Naughty Dog perfected the formula of their action-oriented adventures. UNCHARTED: Legacy of Thieves Collection is simply a blast and well worth your time in getting to know Nathan Drake for the first or last time. 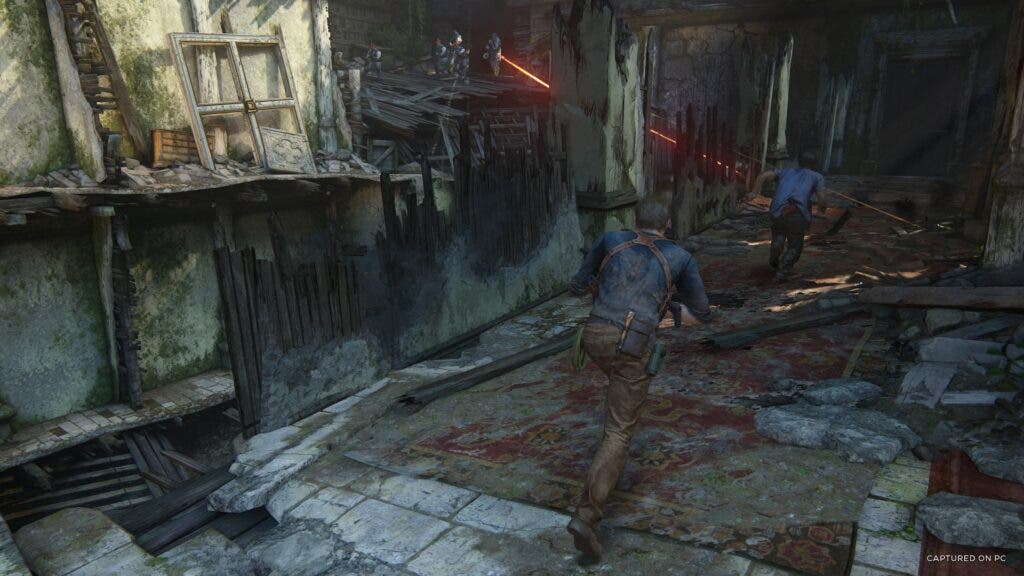 It’s unfortunate that the original trilogy of UNCHARTED games are not on PC, there’d be such a benefit to doing so. Because jumping straight to the fourth game, and a standalone expansion is likely to put off many. I think that there’s enough backstory and clever introductions to characters and mechanics that you can get in here, but you’re definitely missing out. All that to say, playing UNCHARTED 4: A Thief’s End again and UNCHARTED: The Lost Legacy for the first time has been such a joy to experience, there’s an inherently great popcorn movie aspect to these games. Naughty Dog really added depth to every facet of these two games as they were being developed for PlayStation 4, that they have a lot better staying relevant.

Like other Sony games that have come to PC, there’s many new features to enjoy to be found within. The first of which is AI-enhanced super sampling with both AMD Fidelity FX Super Resolution 2 and NVIDIA DLSS. Then you have NVIDIA Highlights which automatically makes clips of your best moments, whether it is finding a treasure, unlocking an achievement, or performing a really cool set of combos in a fist-fight followed up with pin-point shooting. You of course can play through both games with mouse and keyboard, which I thought would be easier when it came to the shooting, but not as much as I thought. I did plug-in the DualSense controller, and there’s just a natural feel when doing so. I never felt like I could make better headshots using a mouse over controller in most cases. The UI has been cleaned up, there’s a bunch of sliders to slide, and the game even auto-pauses when it isn’t in focus. This is a proper PC port, and it looks and feels great. 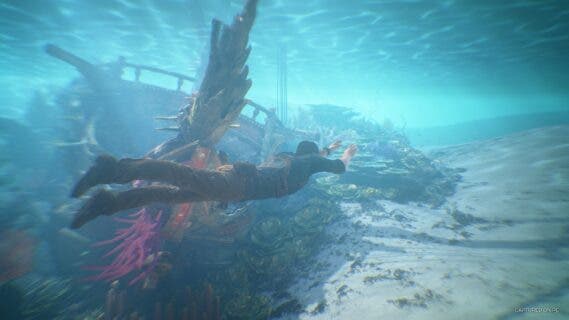 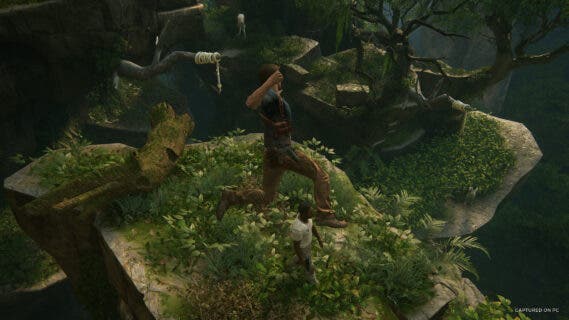 For being the first game to start at the main menu, it’s a shame this is a game that has a really slow start. It smartly introduces you to each of its core gameplay elements like gunplay, parkour, and puzzles. But it’s not until the fifth chapter until you fire a real gun, and it’s not until the sixth chapter where the game feels fully in motion. There’s a beefy 22 chapters in the game for about 20 hours of gameplay, there’s a lot to soak in here. This is a game that mostly assumes you know the characters, and takes its time to savor things, but for new players can be off-putting. Certainly a great game on its own, but a lot of the gravity lost by having not played the prior games. Naughty Dog introduced larger areas to explore, even with a vehicle that felt really freeing.

UNCHARTED 4 is a game about family. It follows Nathan Drake reuniting with his brother Sam while giving you a fresh look into Nate’s past along the way. The game is paced so well, allowing for downtime to solve puzzles or to climb an ancient ruin. There’s so many great setpieces and deep character moments. At its best, it’s like playing an action movie, and it’s so wonderful how seamless it can be. It’s a thrill ride from start to finish, and UNCHARTED 4: A Thief’s End is a great sendoff for Nathan Drake and family. 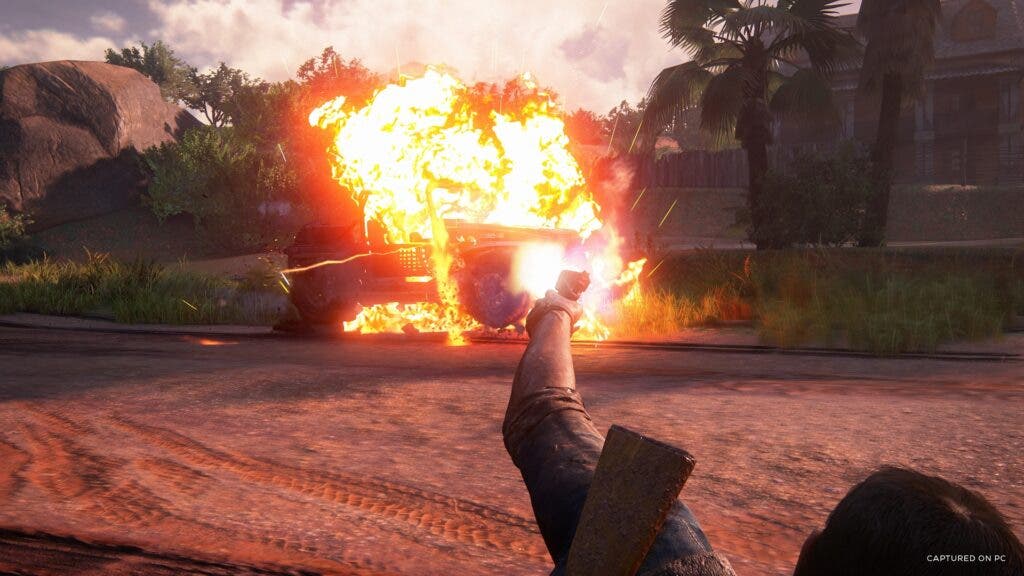 Once you start the collection, it defaults to UNCHARTED 4, and so when you select The Lost Legacy, it quits to desktop to launch a different executable. It feels the collection should start with a launcher, and let you choose from there. However, it does remember the game you selected and will boot into that until it is changed. This is a smaller game as a whole, clocking in at around 8 hours, puts its best foot forward with the time it has available to be compelling all the way through.

UNCHARTED: The Lost Legacy follows Chloe Frazer and Nadine Ross joining forces to stop a big bad and recover a lost treasure. These two appeared in UNCHARTED 4, and it takes place after the events of that game, meaning you should at least play UNCHARTED 4 before diving into this. This adventure is a trip worth taking, as these characters really get a chance to shine and show how badass they are. The formula doesn’t stray from what we know from the series, you’ll be shooting, puzzle solving, and hanging off buildings in precarious situations. The hand-to-hand combat and shooting remains largely unchanged, but it’s fun to play as different characters in this world. It proves that you don’t need Nathan Drake for UNCHARTED to be fun or engaging, and there’s plenty of depth to be found here.

The first thing to know is that both games are a whopping 124GB when installed, and can’t install them individually. You can reduce the size by removing languages you won’t be using. While UNCHARTED 4: A Thief’s End looks better than it ever did on PlayStation 4 thanks to improved resolutions, textures, and other enhancements, UNCHARTED: The Lost Legacy looks even better, and has so many stunning scenes and vistas. I was able to get both games running at a fluctuating 120-150fps without the use of DLSS or FSR. I’d recommend leaving it off and testing it first, only bottle-necked systems should really need to use the super sampling features. There is an initial shader compilation process that you should let finish before diving into the game, for the smoothest experience. As far as recommended settings, friends of the site at Digital Foundry have you covered.

Without the understanding of the first three games not being on PC, a lot is lost for newcomers. That said, having the two most recent UNCHARTED games on PC is worth any trade-offs, due to being so gorgeous and refined. The $50 pricetag is a bit steep for five to six year old games that doesn’t include the multiplayer component. All-in-all this is a fantastic collection, a duology of Sony’s best action-adventure games from the PlayStation 4 era that don’t look or act like their age. UNCHARTED: Legacy of Thieves Collection is nearly thirty hours of cinematic action and you’ll wish it wasn’t over so soon.