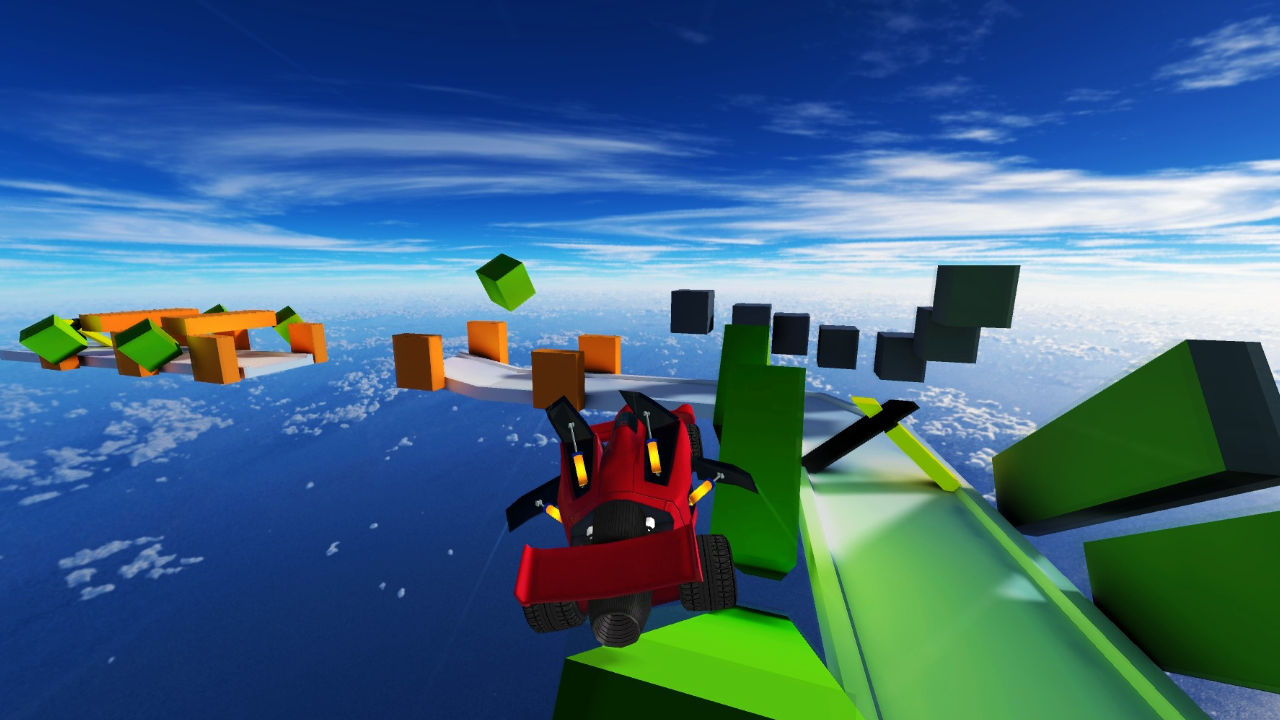 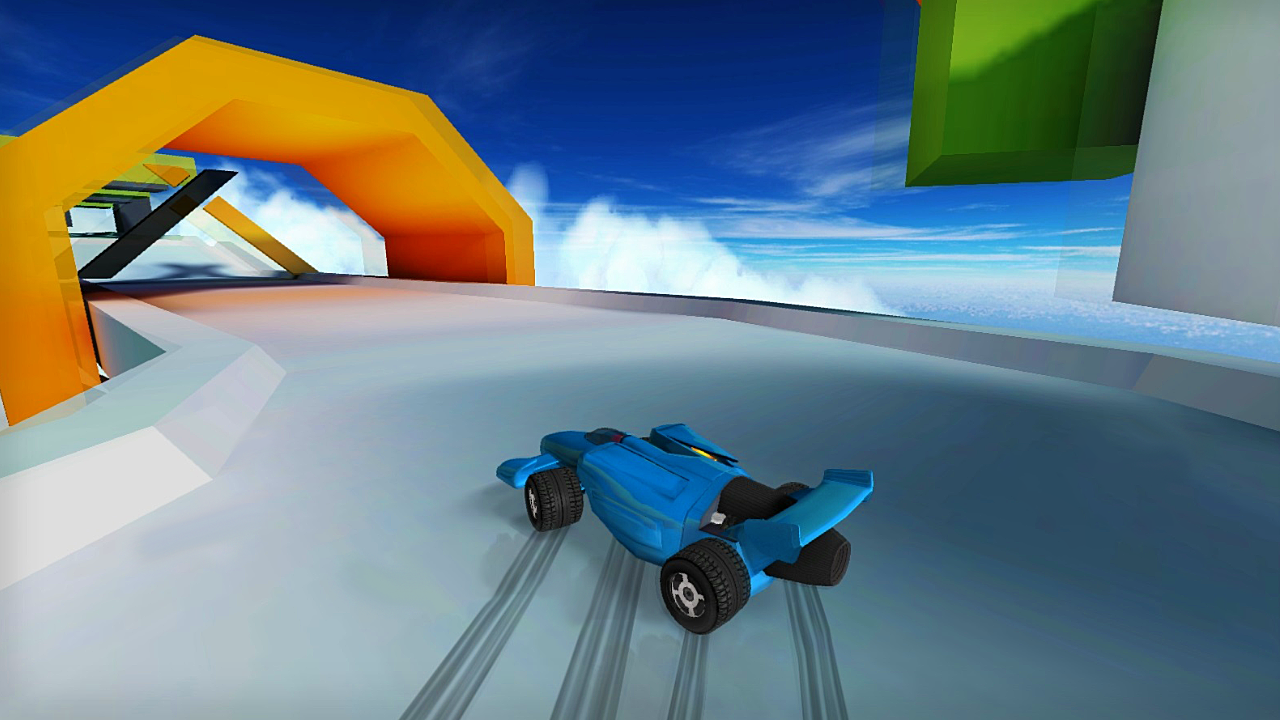 The tutorial, while not required, is the first thing in the menu once you start the game, so you should probably start with that. It teaches you all the basics, allowing you to understand what the game will be asking of you, getting the feel and handling of the vehicle. Not only is this just a racer, but in order to complete anything beyond the “Very Easy” difficulty of tracks, you’ll need to be able to maneuver the flight capabilities. Once you activate the jet engine, you’ll be thrusting off of platforms and jumps. Your jet car comes equipped with hydraulic flaps for extra control that adjust your height and perform precise turns.

You’ll play across three modes that are essentially the same. There’s Platforming, Time Trial, and Collector. The Platforming is the truest form of the game, as well as the most fun and challenging. Having you go up against ghosts to compete, skillfully using speed and agility with only ten chances to complete the course. Time Trial focuses purely on speed and times. Collector has the potential of being fun, but is nothing but frustrating. You must collect all stars on a track to finish. Missed one? Restart the level. Normally in modes like this, if you don’t collect them all you, get a lower score. Here, you reach the end, but still have to start over. I’d be much happier if that mode simply didn’t exist. But between Platforming and Time Trial, these play largely the same but with different track layouts give the game extra legs.

While the backdrops and vistas are ridiculous and vast, they look the best out of the whole game, but that isn’t saying much. The game itself is just graphically underwhelming. It has some modern features such as Bloom, FXAA, and Motion Blur, which give it massive advantages over the mobile versions it comes from. However, it lacks a way to set your resolution, run the game in a window, and has an ill-explained “FOV” slider. The plain geometric objects that occupy the track give an abstract feeling to the racing, but really just feel arbitrarily placed to fill the screen rather than to exist in any meaningful way.

Coming from a touch-only interface, Jet Car Stunts excels at being able to use a gamepad for control. For the most part, they are intuitive. It is likely you’ll have to rebind some keys or buttons, but that’s a minor complaint. A keyboard option is available, but when in the air, it leaves something to be desired as you don’t quite get that exact air control you’d like compared to a gamepad.

Jet Car Stunts as a game is enjoyable and replayable over its short few hours. The oddities and quirks on PC are irritating but not a deal breaker. Comparing your times against friends and strangers helps remove the isolation in this racer. The price point is a low barrier of entry, and with a pretty limited number of tracks against similar modes of play is simply not enough to justify a full purchase.