11 bit launchpad, the new publishing label of 11 bit studios (Anomaly, This War of Mine), announces SPACECOM; a strategic-to-the-bone game of deception and cunning that emphasizes creative tactics over complex mechanics.

SPACECOM pushes your ability to strategize with a focus on real-time tactics and planning – not fast clicking – using a minimalist design inspired by military technology. Use proven maneuvers learned from military legends or devise your own cunning plans, and dominate your enemies in planetary systems with up to six players per campaign.

Spacecom was developed after-hours by Flow Combine and emerged as a prototype that was quickly approved by the Steam Greenlight community. Flow Combine teamed up with 11 bit launchpad in early 2014 and began working with Marek Ziemak to finish Spacecom and bring it to Steam and other digital platforms.

“SPACECOM focuses on the mental elements of hardcore, real-time strategy. It’s not about quick clicking, but rather, devising plans and properly executing them,” said Lead Designer Kuba Stokalski. “I’m happy that we found a partner that can back us financially and with the necessary experience. It’ll enable us to make the most of what SPACECOM is, and what it can be.”

Marek Ziemak (former Gameplay Producer for The Witcher) said, “We were struck by how great SPACECOM works on a strategic level, and we were not surprised that the community quickly greenlit this game on Steam. Now, we’re not so far away from the game being finished and delivered to strategy gamers.”

11 bit launchpad is the new publishing label operated by 11 bit studios. As Senior Producer, Marek Ziemak will lead the production of SPACECOM and other unannounced titles. Flow Combine is home to additional alumni from The Witcher, including Programmer Maciej Czerwonka, Audio Designer Maciej Miasik, and Graphic and Design artist Adam Kozlowski. 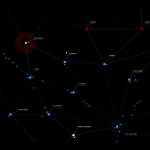 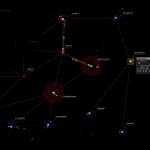 SPACECOM will be released on Steam, Games Republic, and other digital distributors in the second half of 2014, and will be available for Windows, Mac, Linux, and Mobile devices.