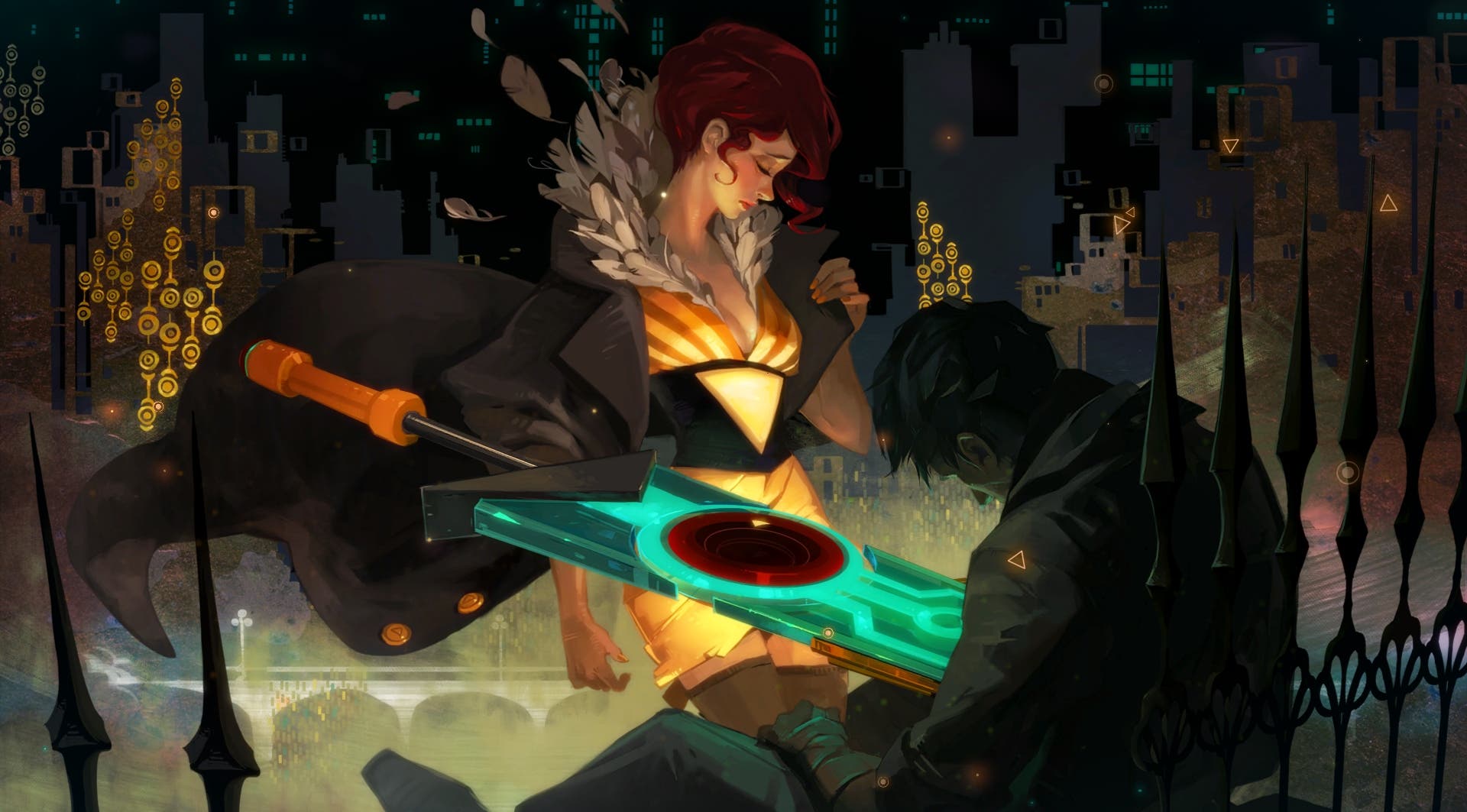 The Father of Taoism, Lao Tzu said, “Being deeply loved by someone gives you strength, while loving someone deeply gives you courage.” Red’s motivations for her courage and strength exemplify that. Transistor is beautiful sci-fi world, somewhat anachronistic as it is a neon-soaked jazz-infused world reminiscent of the 1940s. 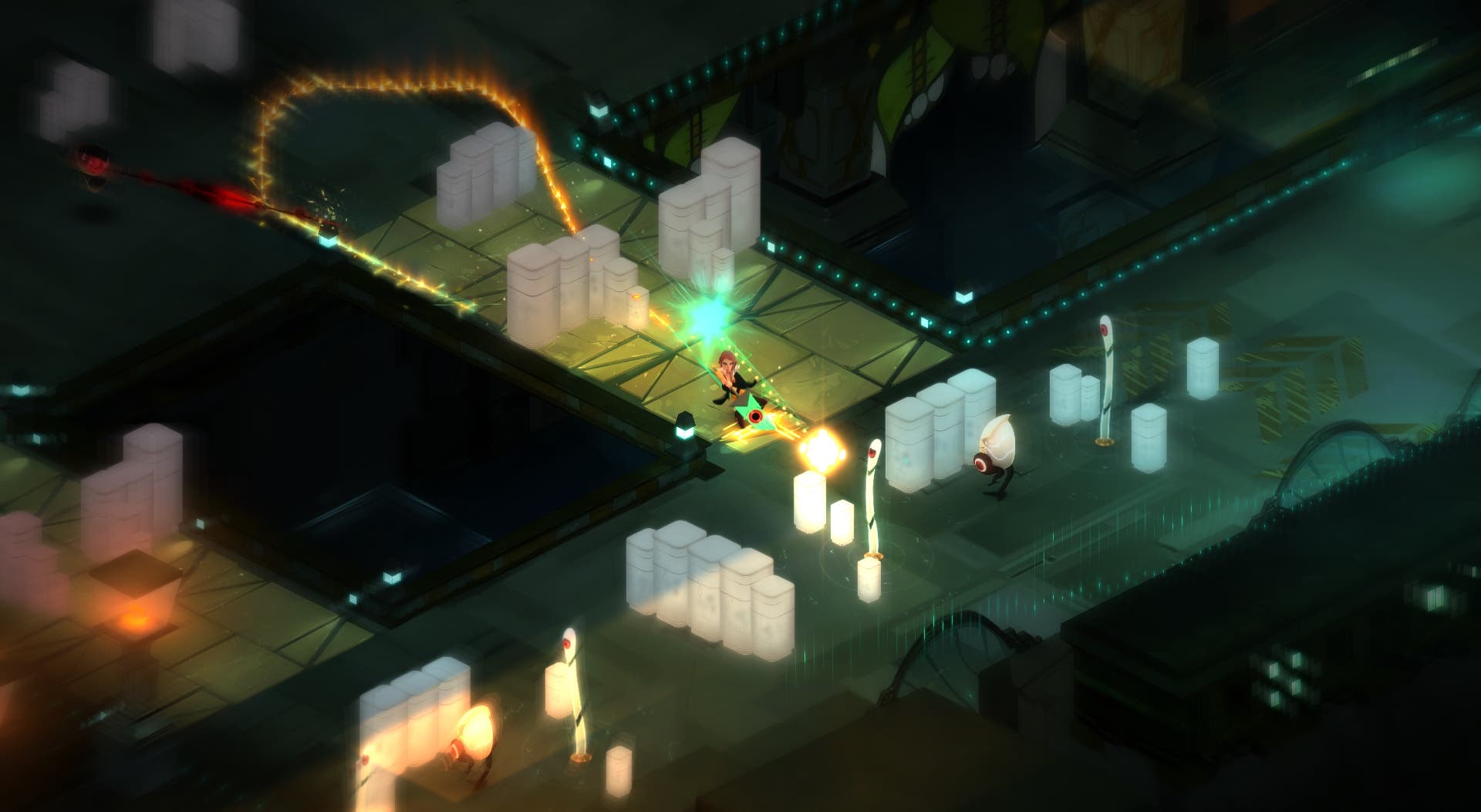 As with the last game by Supergiant Games, narration is a pivotal storytelling device here. With the returning Logan Cunningham who voiced Bastion‘s narrator, doesn’t feel out of place or any way disruptive to the immersion. In fact, his voice is what brings you deeper into the city of Cloudbank, a city that is slowly falling into collapse and isolation.

The opening of the game occurs seemingly in the middle of the events unfolding. What is known about Red is very little: she’s lost her voice, taken a talking sword out of a dead guy called Transistor, who helps her in combat as she is pursued. The mystery that unravels from there spans the entire game, and never stops being intriguing. 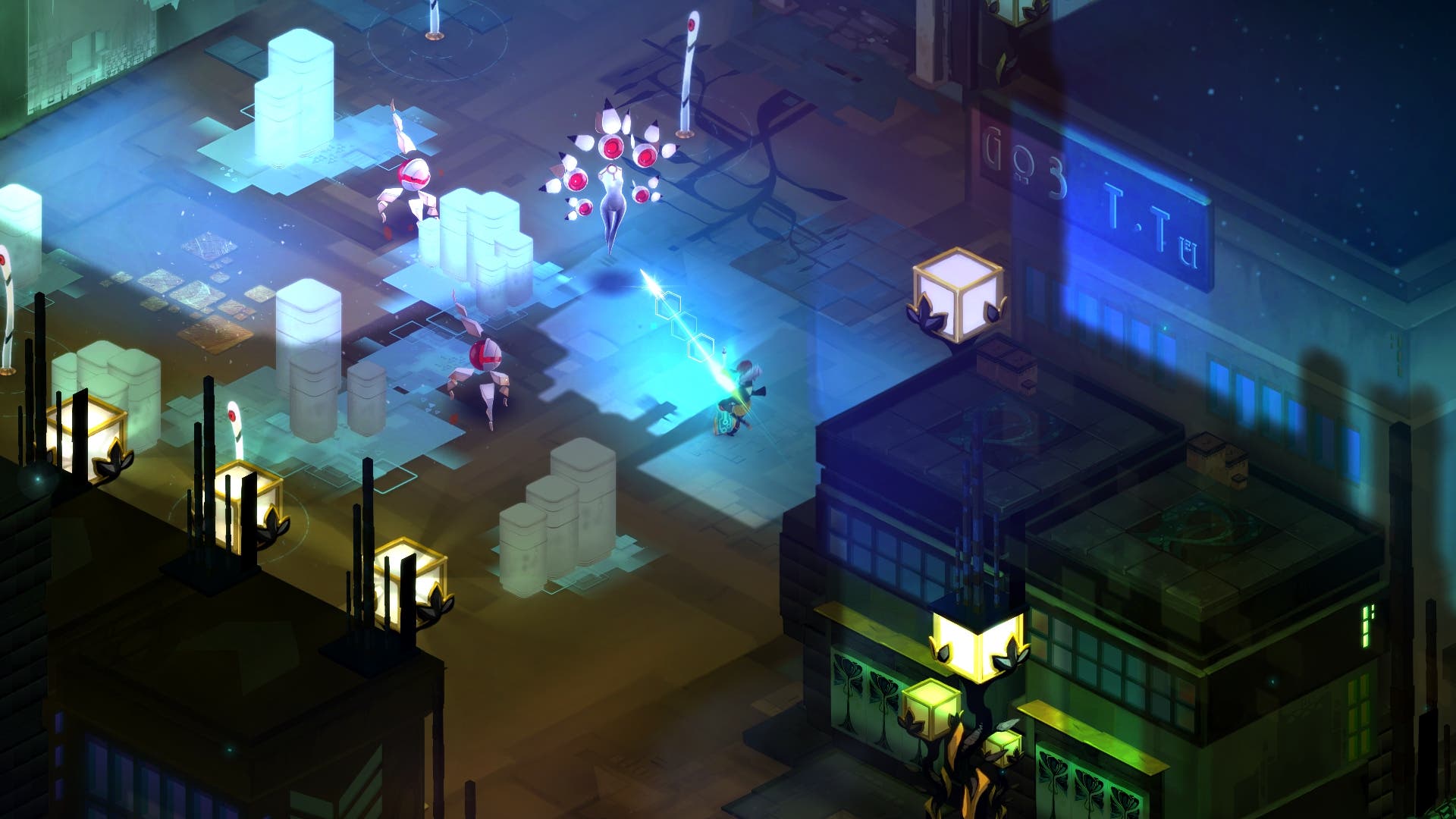 The isometric gameplay is awfully familiar once you take control of Red, but it’s the first battle that separates itself not only from its predecessor, but games of this nature. You are given a set of four abilities that can be used at any one time, like Crash(), your most basic attack to the long-range Breach(). Each of which use up a chunk of timeline, either in real-time, or the more strategic and preferred, pause and plan mode. Movement uses up timeline, and selecting an ability will reduce that bar. And if done well, can be a devastating series of attacks that keeps you out of harms way.

Superfluous actions like Red’s flourish by pressing R1 can make battles look like no trouble at all, or when everything is calm, stop and hum to the music by holding L1 are incredibly entertaining. Bastion‘s control scheme, when it PC was a bit of a mess. A few patches later and it was finally fixed. But it always felt like a controller was the best option. That is not the case for Transistor, now you can fully customize keys as you please. 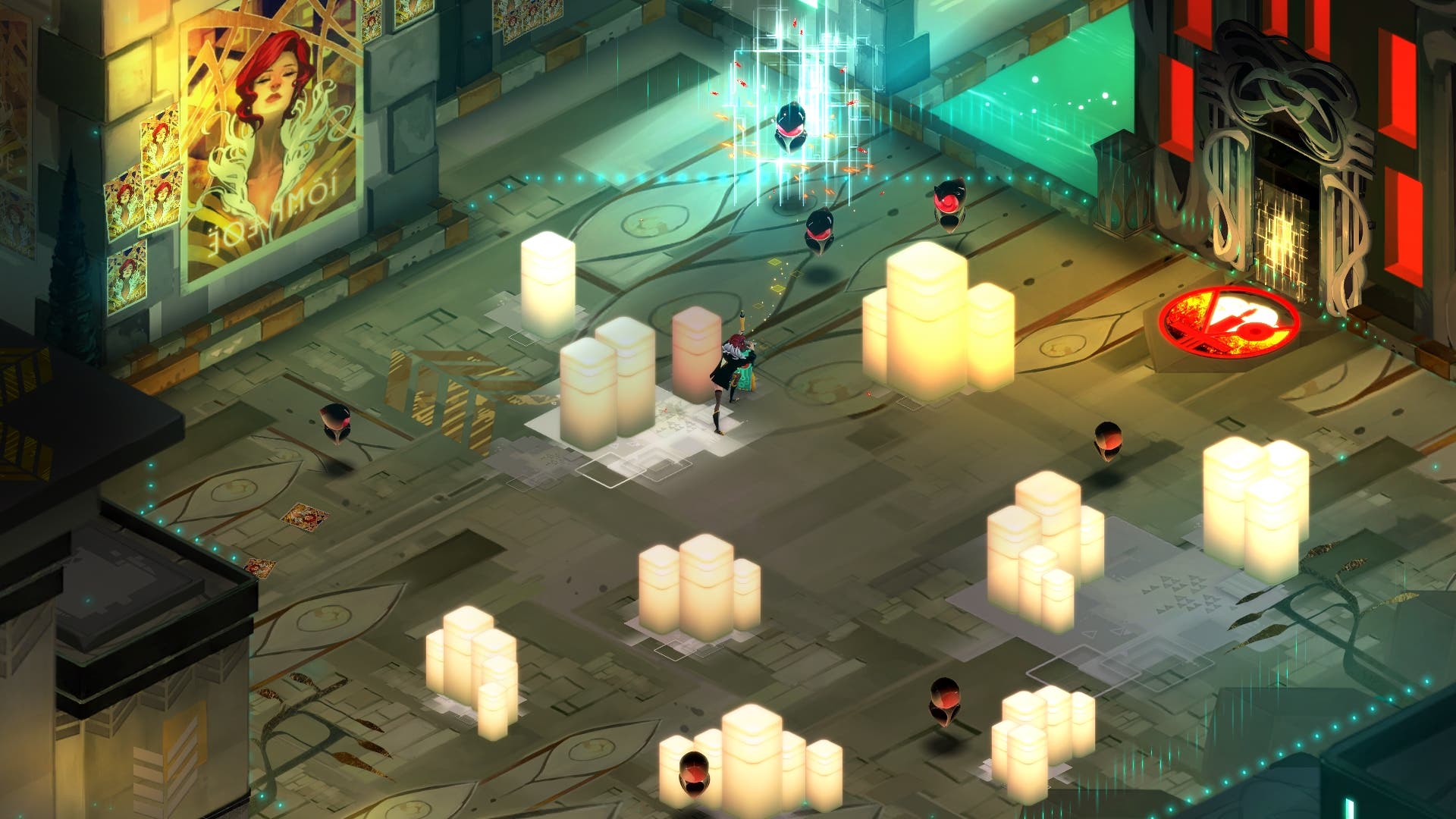 Every battle earns you experience, and when you level up, you’ll be able to select a skill to unlock, and a bonus such as an extra passive slot. Skills have three traits, they can serve as an active, passive, or upgrade. This creates almost endless possibilities and customizations, and likely that anyone who plays will not have the same character build. Limiters are another part of the leveling system, where you choose one over another. These work like Halo’s Skull system, hinders abilities but can be more rewarding when it comes to experience that can be earned, but becomes incredibly challenging and difficult.

Only at Access Points are you allowed to respec, reorder, and reconfigure your character. Every function uses memory, which can be upgraded through levelling as well. If you take too much damage in combat, you will lose one of the four abilities. That ability can only be regained by visiting two Access Points, so it’s imperative to explore each level before proceeding to ensure you restore lost abilities. 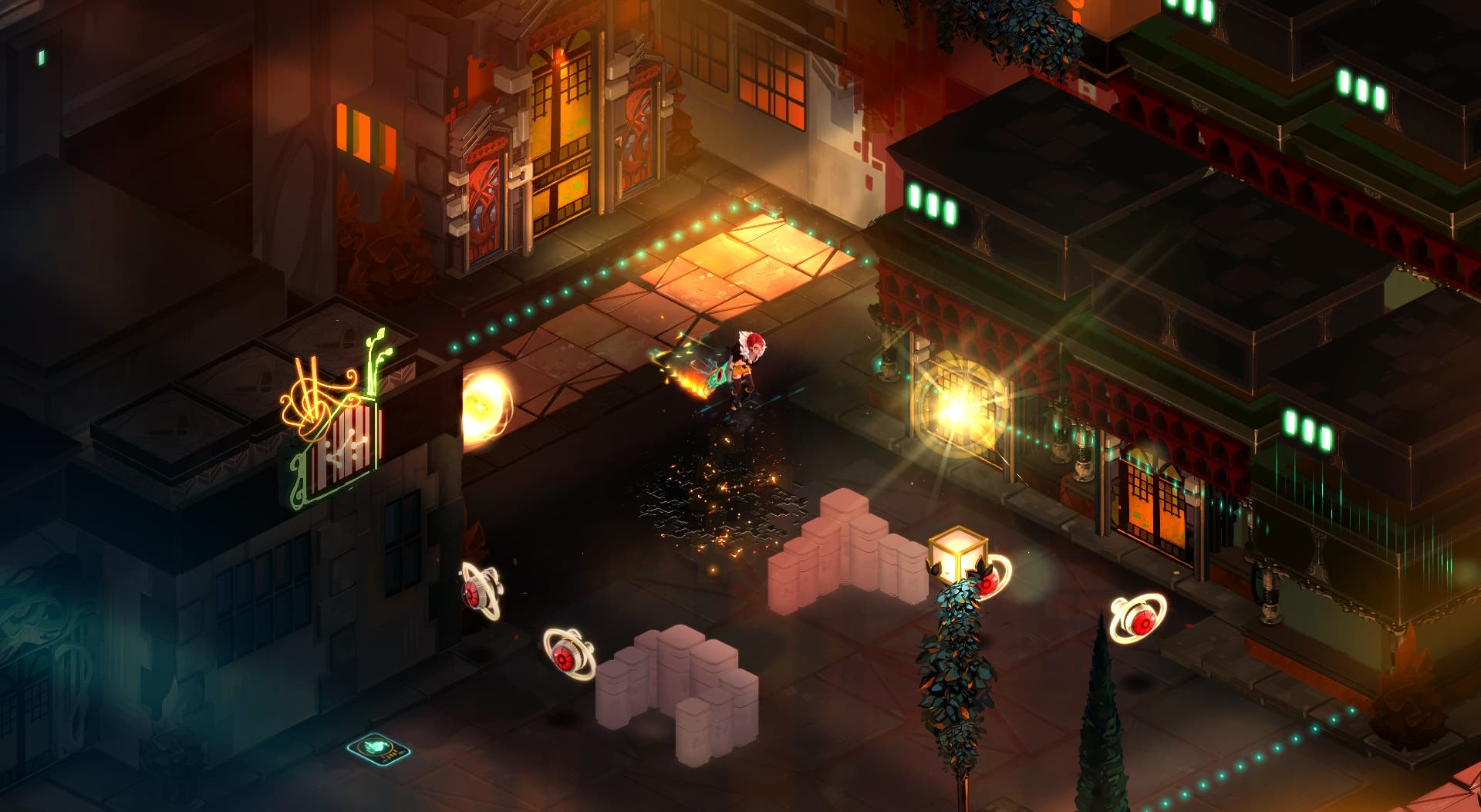 You’ll gain the ability to find Backdoors. These serve as a way for Red to “get away” to relax on a hammock, or listen to music that you’ve unlocked along the way., listen to music that’s been unlocked. There’s also various tests that Red can take, like agility and speed tests that focus on specific actions of combat. There’s a set number of them to complete, and can help players earn some extra experience both for the character and the player actually playing the game.

While a regular run through could take anywhere from four to five hours, it’s Transistor‘s Recursive Mode that will have you coming back for a whole new experience. Tougher enemies are placed at the front of the game, and regular enemies are scaled to your level. It doesn’t make the game necessarily more difficult, but keeps the level of challenge up as you are able to retain all of your abilities and levels upon starting this New Game+. 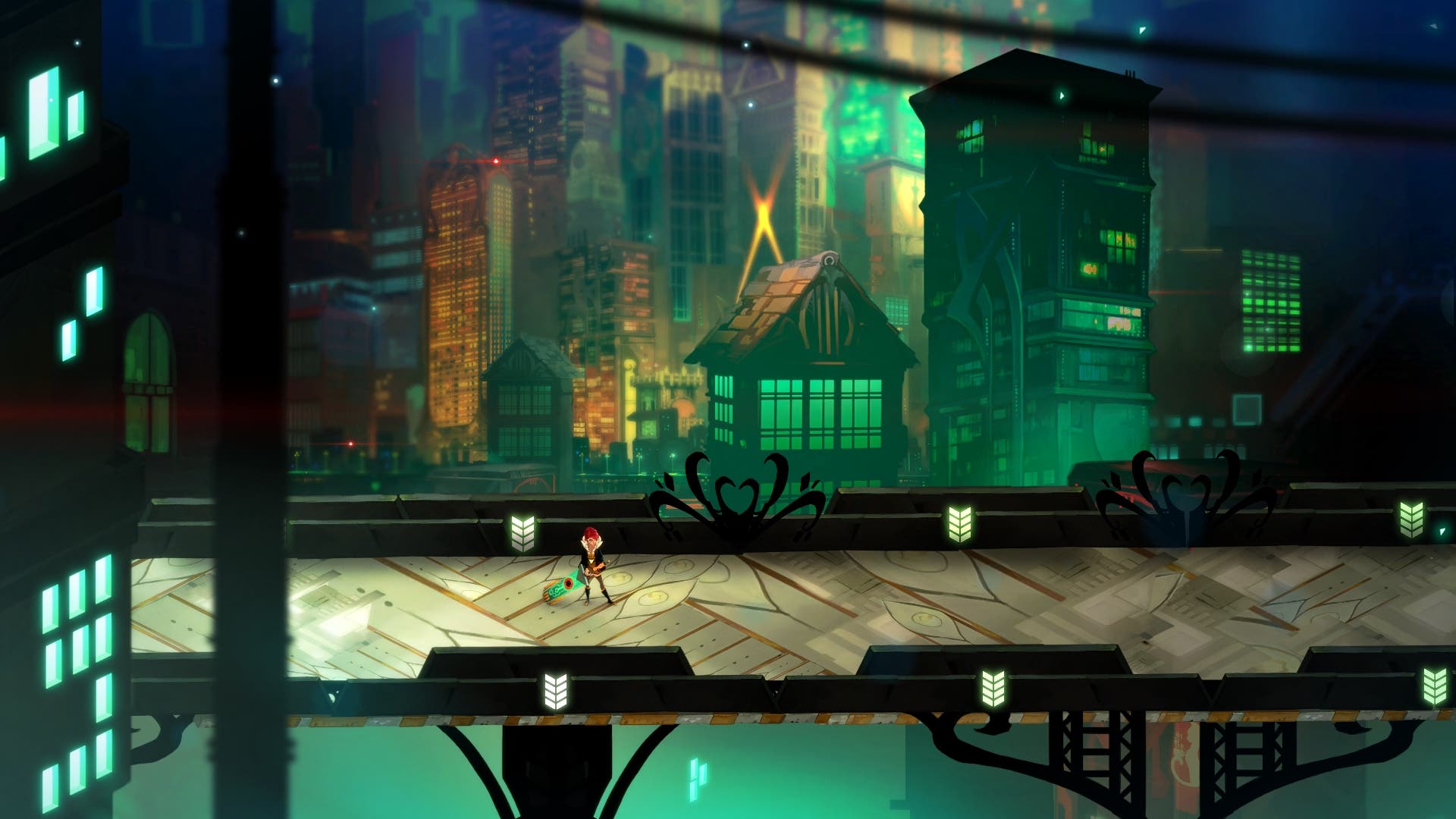 Transistor is the exact type of game and experience you never want to end. So replaying is a must. They end up being more enjoyable as you’ll have more skills at your disposable, and have the knowledge of doing better in those early encounters that you once fumbled through. It is a visually and aurally striking game, where often you are stopping to soak in the surroundings for moments at a time. It’s more than just an Action RPG game, as the game wears its heart on its sleeve.