From Kickstarter to Steam Early Access to release, Starstorm, the expansion to Awesomenauts has been on an incredible journey since August 2013. Ronimo Games had a surprise hit on their hands with Awesomenauts, which took the MOBA game and made it a 2D sidescroller, keeping in tact the core tenants that make it all work. The expansion makes good on bringing more of what made the base game work so well without sacrificing balance or fun. 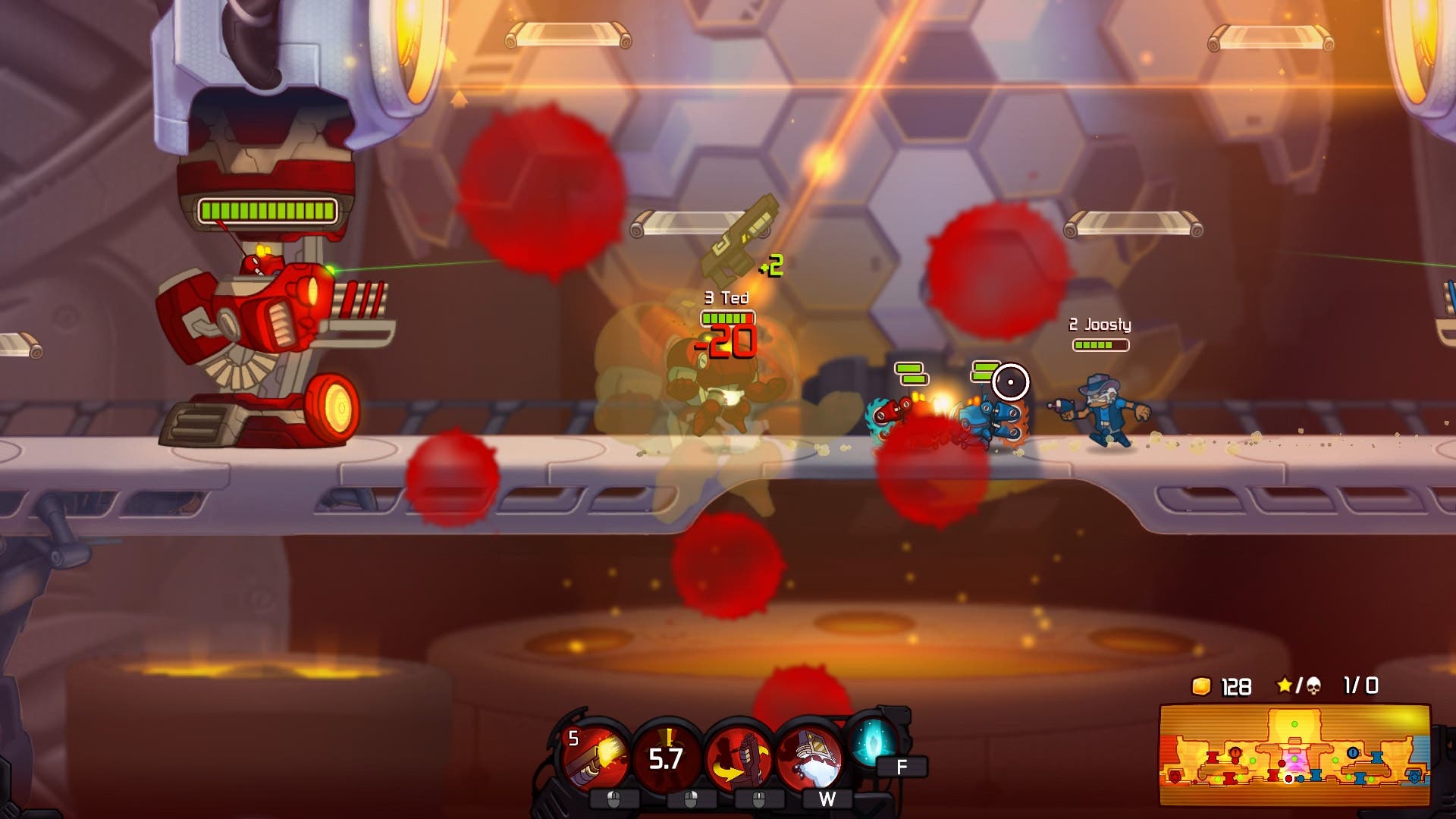 The expansion’s namesake comes from the massive battle station called “The Starstorm” that sits unfinished. Building on the Saturday morning cartoons it is inspired by, where an all-out robotic war has taken place called the “AI Wars” and plays out before you in the opening cinematic.

The first addition to Starstorm is the addition of new characters that, regardless of your level are unlocked from the get-go. The two stand-outs of the four, is Ted McPain. He is a pantsless Marine who carries both a machinegun and shotgun. The machinegun allows you to call in an airstrike. He’s loud and proud, and feels good to play. And then there’s Sentry X-58, who rolls around on his rover treads and can activate a shield. One of the most exciting abilities is teleporting at will, and dropping black holes that suck in enemies and does damage. All the new characters are positively welcome to the already wide cast of characters. There doesn’t feel like there’s any overlap or gross familiarity with any other character on the roster that cheapens these additions. 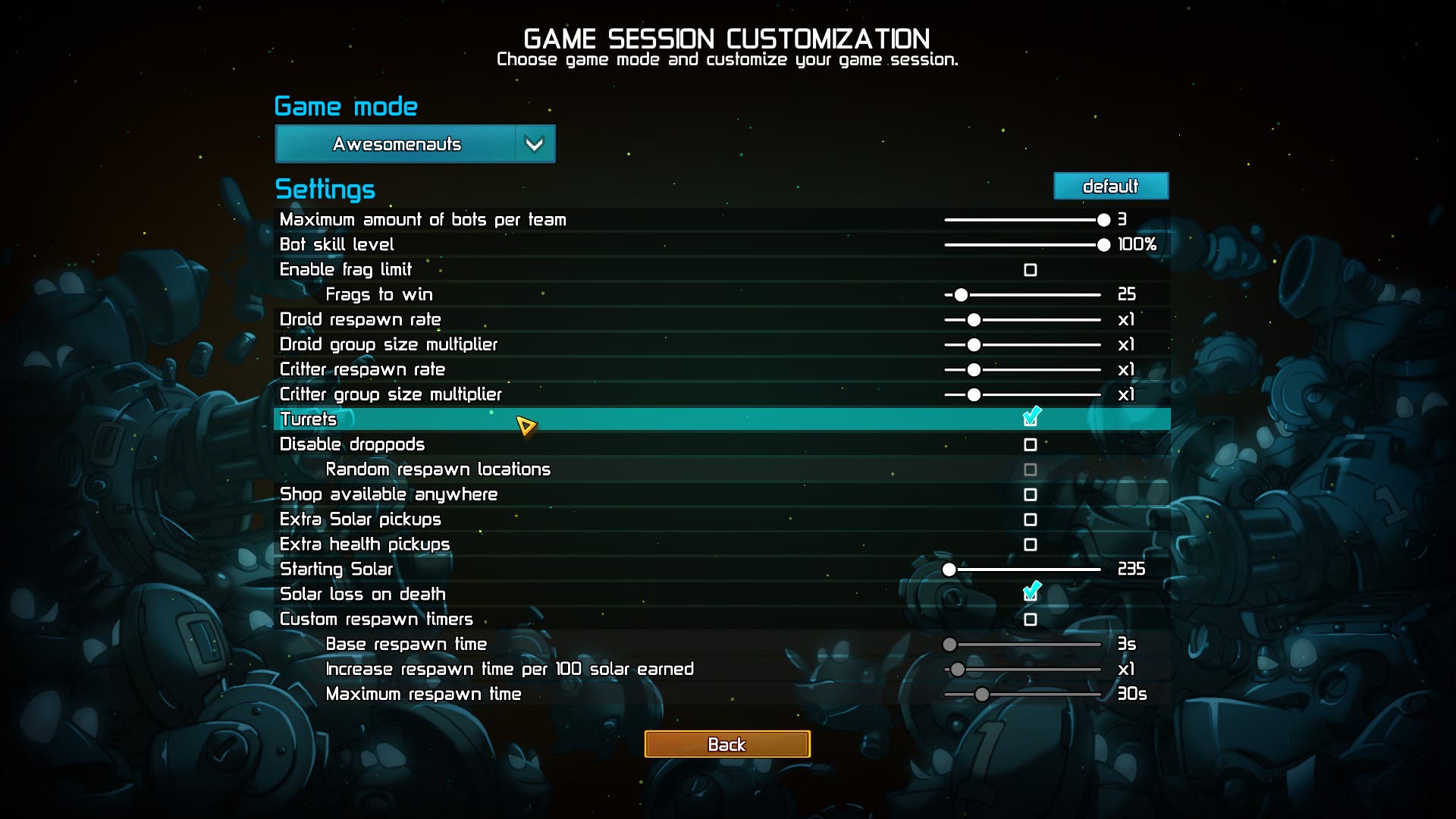 Custom games give you the flexibility to take out what you don’t like and buff what you do like, creating a game with more kinetic energy and flow than perhaps the traditional Awesomenauts experience either lacks or is slow to roll out to you. There’s nothing wrong with the original formula, mind you, but creative control is never a bad thing.

Team Deathmatch is a new mode that strips the objectives out of the way and goes straight for ability warfare. It is here you can see who can play their character to their strengths without relying on anything else but their skills to see them to victory. It’s a fun deviation from the standard formula that pays off in straight-up fun. 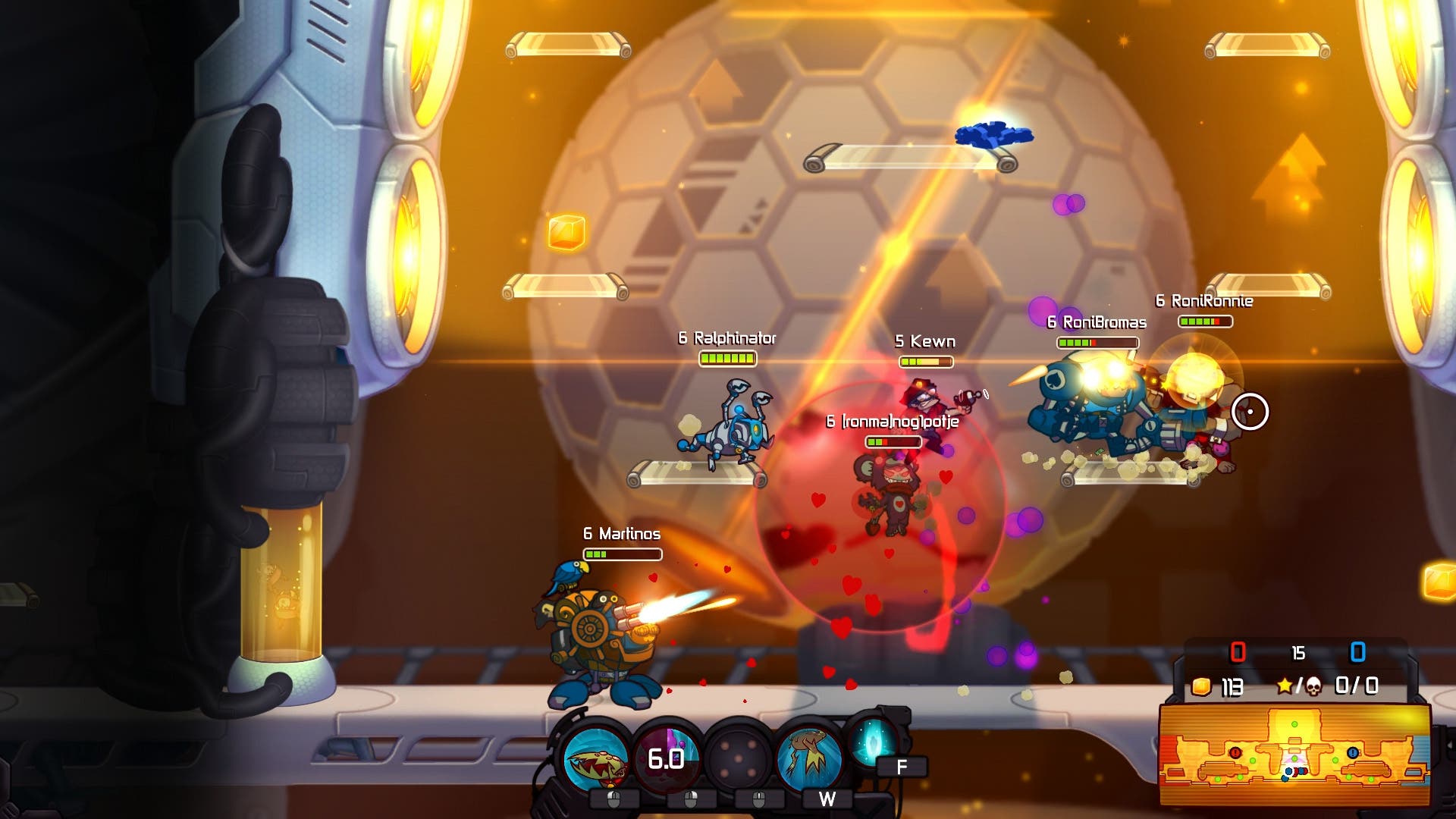 Remember that awesome 45 minute match that was equal parts push and pull, until the final moments where you steamrolled the opposition? Well now you can, and show it off with the new replay system. While it’s a bit crude, you can save and ZIP up your replays and send to friends and strangers to unpack and relive over and over again. The way in which you share them could be done better, but the feature itself allows for great analysis on you and other players to learn and create strategies from.

With Awesomenauts: Starstorm has reached a point to be a “full release”, but Ronimo Games isn’t done with the content that appears in the expansion. There will be plenty of free updates, to include: a fifth character, new map, and an online spectator mode. 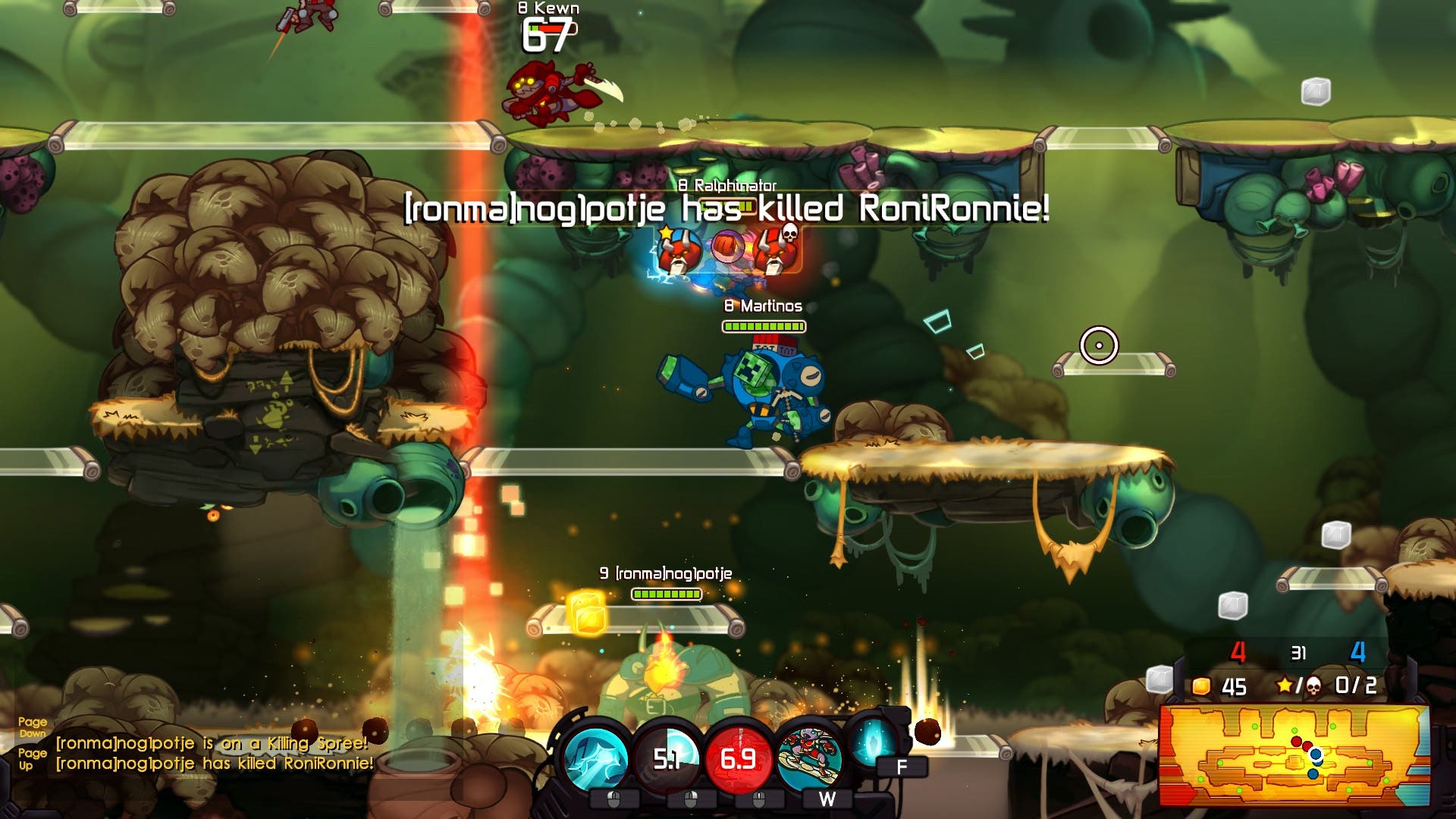 Awesomenauts: Starstorm is a finished product, but feels incomplete. If it just had the features and additions that’s to come, it would be hands-down the gold standard for what an expansion should be. That said, the actual content that you get upon purchase absolutely adds value to the core game and improves every aspect for short and long-time players, with the Team Deathmatch mode providing a more thrilling, action-focused Awesomenauts experience.