Dead Rising 3 was one of the better launch titles on the Xbox One. Not tied to small sections with load times and a mass of zombies filling your screen, Dead Rising 3 became what I finally wanted to experience. Even with some back story related DLC, I had my fill after finishing the game, but here they come with something right out of left field that is possibly the most bizarre and fantastic piece of DLC I’ve seen in awhile. If it isn’t apparent by name alone, this Capcom takes this DLC pokes fun at it’s self with the ridiculous name and fills the game with loads of fan service. If you own a copy of Dead Rising 3, do yourself a favor and splurge a bit on this crazy piece of content. 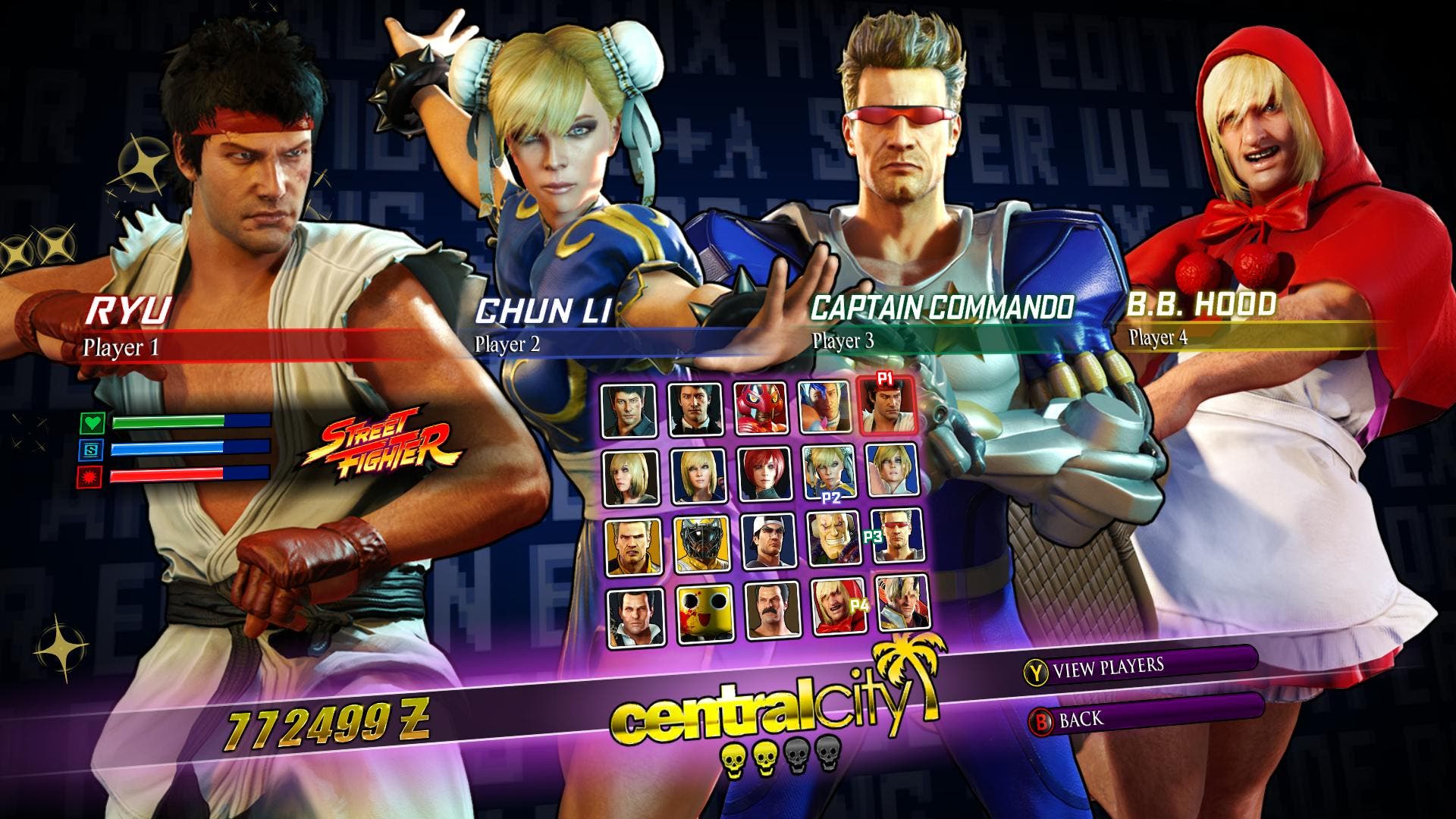 The Capcom-y-ness doesn’t end with its ridiculous name, the game is full of nods to other Capcom properties. There are four characters to choose from within the Dead Rising lore and it’s not hard to figure out whom they chose. You get your protagonists from each installment (Frank West, Chuck Green, Nick Ramos) and Chuck’s Daughter Amy.

The game is designed being 4 player co-op/competitive experience so you’ll want to bring some friends along for the ride. You can play by your lonesome, which I did for the majority of the time, so gather some friends and this game benefit more from it. Once you’ve chosen your character, you get to pick your costume. Each character has 4 to choose from and each outfit has different stats and attack animations associated with it. The costumes range from outfits seen in the DR universe to those donned by character in the Capcom wheelhouse. From PowerStone to Dino Crisis, Capcom has poured on the nostalgia heavy. Grinding is required to unlock the outfits so be prepared to play the levels over and over. But who cares, it’s hella fun. 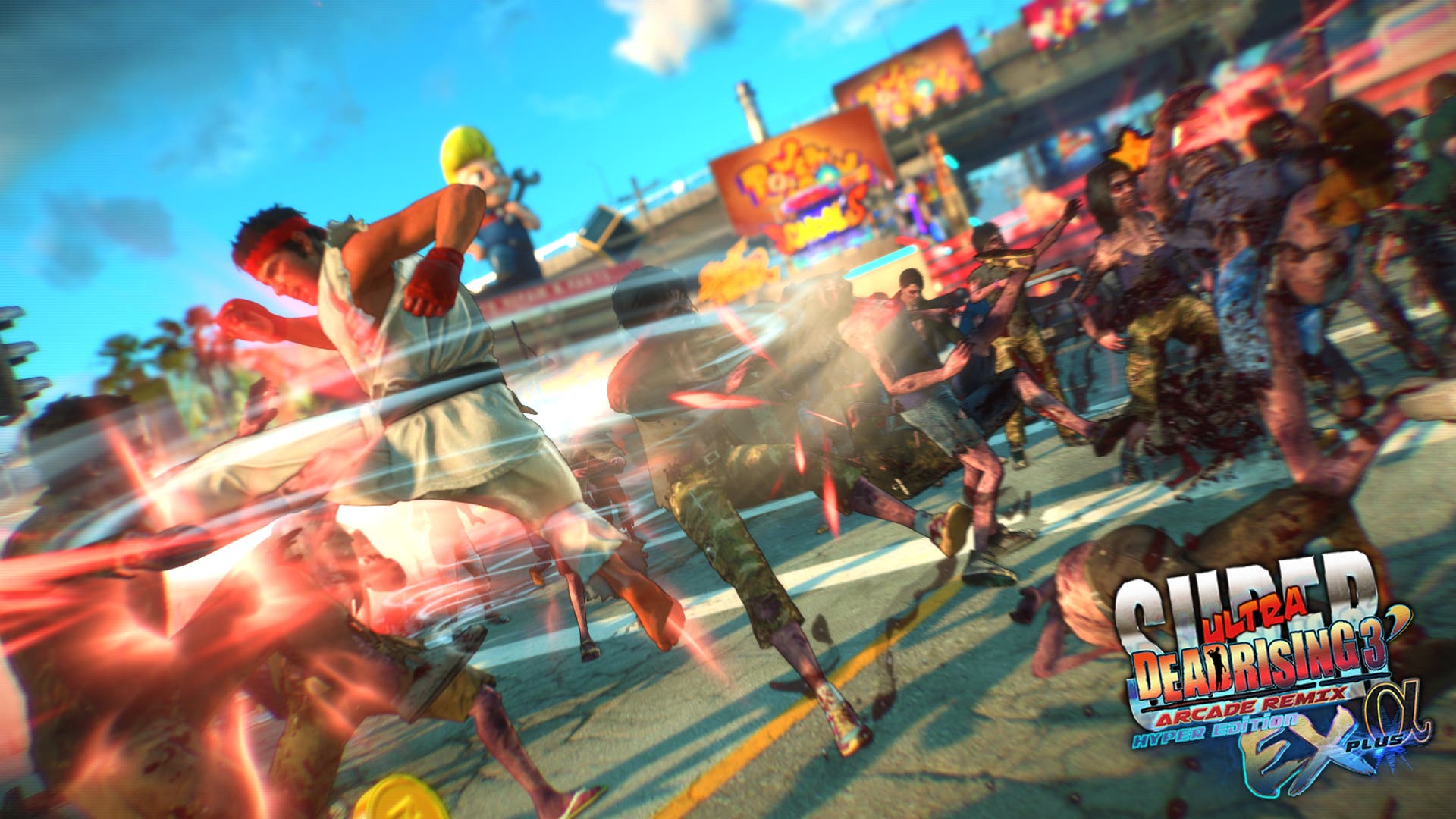 The main game is broken down into four areas with four missions and one bonus mission set for each. Everything is timed and contain objectives similar objectives that require you to destroy something, kill something, or save someone. The timer keeps you moving and grooving, sitting too long in a spot will eventually cause a failure and make you start from the first level again. if you ignore the timer though, you’re free to roam around and check out all the secret items and little nods “the developer” threw in. 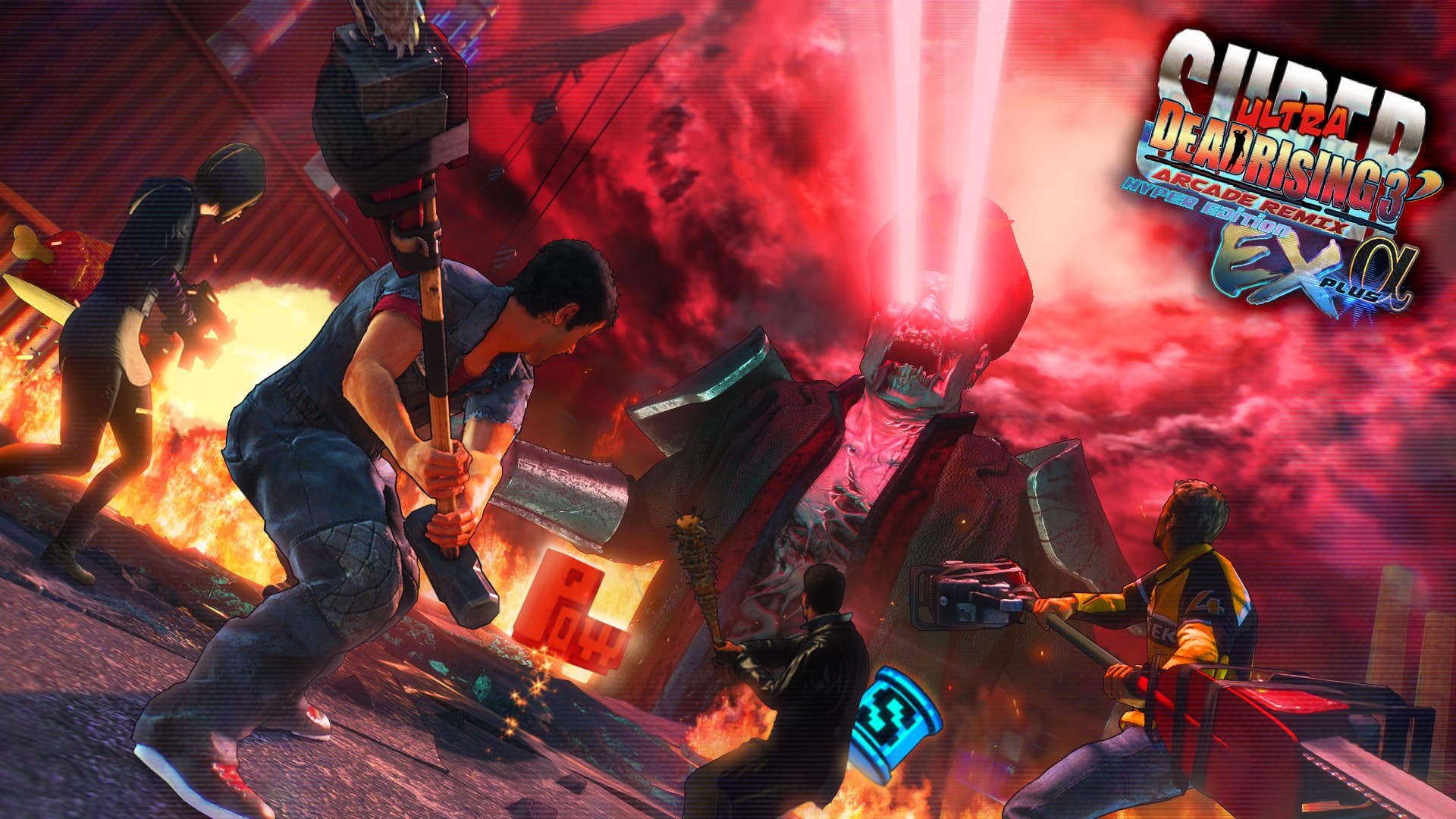 For $10 this is must recommend for Dead Rising 3 owners and even more so if you have a soft spot in your heart for Capcom overall. Even though you can play solo, the fun is in the party. Get this game, grab your friends with benefits, and just have a good old fashioned good time with SUDR3ARHEEXPA.

An Xbox One code was provided by Microsoft for review purposes