Publisher Iceberg Interactive announced today that its upcoming 4X space strategy game Lords of the Black Sun (PC), currently in Beta on Steam’s Early Access Program, has received a major new update, featuring the highly-awaited addition of multiplayer. Players are now able to forge in-game alliances with their best pals, or squash them with a galactic onslaught, in this original turn-based strategy game.

“We at Arkavi are pleased to announce the release of a brand new Beta build highlighted by the multiplayer mode,” said Mike Domingues from Arkavi Studios. “As always, we’ve been listening to the community’s feedback and we made significant progress since the first Beta. We will continue to work hard to make the great space 4X game we and the community have been waiting for.” 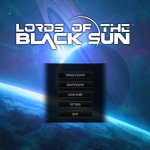 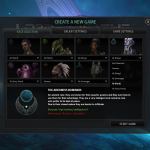 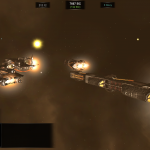 In Lords of the Black Sun gamers take command of one race to join the struggle for supremacy in the galaxy. As the leader of an empire players are tasked with exploring the stars, colonizing new worlds, managing their empire and conquering whoever dares to oppose them. Within a framework of turn-based strategy and turn-based combat,Lords of the Black Sun endeavors to differentiate itself by giving players the chance to beat their opponents by using Generals, diplomacy, intelligence, trading, or plotting the downfall of enemies by financing wars against them or aiming to cause anarchy.