Lords of the Black Sun gets first update since release While Arkavi Studios has regularly pushed smaller patches and improvements through the Steam pipeline since launch, this latest update is a lot larger and includes the following highlights:

Lords of the Black Sun also is available at a discount of 25% off this week on Steam! 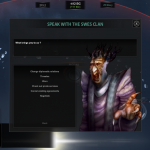 Lords of the Black Sun is an epic-sized 4X space-strategy game designed for players to take the command of one race to join the struggle for supremacy in a complex, living breathing galaxy. As the leader of an empire, gamers explore the stars, colonize new worlds, manage their empires and conquer whoever dares to oppose. Lords of the Black Sun offers a unique ship-building component to guide players in the single-player and multiplayer components of the game.