Team Junkfish are announcing the delay of their upcoming release “Monstrum” to January 2015.

The statement is as follows:

“This is not something that we have taken lightly, but truth be told we do not feel that ‘Monstrum’ will be at a level that we as developers, or you as players, will be happy with for our original release date. We have had a lot of feedback from the people who we have shown it to, and are incredibly greatful and happy for the support people have given ‘Monstrum’ so far in its early stage. As such it is up to the team to make sure that the game is as good as it can be, albeit a little late.”

On the topic of Early Access, the company states that:

“While it is a possibility we believe that Early Access is not the best fit for ‘Monstrum’ at this time. We are making a horror game, and we want to make sure that the horror factor cannot be undermined by some of the silly/funny/game-breaking bugs that may occur in some Early Access games. That does not mean that ‘Monstrum’ will never be an Early Access title, but we at Team Junkfish want it to be at the point where players can have a worthwhile experience even though the game would be incomplete.”

You can watch our Preview of the game while it is in Alpha: http://www.savingcontent.com/2014/07/09/monstrum-preview/ 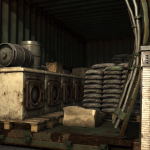 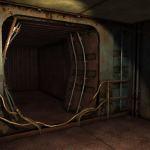 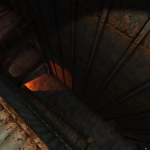