Legends of Eisenwald, the upcoming strategy-RPG from Aterdux Entertainment, is pushing its highly customizable gameplay even further with the release of the Scenario Editor and Modding Kit, along with a specially-created scenario, available today on Steam Early Access.

The Scenario Editor, featuring full integration with Steam Workshop, allows players to create everything from single scenarios to massive campaigns.  Player can keep things simple with auto-generated landscapes, or fine-tune every detail with plant seeding, texture mapping, and object placement to perfectly complement their custom events.

For the truly adventurous, the Modding Kit offers access to in-game icons, character and weapon files, landscape textures, music and sound effects, and more. You could implement your own custom coat of arms, make that golden sword you always wanted, or transform your party into a band of wild-eyed jesters…because, you can.

The new scenario, Cursed Castle, is an adaptation of the Cursed Lake scenario from Aterdux Entertainment’s previous game; Discord Times. Cursed Castle is a combat-focused scenario introducing the undead forces, and showcases the abilities of the newly released editor and modding tools. 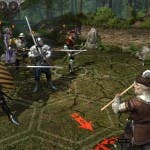 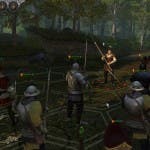 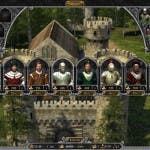 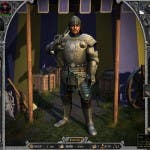 Legends of Eisenwald from Aterdux Entertainment is a strategy-RPG combining an original brand of tactical combat with extremely customizable characters in a medieval setting. Launching in Fall 2014, Legends of Eisenwald is currently available on Steam Early Access: http://store.steampowered.com/app/246760/