Today’s batch of assets stars Harkyn, Lords of the Fallen’s resident badass and shows his latest exploits in the upcoming game. Check Harkyn out as he commits horrid sins, takes on giant bosses, and still takes time to seduce a few ladies along the way. Lords of the Fallen will also be available in a special Limited Edition version that will include the official game soundtrack, Monk’s Decipher DLC which enables players to uncover hidden secrets, and the Demonic Weapons Pack DLC that gives players three additional special weapons to wield in battle. The Limited Edition will be a free Pre-Order upgrade. 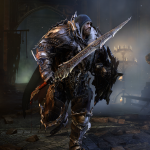 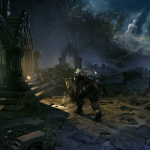 Lords of the Fallen will be available on Xbox One, PlayStation 4, and PC across the Americas on October 28, 2014.