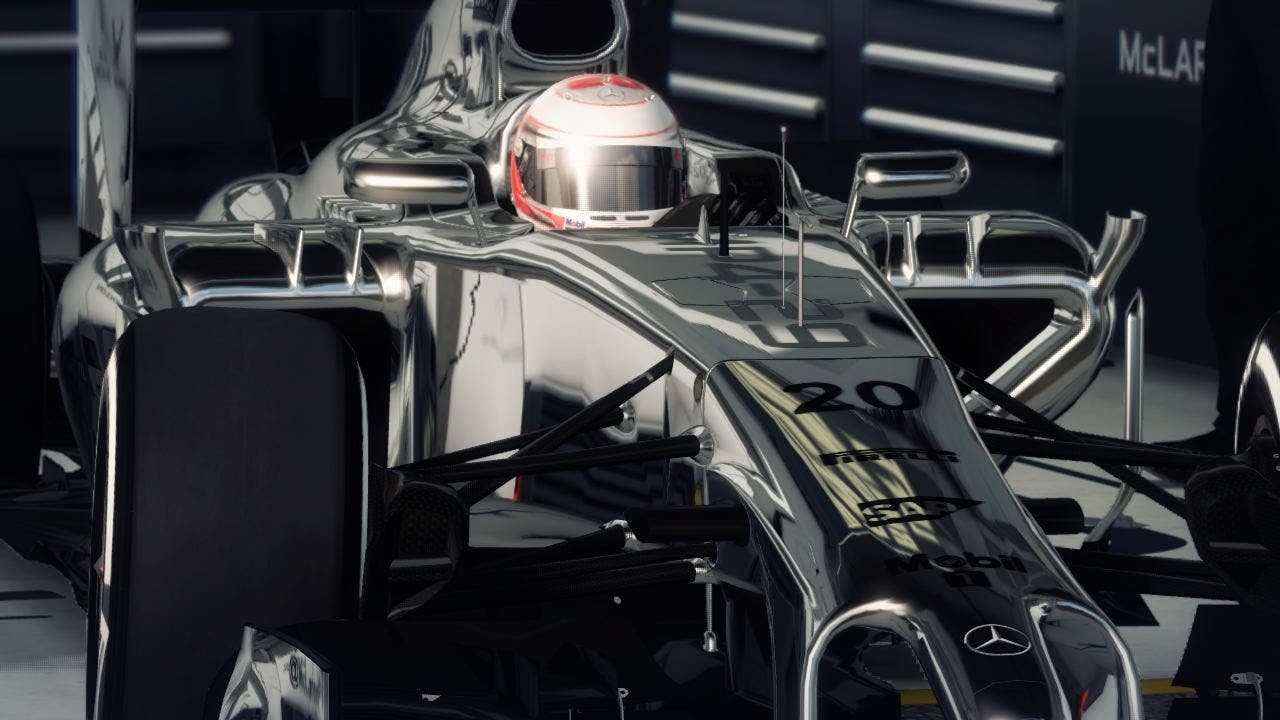 Codemasters today announced the road map for its award-winning FORMULA 1™ series of video games with two new titles set to appear across the console generations.

F1 2014 is the culmination of five years of experience developing officially licensed, award-winning FORMULA 1 video games and delivers fans the most accessible experience yet. F1 2014 will incorporate this season’s seismic rule changes – the most significant in the sport’s 60 year history – including new aerodynamic regulations and turbocharged power units. All but two teams have changed their driver line-ups and new circuits have been added to the roster. Players will experience how 2014’s radically different new cars feel to drive as the season’s cars, circuits and teams are authentically represented. F1 2014 also delivers a range of enhancements to create the most accessible FORMULA 1 video game from Codemasters to date. A new driver evaluation system
quickly identifies player ability and tunes game settings to an appropriate level, whilst re-graded difficulty settings enable players to compete at incrementally higher levels as they become more experienced. Experienced gamers, who enjoy a more serious
simulation of the demands placed upon FORMULA ONE™ drivers, can customise their settings to provide a true challenge.

In 2015, Codemasters will introduce a new FORMULA 1 title for PlayStation 4, Xbox One and PC. The title will launch earlier in the FORMULA ONE season and players will receive digital updates for the game as the 2015 FIA FORMULA ONE WORLD CHAMPIONSHIP™ unfolds, enabling players to compete against the drivers and teams they watch week in and week out.

“This is the year it all changes – for the sport and for the game,” explained Stephen Hood, Creative Director for the F1 series at Codemasters. “There’s been a dramatic shift in the sport; the largest shake up in the rules and regulations for a very long time and the new power units provide a very different kind of challenge, for both driver and team. By delivering all of these changes, F1 2014 will make for an exciting and refreshingly different experience. Additionally, with the new driver evaluation system analysing each player’s skill level and suggesting appropriate game settings, plus re-graded difficulty levels including a brand new Very Easy setting, we aim to deliver a thoroughly rewarding F1 experience for players of all abilities, from
the novice to the seasoned pro.”

“Our title for the new generation formats will mark a huge step forward for the
F1 series. We want to be out there earlier in the season and deliver new season
content updates digitally as the 2015 season progresses; it’s very exciting for the series
and our players.”