The Settlers – Kingdoms of Anteria is a hybrid of RTS and City Building, Closed Beta Upcoming

Today Ubisoft and Blue Byte revealed gameplay from The Settlers – Kingdoms of Anteria, the latest installment of the world-famous building strategy franchise. The online PC game Kingdoms of Anteria takes players on a new The Settlers journey where they manage an emerging economy to create a bustling kingdom while leading their champions through dangerous and challenging adventures.

The Settlers – Kingdoms of Anteria offers a unique combination of persistent city building and real-time action strategy. Players will work to build up, control and optimize their production chains and economy to unlock building upgrades and new sectors, resulting in kingdoms growing larger than ever before. They will also have the opportunity to face-off against fierce enemies and frightening bosses in tactical battles to earn resources and special loot as they level up. Players can choose the champion class and skill set that best suits their play style from the thousands of different combinations possible.

Players can also team-up with up to three friends to dive into adventures that will help them collect loot while discovering the secrets of the untamed lands of Anteria. They can also visit and trade resources with friends to create a healthy supply chain and economic growth. No matter what players prefer, they will be able to focus gameplay on their favorite feature, either developing the Settlers’ kingdom and optimizing the economy or seeking tactical fights and new adventures.

The Settlers – Kingdoms of Anteria will be featured during Gamescom in Cologne, Germany from August 13 – 17 at the Ubisoft’s business booth in hall 6.1, stand B020. 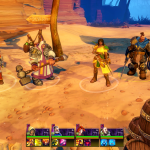 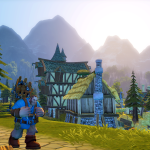