Independent developer Rebellion today released two pieces of new DLC for Sniper Elite 3 on Steam for PC, with the same content due to come to Playstation 4, Xbox One, Xbox 360 and Playstation 3 in the near future. 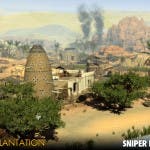 The third of four FREE multiplayer maps for Sniper Elite 3 players on all platforms, Plantation sees Rebellion’s Runcorn studio play with the typical conventions of the series’ multiplayer design.

Once again highlighting the lush variety offered by the game’s North African setting, Plantation is flanked by a traversable swamp while a water wheel irrigates the surrounding areas via a network of shallow trenches, offering opportunities for stealthy movement and quick escapes.

Eschewing the traditional battles for a handful of commanding views, Plantation offers an open and rewardingly complex environment encouraging snipers to think creatively about their location and movement. 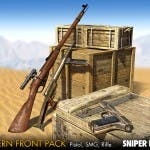 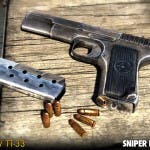 Imported from the bitter climes of Eastern Europe, some of World War Two’s most iconic weapons are now available to play in Sniper Elite 3 via the Eastern Front weapons pack.

Available for use across all game modes the pack includes the Blyskawica submachine gun, the Tokarev TT-33 pistol and Mosin-Nagant rifle.