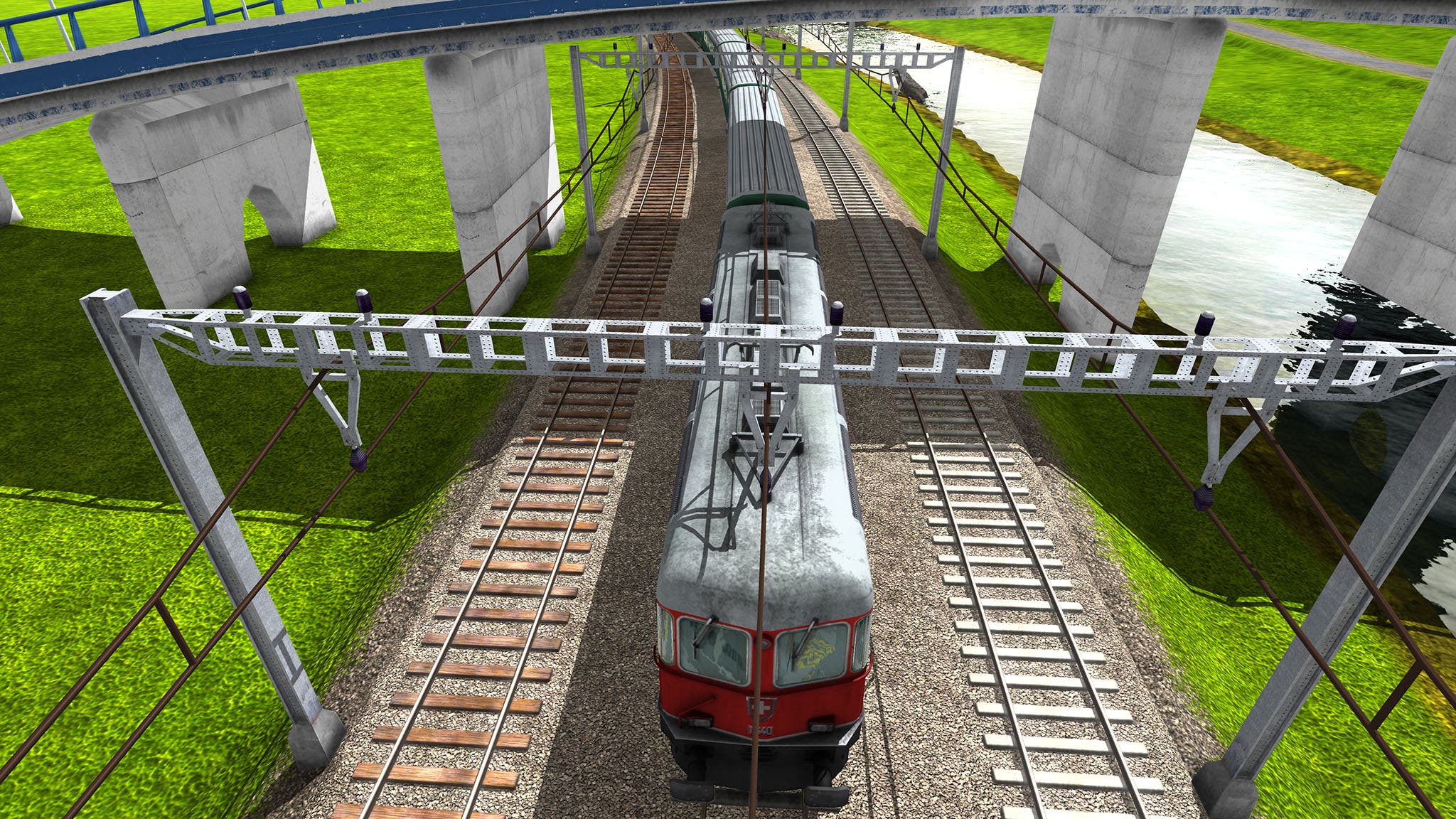 All over the world, the advent of the locomotive created an explosion in creating trans-national travel speedy compared to other means, back in the 1800s. In PC gaming, train simulations have recaptured these historic events by allowing you total control. After a successful Gambitious campaign, Train Fever was allowed to be made, and is dubbed an “unofficial remake of Transport Tycoon“. Train Fever is a simulation game that is nation-agnostic and allows you to build up a railroad monopoly from scratch. 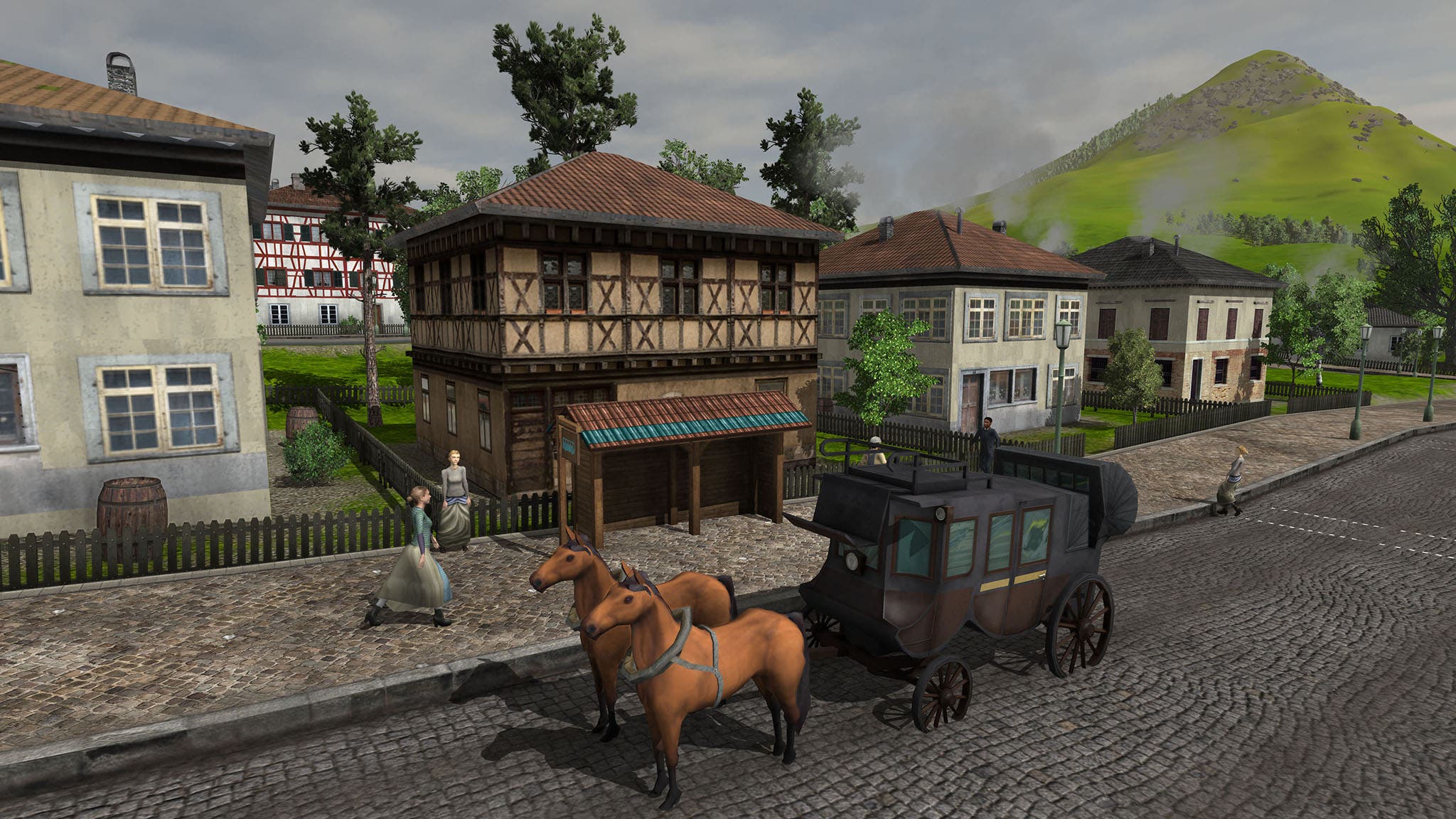 Getting started in Train Fever is fairly easy, as you’ll select the size of your world, where even the small size is quite large, the type of terrain: flat, hilly, etc. and you’ll be off. There’s even an option to type a hashcode that will generate specific worlds, which is really awesome. Building your first set of tracks could be bewildering, but thanks to a tutorial, you’ll be off on your own… with no idea what to do next. It feels you could be taught so much more, but in the middle of class, the professor just got up and left – never to be heard from again.

The first 50 years are immensely slow, even with time advanced 3x, but as you reach certain year milestones, new games can be created from those points going forward if you wish. There’s an implication in the game’s title a solitary focus on trains is all there is, on the contrary, you’ll have to ensure that bus lines are maintained to get your people to the train stations to begin with. You can build lines to link towns to towns, factories or mines to towns, and however else you would need to effectively transport people and cargo for efficiency. The free-moving camera allows you to look at anything from any angle with multiple levels of zoom. 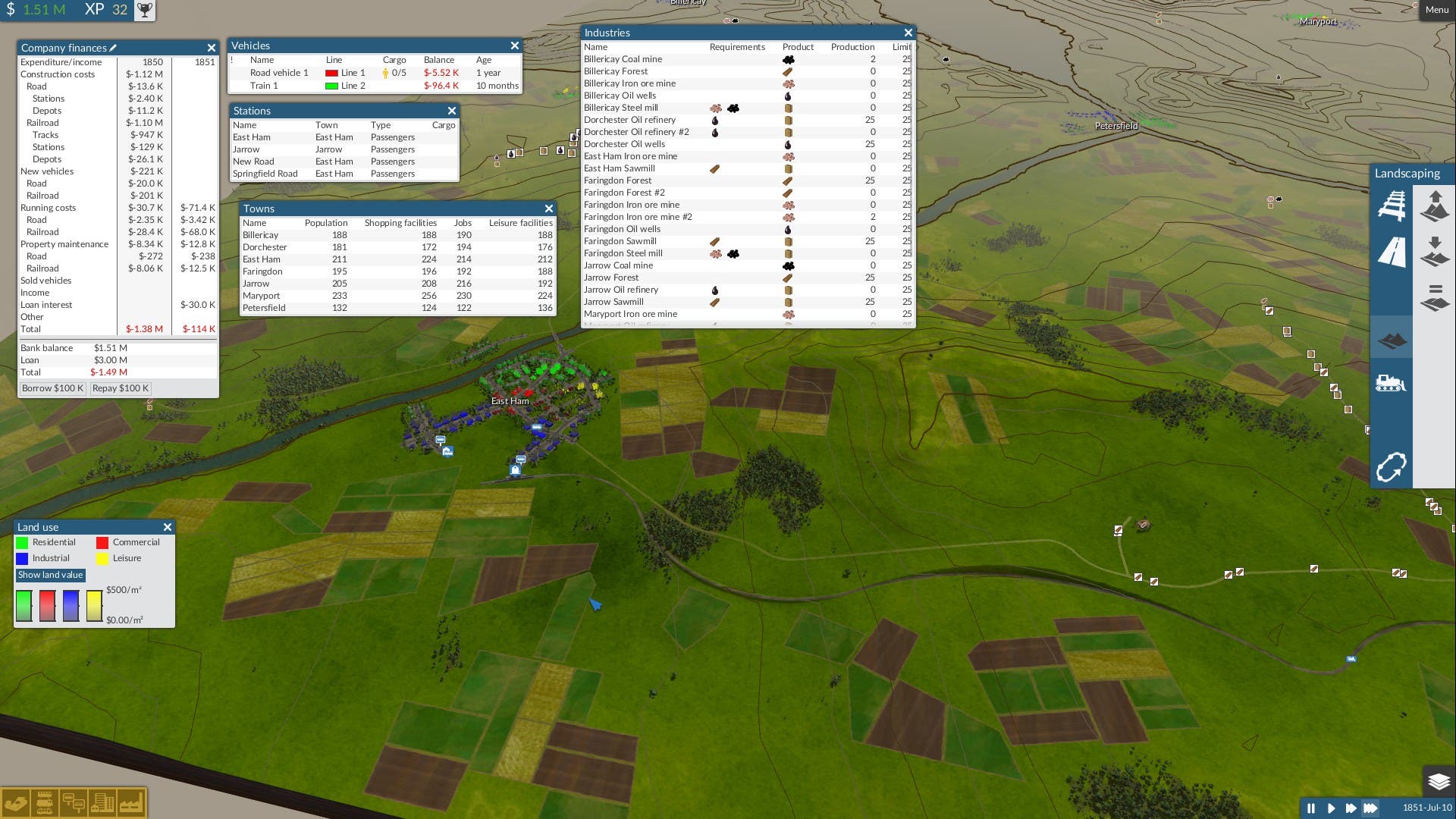 The world of Train Fever updates with the times, buildings will rise and fall, towns will expand and segregate by industrial, residential, and commercial in a very naturalistic way. Sadly, the train stations do not. You have to go and manually bulldoze them, and rebuild them to be technologically relevant. It’s not a huge task, but by the time you have to make these type of upgrades, you are managing multiple towns, lines, and railways that this level of micromanaging becomes simply unenjoyable.

You’ll find the game is quite lonely, as you’re just competing with yourself. As in, there’s no rival business or up-and-coming snotty railway manager with a curly mustache trying to overtake you. I mean, it’s fine, but there’s no carrot-on-the-stick or any incentive to keep progressing, and the only goal you have, is not to run out of money. A little incentive or something goal-based, perhaps even scenarios, would have gone a long way. Without it, everything you do seems to come up short. 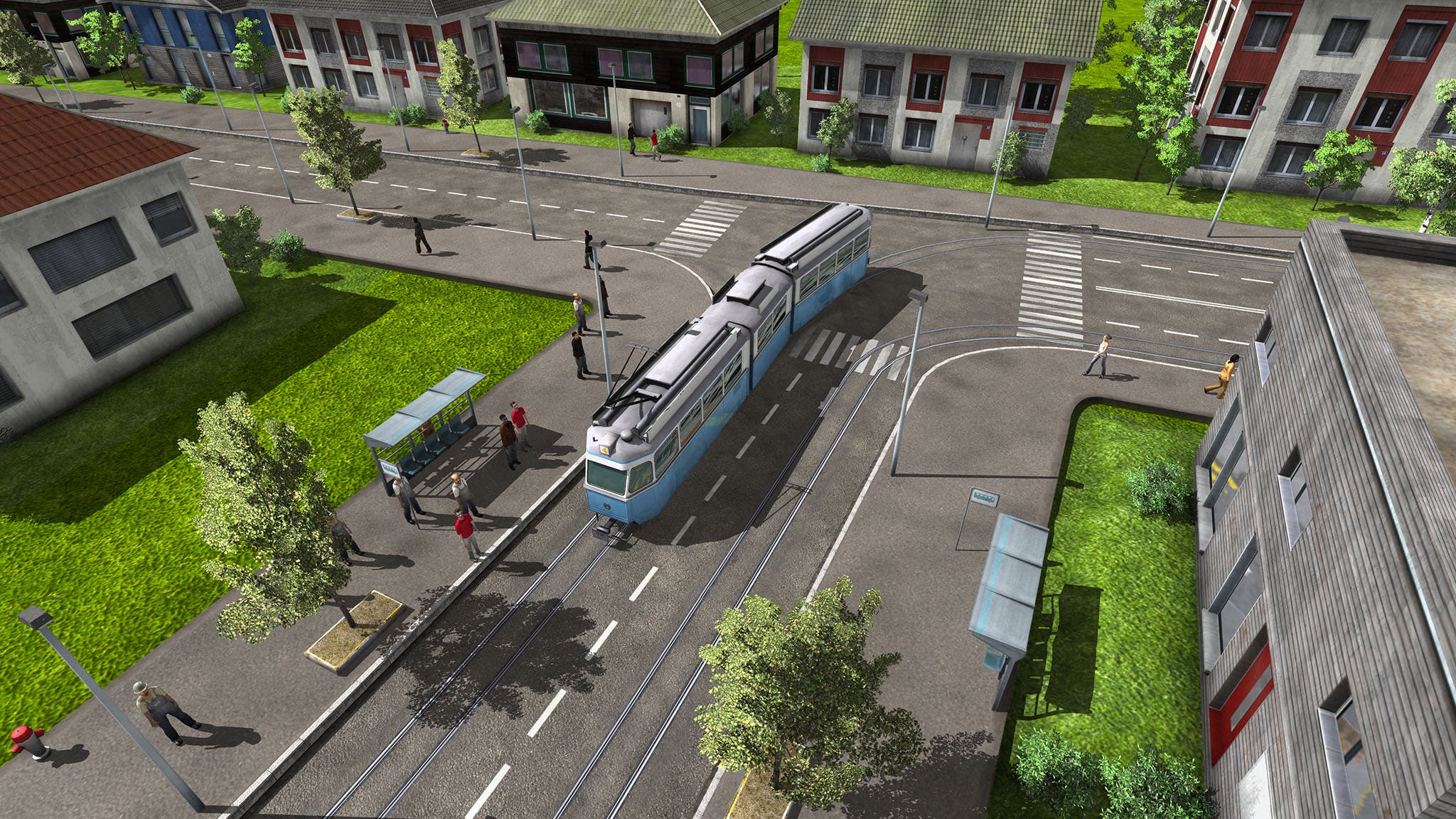 Flat colors befall the world of Train Fever. It never just pops with the visual flair that games in the genre already have been doing. Just look at the original Transport Tycoon, vibrant colors exuded from every pixel. The game here, looks very bland, which doesn’t set a good tone for your time with the game, as at times it can be quite the opposite.

Achievements in-game have a point value, and translate to displaying “XP”, which I assume means experience points. I assume it’s some sort of measuring stick of your personal experience playing the game. I really don’t know what it is, and the game refuses to tell you what it’s for. 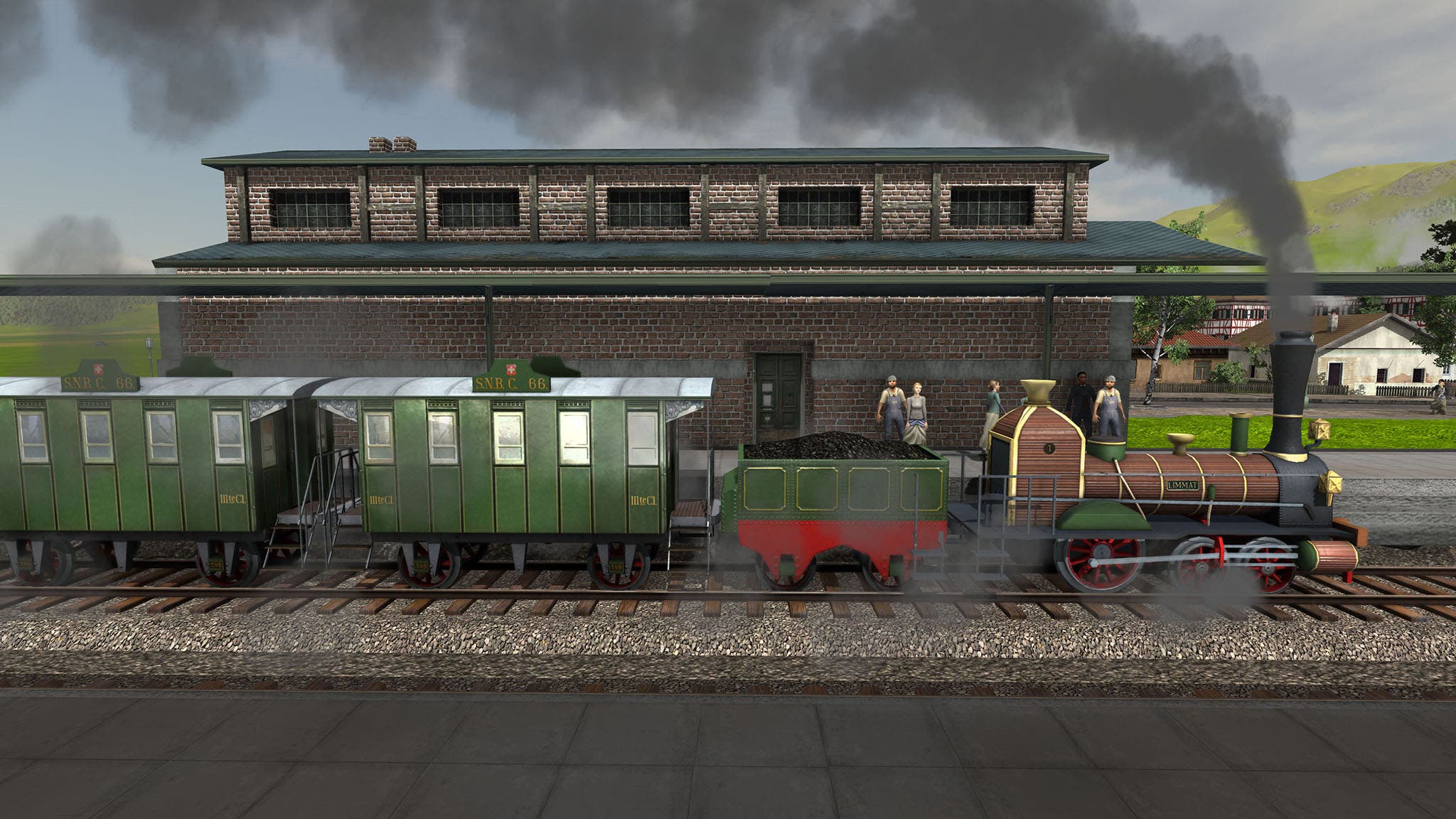 Let’s talk about the UI for a second: It is pretty bad. There are mods out there that actually fix certain elements of it, as players have been unhappy with what comes with the game. That’s pretty telling.

Tracking the game’s economy is very simple, accessible by watching a dynamic spreadsheet update, giving you all the information you need. In fact, the game does a really good job of not hiding any information. You can call up a good number of panels to relay information to you. From the financials screen, you can make a payment towards, or borrow more money from loans. All of these information panels can be rearranged on your screen to work for you. 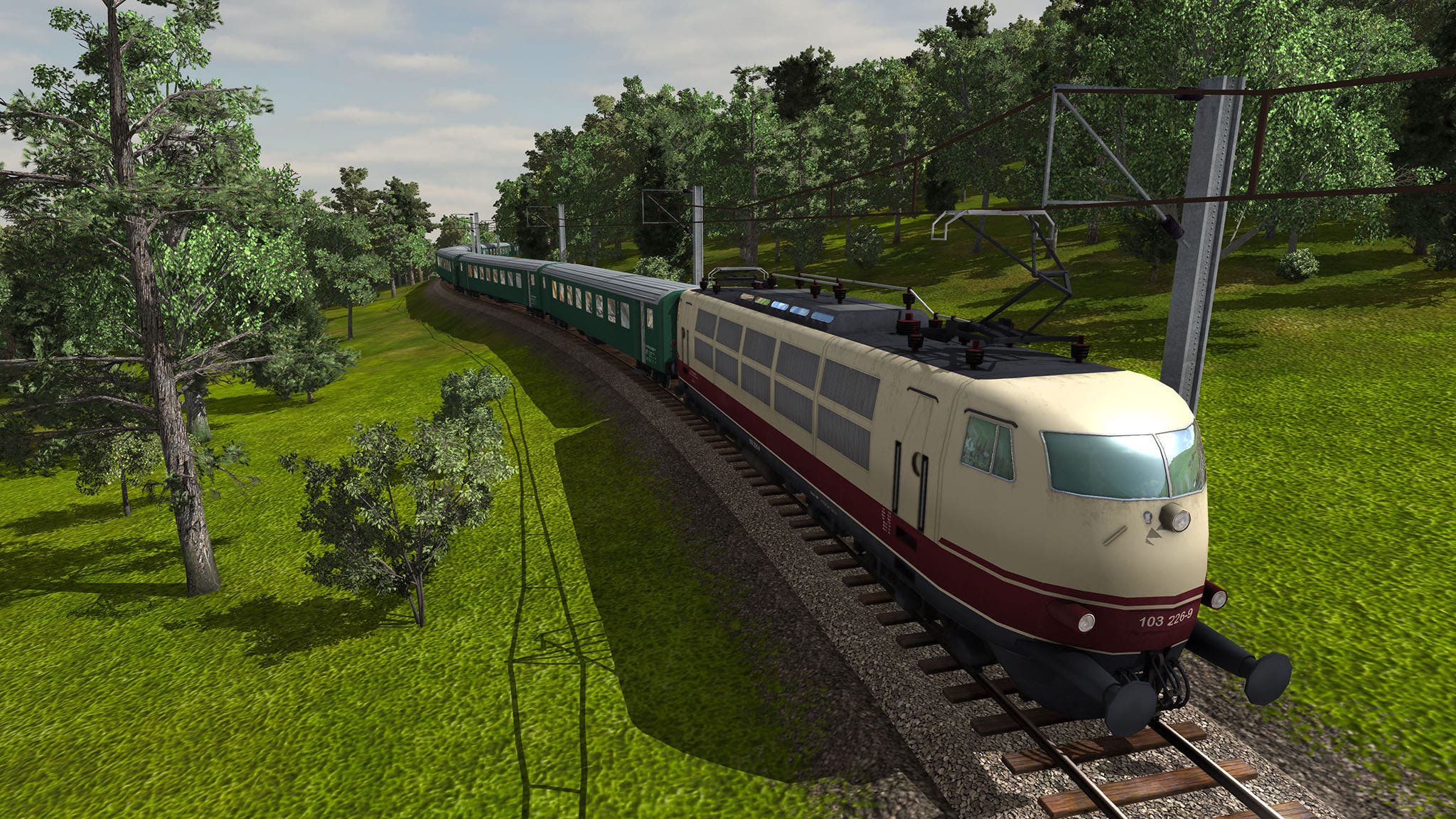 Train Fever is a bit underwhelming at times, but provides steps forward for the genre that it sorely needs, such as urban growth, fully 3D world, and great track tools that curve naturally and attach with precision. With no new Transport Tycoon or Railroad Tycoon on the horizon, there’s enough here to enjoy the lengthy games as you can experiment with different strategies and terrain with each playthrough. I just wish there more tutorials, more things to do, and just an overall goal you are trying to reach to give you something to accomplish. But no question, there’s a challenging game that awaits you, with a few more patches, you will come down with Train Fever.