Farming Simulator 15 to be the FSOTY (That’s “Farming Simulator Of The Year”, if you didn’t know)

Sticking to the recipe that has so far proved such a smash hit (over 2 million units sold on PC and consoles with the previous 2013 version), the Farming Simulator franchise will be entering, in October, in a new era!

A new graphics and physics engine, new visual effects, a new interface, new gameplay mechanics, new vehicles and, of course, a new and vast game environment… Farming Simulator 15 combines all the right ingredients to offer the richest and most detailed farming experience ever, coming to PC on October 30! Console players may rest assured that they have not been forgotten: the game will also release on PlayStation 4, PlayStation 3, Xbox One and Xbox 360 early 2015.

Now, to give fans a taste of the new arrival releasing on PC next month, a herd of new screenshots is available to view today, transporting you to the beautiful countryside of the new Nordic environment featured in the game! 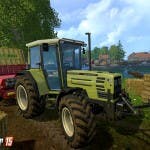 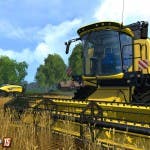 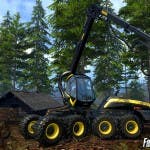 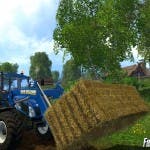