9.3 marks the addition of several light tank lines and brings into the mix the US T37, M41 Walker Bulldog and T49, the German Spahpanzer Ru 251, and the Soviet LTTB and ?-54 Lightweight.

Players will now be able to enjoy updated in-game rules that promote a more friendly gaming experience by introducing penalties that would affect players who are inactive in battle or exit before their tank is destroyed.

The first major update to Strongholds also introduces new functionality for Legionnaires, which gives players the opportunity to participate in Strongholds Skirmishes without joining a clan, and adds a new building, War Department, allowing clan members to easily relay distinctive special instructions to the rest of their clan.

In addition to these new features, the game has received a complete overhaul of destruction and graphical effects, as well as new Garage design. 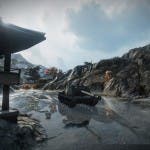 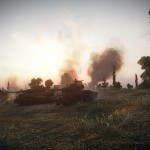 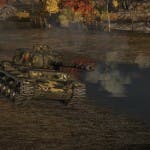 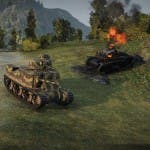