Stardock announced today the Early Access beta of Sorcerer King, a new breed of strategy game in which the player must stop a single, overwhelmingly powerful enemy from destroying the world. In Sorcerer King, the doomsday counter is always advancing; only by recruiting powerful champions, crafting magical artifacts to customize their capabilities, and expanding your kingdom can you stop the Sorcerer Kings apocalyptic plan.
The Sorcerer King beta is available now at http://store.steampowered.com/app/241990 for $39.99 (discounted 15% to $34.00 for a limited time). Players are able to explore a vast and detailed world, finding treasure and adventure throughout the monster-infested wilderness. Overcome tough but often amusing dilemmas in hundreds of quests written by Cracked.com’s Chris Bucholz, and command your armies in tactical battles against the Sorcerer King’s monstrous hordes. You must defeat the Sorcerer King’s terrifying lieutenants to unlock the Shadow Gate and eventually battle the dark demigod himself or all will be lost. Again.

A sophisticated “Game Master” AI controls the Sorcerer King’s unscripted assaults. Unlike traditional 4X games where evenly matched rival factions race toward diverse victory conditions, Sorcerer King has the player and his enemy playing by an entirely different set of rules. The Sorcerer King doesnt need to crush your empire, he just needs to destroy the magical shards in order to enact his doomsday plan. Defending the shards, not careful plotting toward economic victory, is the only way to save the world.

Sorcerer King is a new model for 4X games, said Derek Paxton, VP of Stardock Entertainment. Instead of competing against equal players, youre behind the eight ball trying to stop the Sorcerer King and his minions from destroying the world. Its strategy gaming under a guillotine.

Many additions are planned for Sorcerer King as it proceeds toward full release early next year. Among those, minor factions that can be wooed by either the player or the Sorcerer King are being fleshed out with deep questlines and unique units (though from the Sorcerer Kings perspective, the players kingdom is a minor faction too  beware of envoys bearing gifts). Five more sovereigns to play as, each with their own skill trees, spell lists, and special units, are coming soon. A limited number of maps are available currently for the purpose of focusing feedback, but many hand-crafted maps as well as random maps will be added as the beta continues. 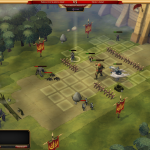 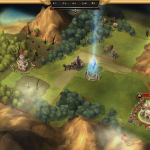 The Sorcerer King beta is available now on Steam Early Access. The full game is planned for release in spring 2015. Join the Sorcerer King development team for live streams of the game every Wednesday afternoon at http://www.twitch.tv/stardock.