Stardock released the second beta for its upcoming asymmetrical 4X fantasy game Sorcerer King today, which includes incredible new spells that open up new strategic possibilities, new sovereigns to choose from, brand new monsters to fight, and increased faction interactions. Sorcerer King is due out in early 2015 and is currently available on Steam Early Access (http://store.steampowered.com/app/241990/) for $39.99.

In this new style of 4X gameplay, the Sorcerer King presents players with an asymmetrical turn-based strategy game in which the Sorcerer King himself has already conquered the world. You and your former opponents are now merely remnants of your former selves who must band together to stop him before he completes the Spell of Making and destroys everything you hold dear.

Sorcerer King Beta 2 makes the titular character even more powerful by giving the evil overlord new spells and monsters, but players also have new tools to combat him. World-breaking geomancy spells have the power to transform the land itself into both a weapon and a resource, allowing players to come up with new tactics in the struggle to stop the Sorcerer Kings apocalyptic plan.

New in Beta 2, harvesting mountains, forests, and fertile plains allows players to stockpile the goods they need to craft the finest weapons, armor, potions, and scrolls that can give their armies the edge on the battlefield. The price is steep, though, as cracking the world like this pushes the Doomsday Counter forward and the Sorcerer King closer to ultimate victory  and hastens the spread of the corrupted Shadowlands the Sorcerer Kings minions call home.

Two additional sovereigns are newly playable in Beta 2 as well: 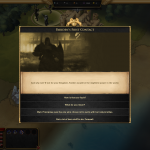 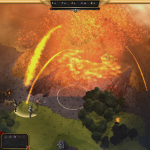 Many more additions and improvements are in Sorcerer King Beta 2, including minor faction quests and several new monsters. See the full changelog athttp://forums.sorcererking.com/459275/page/1/