Game development studio Other Ocean Interactive, in a collaborative effort with a wide assortment of industry friends, are pleased to announce the inclusion of guest characters for #IDARB (It Draws A Red Box) – the upcoming crowd-sourced, 2D sport-platformer scheduled to launch this year via ID@Xbox on Xbox One, the all-in-one games and entertainment system from Microsoft.

While players everywhere can preview #IDARB’s pixel-specific character creation tool on the game’s website, (www.idarb.com) and create their own highly customized characters, many illustrious developers have already contributed guest teams featuring their own trademarked characters for inclusion in the game’s release.

“This is how we like to make games, with our friends” said Other Ocean’s head of development, Mike Mika. “We’ve been fortunate to be part of a great community of developers, and #IDARB is our love letter to both old-school arcade games and modern favorites. These games and the people who have made them have inspired us throughout our careers, so it’s been incredibly rewarding and humbling to have so many talented devs willing to share their creations with us.”

The list of guest teams include a variety of characters from developers including, Double Fine, Team 17,Oddworld Inhabitants, and Capy Games. The teams are as inspired as they are eclectic, including an Intellivision team, Harmonix’ Rock Band™ Instruments, the casts of Divekick, D4: Dark Dreams Don’t Die, and the forthcomingLovers in a Dangerous Spacetime, with more to be announced.

“I see #IDARB as a much more cost-effective way of getting our characters out there than actually making games ourselves,” said Double Fine’s Tim Schafer, “with possibly the most emotive and expressive versions of our characters available everywhere. Can a game make you cry? Yes, #IDARB can.” 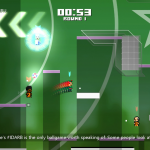 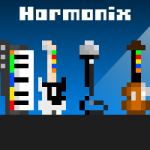 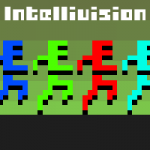 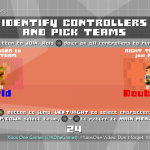 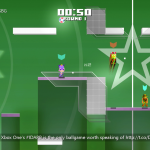 #IDARB is scheduled to be available this fall on Xbox One. More details on the game’s availability will be coming soon.