El Presidente is the master of many impressive traits, such as dictating, manipulating and undermining. He’s never been called a sell-out before though, so now he wants to add that to his resume! Help him achieve his dream and aid him in the brand new Tropico 5 DLC ‘Joint Venture.’ Abandon the beauty of traditional Tropican cuisine and bring the riches of the fast-food industry to the island. Build your own burger joint, destroy the competition and adorn your El Prez in the magnificent McWig avatar accessory. Plus, there’s also a brand new sandbox map and audio track to add to your game!

The ‘Joint Venture’ DLC for Tropico 5 is out today for PC, Mac & SteamOS via Steam for $3.99. For non-Steam users, the PC version of the DLC is available right now via http://launcher.kalypsomedia.com/

Included in the ‘Joint Venture’ DLC 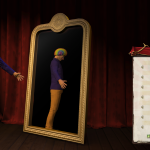